President Jokowi Responds to Concerns of Fishers in Gresik 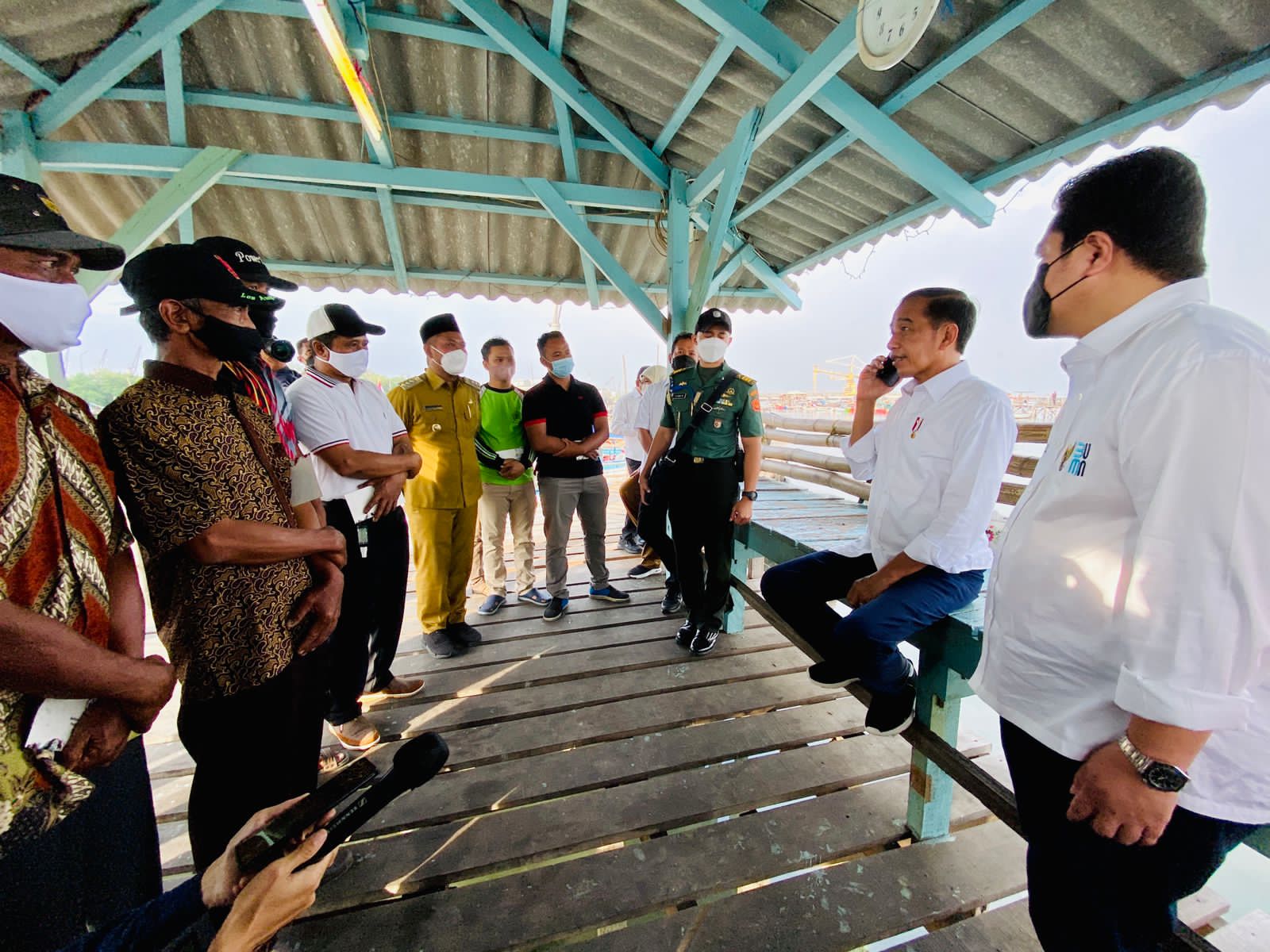 During the dialogue, the fishers addressed three concerns to the President, with diesel fuel being the first of the three.

“First, I met fishers to examine in detail how much they earn each day and what difficulties they face. Here, it is also hard to get diesel fuel. Although it is available, it is a bit difficult to get. Therefore, the issue was solved by Minister Erick (Minister of State-Owned Enterprises) and Minister of Marine Affairs and Fisheries. A small petrol station will be made especially for fishers, as the Regent said, [owned by] Regional-Owned Enterprises,” the President said.

Second, the fishers voiced their concern about siltation in their area. In response, the President stated that he will order Minister of Public Works and Public Housing Basuki Hadimuljono to immediately solve the issue.

“I will order Minister of Public Works and Public Housing to overcome it as well,” he said.

Finally, the fishers complained that ownership certificate cannot be made for the land around the beach as the land was formed due to alluvion. The President then ordered Minister of Agrarian Affairs and Spatial Planning/Head of the National Land Agency to handle the issue.

“Alluvion is similar to land reclamation, but it is naturally formed by sediment. They said certificates cannot be made for this land. I directly called Minister of Agrarian Affairs and Spatial Planning, he said it can, so we will finish it,” the President said.