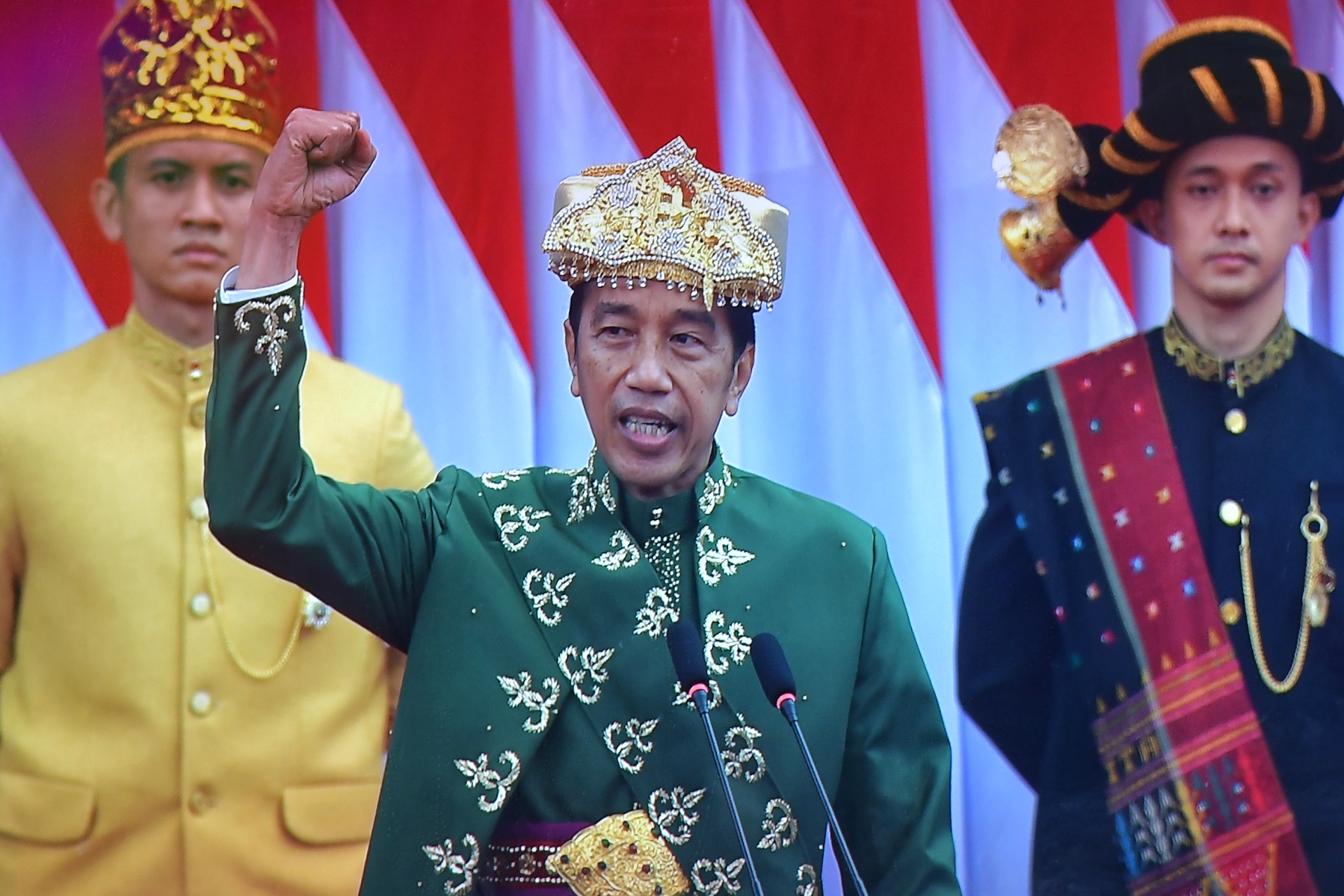 President Joko “Jokowi” Widodo Tuesday (08/16) affirmed the Government’s commitment to continue the nation’s grand agendas to achieve an Advanced Indonesia and to develop an inclusive, fair, and sustainable Indonesia.

On that occasion, the Head of State revealed five grand agendas that must not stop. They are as follows:

First, downstreaming process and industrialization of natural resources must be carried on.

“I remember in 2014, the export value only reached Rp16 trillion. However, it increased to Rp306 trillion in 2021 because it had been exported as semi-finished goods and finished goods. By the end of 2022, we hope this figure can reach Rp440 trillion. That is only from nickel. Once again, that is only from nickel. In addition to tax revenue, the foreign exchange is also expected to rise so Rupiah exchange rate will remain stable,” President Jokowi said.

Besides nickel, the President added, the Government will also continue to encourage downstreaming of bauxite, copper, and lead.

“We need to be brave. We need to build an integrated ecosystem for industry in our country which will support the development of global green economy ecosystem,” President Jokowi asserted.

According to the President, nursery and rehabilitation of tropical and mangrove forests as well as marine habitats will continue to be carried out and potentially become carbon sinks.

“Green industry zone in North Kalimantan will become the biggest Green Industrial Park in the world. I believe that we will become a competitive green product manufacturer in the international trade,” the President added.

President Jokowi said that this effort could be directly synergized with a program to improve food production and bio energy, adding that, the utilization of marine biodiversity wisely will become the biggest source for food, pharmaceutical, and energy products.

In regards to rice consumption, President Jokowi further said, Indonesia no longer imports rice for consumption for the last three years. Dam and irrigation constructions have supported the growth of our national productivity.

Moreover, Indonesia has just received an award from the International Rice Research Institute, which was witnessed by the FAO, because the country is deemed capable of achieving food security and food self-sufficiency since 2019.

Third, legal, social, political, and economic protections for society must be continuously bolstered.

President Jokowi said that the realization of civil rights and democratic practice, women’s political and marginalized community rights must be guaranteed. Law also must be upheld equitably and indiscriminately.

“Safety, social order, political stability are pivotal. Senses of security and justice must be guaranteed by the state, especially by the law enforcement officials and judicial institutions,” the President added.

Apart from corruption eradication, the Government kept paying serious attention to the settlement of the past gross human rights violations. In addition, agrarian reforms, social forestry, and land certification must continue.

Fourth, MSMEs must be continuously supported to level up.

“Various low interest loans will not stop. MSMEs’ products listed in the Government’s e-catalogue are expected to increase sales. At the same time, the State Budget, Regional Budget, and State-owned Enterprises obligation to procure domestic products must consistently be overseen,” the President added.

Fifth, the construction of National Capital of Nusantara (IKN) must not stall.

“The IKN is not only for state civil apparatus, but also a city of innovators and entrepreneurs. The city will not only house government offices, but it will also become a new economic driving force. It will not only be an ordinary city, but it will be a forest city with world class education and health services. The construction of the Central Core of the Government Area is indeed financed by the State Budget. However, 80% of private investors are invited to participate,” President Jokowi said.

Furthermore, the Head of State called on all elements of the nation to unite, to support the grand agendas for the achievement of Advanced Indonesia with commitment, with hard work, innovation and creativity. (DND/MAY/FID/UN) (AP/MMB)