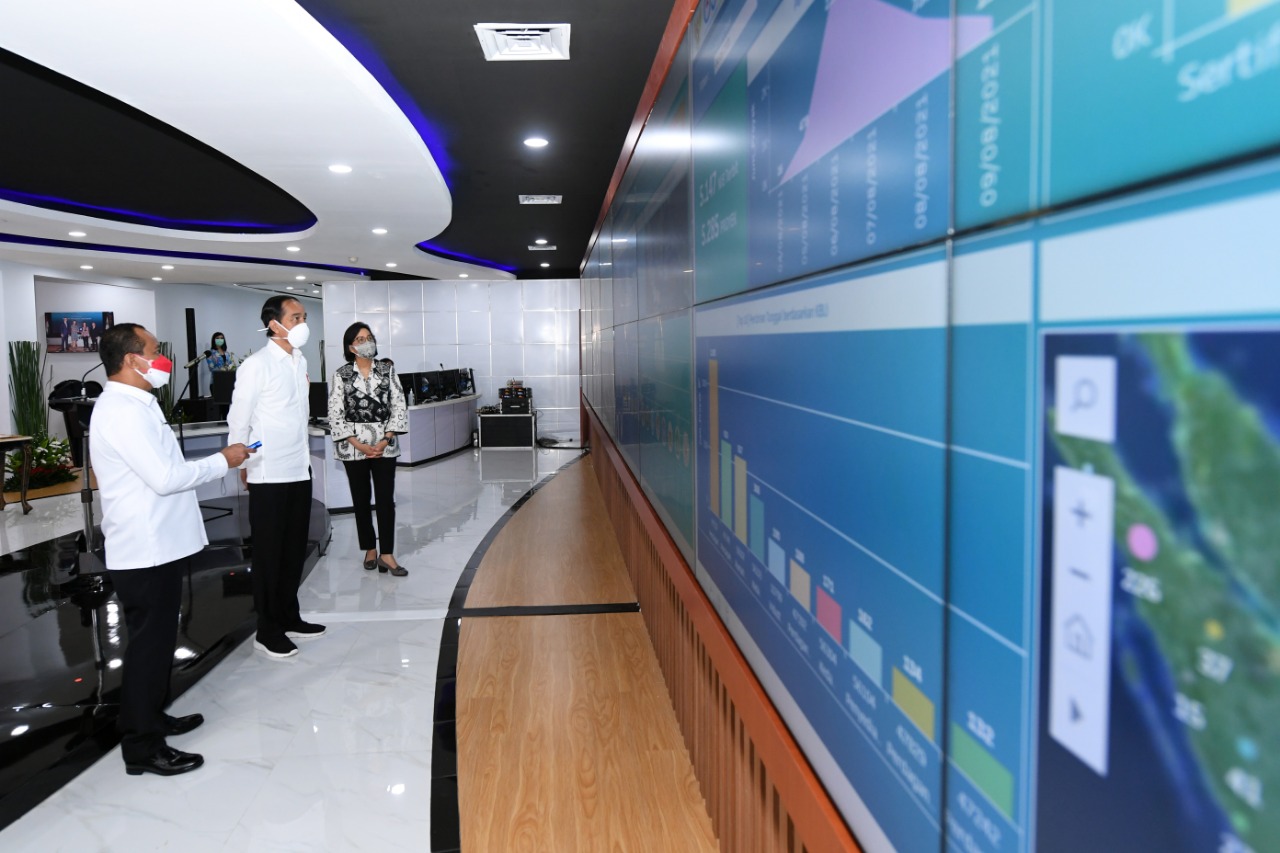 President Joko Widodo accompanied by Minister of Finance Sri Mulyani and Minister of Investment on of the launching of risk-based OSS system in Jakarta, Monday (09/08) (Photo by: BPMI/Lukas)

“Let me reiterate that the risk-based OSS service is not (aimed) to deprive regional governments of their authority. It has been addressed by Minister of Investment. Instead, it is aimed at providing standard of services for every level of government that issues licenses, be it the Central Government or regional governments so that the responsibility becomes clearer and the services are more synergized,” the President said in his opening remarks of the launching of risk-based OSS system in Jakarta, Monday (09/08).

According to the President, he has listened to aspirations of businesspersons, including small, medium, and big business people who addressed the need for easy, fast, and simple business licensing services.

“If this is fulfilled, I am sure it will bring significant impacts to the growth of national and regional economies,” he said, adding that related stakeholders in the Central Government and regional governments must remain disciplined in providing ease in OSS.

“I refuse to hear that business people still face difficulty. I do not want to hear about bribes anymore. Everything must be carried out openly and transparently to facilitate business people. If there are government apparatus that are not clean, that tries to (corrupt), report them to me,” he said.

On that occasion, the Head of State also underscored that amid the pandemic, the Government will continue to carry out structural reforms and ensure ease in operating businesses in Indonesia, adding that licensing reform is the key to those measures.

“We want business climate in our country to be more favorable for to ease micro, small, and medium enterprises in starting their business, to increase the trust of investors in opening as many jobs as possible so they become a solution to the rising unemployment rate caused by the pandemic,” he said.

The President also pointed out that in the 2020 World Bank report, among 190 countries, Indonesia is in the 73rd place in the index of ease of doing business.

“It shows that we have entered the easy category, but this category is not enough. We must be able to improve from easy to very easy. That is our target,” he said, adding that ease of doing business and investing will boost job openings and enhance regional and national economies.

“Let me stress it once again. This licensing service reform is intended to provide ease of doing business for micro, small, and medium enterprises, to encourage more (people to become) new entrepreneurs, to accelerate the transformation of informal to formal sectors, and most importantly, to create as many jobs as possible,” the President remarked.

“There is no license that is brought from regions to the Central (Government). Everything is in the regions, but we regulate it using the NSPK,” he said, while underscoring that every level of government must process licenses in accordance with the NSPK.