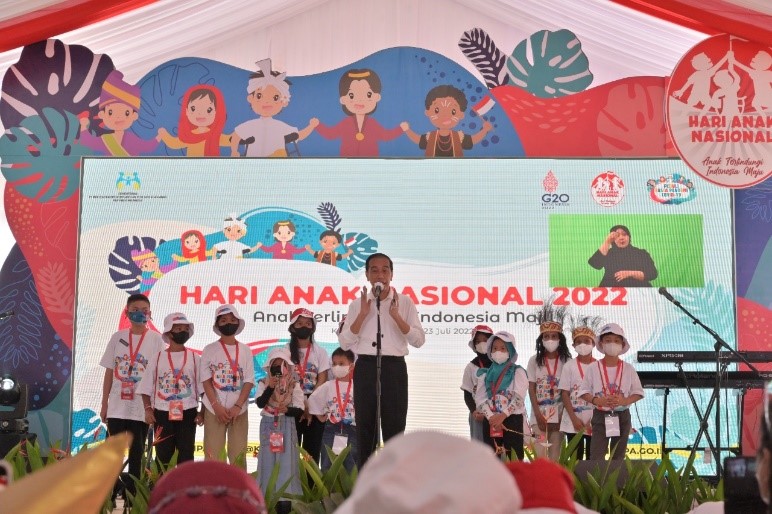 “I am happy to see such cheerful children with various creativity by showing their activeness. I think that is the real world of children. We should not force children to conform to the wishes of adults because indeed children are children. Their world is the world of children,” President Jokowi said.

The Head of State added that each children have a world of play with their own joy.

According to the President, it is the responsibility of everyone—including parents, educators, and the entire community—to prevent cases of bullying, be it physically or verbally.

President Jokowi also underscored that all cases of violence, both physical and sexual violence, must be legally processed in accordance with laws and regulations so that such cases will not happen again in the future.

“The laws and the regulations prohibit them and they are punishable. I think strict and firm law enforcement against such activities is indeed the responsibility of all of us to guard against it so that it will not happen anymore,” the President remarked. (AIT/UN) (GWH/EP)