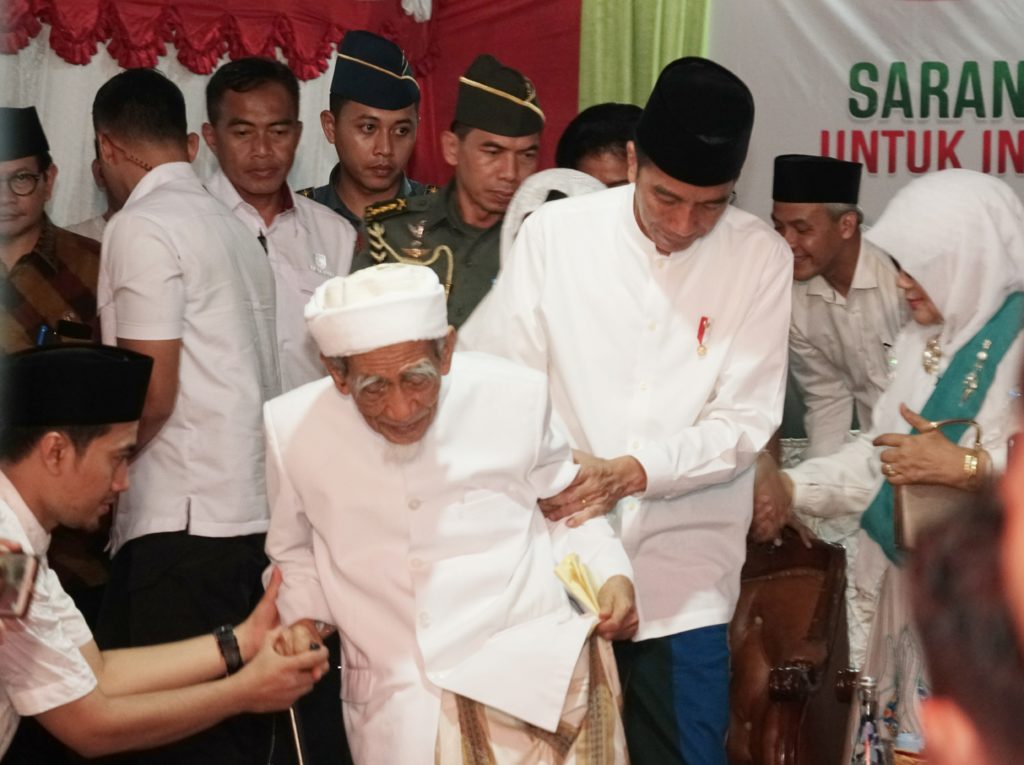 The President added that K.H. Maimun Zubair was a charismatic Ulema who became a reference for Muslims on fiqh (Islamic jurisprudence) and who also made very persistent attempts in defending the Unitary State of the Republic of Indonesia.

“It is a big loss for us. On behalf of the Government and people of Indonesia, I offer my condolences. May Allah SWT give him eternal rest and the family the strength to bear the great pain” the President stated.

President Jokowi said that he has visited the deceased’s house twice at Al-Anwar Sarang Islamic Boarding School, Rembang, Central Java and was invited to his room for evening prayer and for listening to his advice.

The President went on to say that he still keeps the sorban (head scarf) that was given to him by the deceased last April.

For the record, K.H. Maimun Zubair was in Mecca, Saudi Arabia, to perform the hajj pilgrimage. The deceased passed away at Al Noor Hospital, Mecca on Tuesday (6/8) morning at 04:17 local time. The funeral will be conducted in Mecca. (HIM/DND/ES)