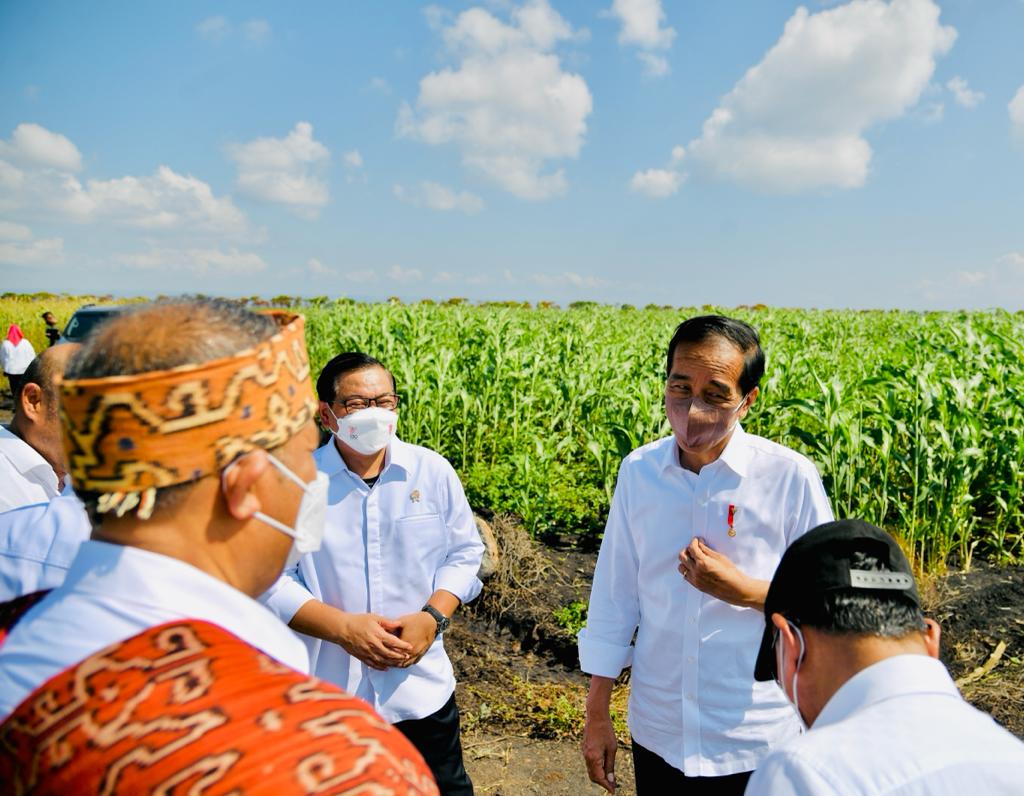 As part of his working visit in the eastern Indonesian province of East Nusa Tenggara (NTT) province, President Jokowi Thursday (06/02) planted seeds and inspected harvest of sorghum in the province’s East Sumba regency.

Sorghum is a plant-based protein high in fiber, antioxidant rich and can help achieve recommended dietary requirements. It is also full of protein, iron, Vitamin B6, Niacin, Magnesium and Phosphorus needed to help fuel healthy bodies.

On that occasion, the President expressed hope that the plant could serve as an alternative food source for the people.

“We want to have many alternatives, many choices that we can work on in our country. We aim for food diversification, food alternatives. We must not rely on only rice for we have corn, sago, and this is actually our old plant. We also have sorghum,” he said after the inspection.

According to the President, Indonesia needs food diversification and alternatives to face the threat of the ongoing and future global food crises, which the Food and Agriculture Organization (FAO) and the United Nations (UN) have warned about.

“We know already that global food prices are rising; hence, we must have a big plan. Our country must be ready to face the food crises,” he emphasized.

For the record, sorghum in East Sumba regency has been test-planted on an area of 60 hectares with every hectare producing at least five tons.

According to the President, the harvest is very satisfactory and has adequate economic value.

“We know the results already. It is excellent, meeting economic criteria as well. It can also provide employment for many. The result per hectare in one year can reach around Rp50 million net, meaning that if divided by twelve, the income is around Rp4 million, which is not a pittance,” he said.

Given sorghum potentials in the area, the Head of State said he had ordered East Nusa Tenggara Governor Viktor Laiskodat and East Sumba Regent Khristofel Praing to prepare land to plant it.

“I have ordered the Governor and the Regent to ascertain the size of land that can be used to plant sorghum so we are not at all dependent on wheat, nor on imported corn,” he said, while expressing hope that sorghum in the province can not only be used as alternative food but can also be exported.

“After this tryout, we want to discover the drawbacks, the problems. We will expand the planting of sorghum in the province so we can we have alternative food sources to face global food crises. If there is an excess, if there is a supply, it will be alright. In fact, we aim to export it in order to generate foreign exchange for our country,” he remarked. (FID/UN)(DH/EP)