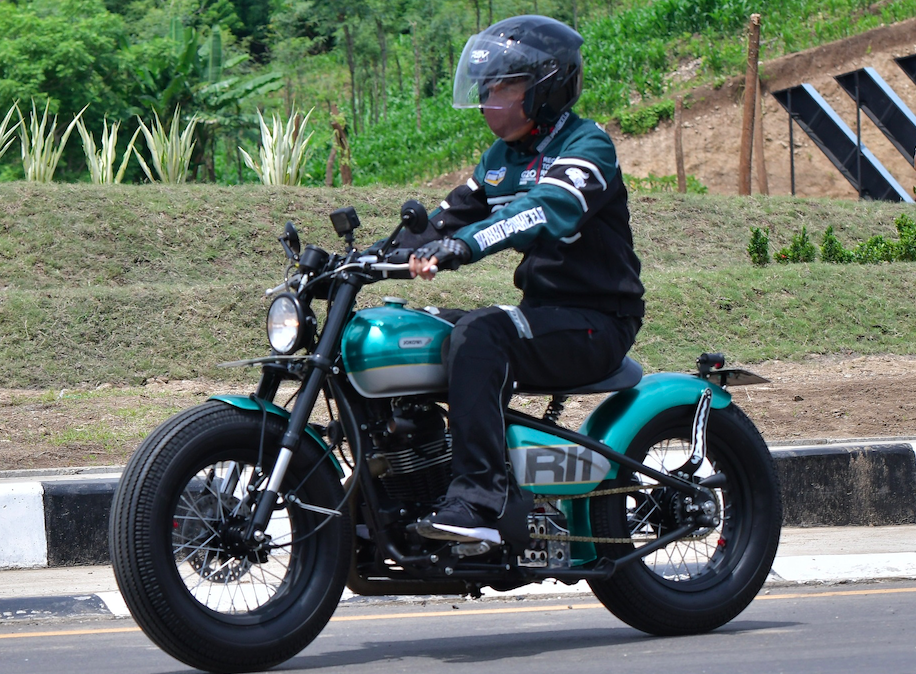 During his working visit in West Nusa Tenggara province, President Joko “Jokowi” Widodo  on Thursday (13/1) was spotted donning a limited edition jacket with the theme of G20 Indonesia while riding his motorbike to test the route from the Lombok Zainuddin Abdul Majid International Airport to the province’s Mandalika Special Economic Zone (SEZ) in Central Lombok regency.

The jacket, which was manufactured by local manufacturer from Bandung Rabbit and Wheels, is predominantly black with a few dark green accents on the sleeves and the shoulders.

On the front side, the words “G20 Indonesia 2022” with the slogan “Recover Together, Recover Stronger” were embedded on the left chest and the jacket manufacturer’s logo on the right.

A large size G20 Indonesia logo—a triangle shaped called gunungan with a batik kawung motif—was placed on the back which adds a dashing impression.

Above it was embedded an inscription with a firm and optimistic slogan: Indonesia Leads.

The owner of Rabbit and Wheels Irvan Octria said that the design and the words attached were President Jokowi’s own behest.

Not only that, President Jokowi also asked for other details, including number 76, which denotes the age of Indonesian independence.

Irvan added that the jacket was made only one piece, exclusively for the President. An exact similar jacket could not be ordered by the general public, he added.

However, Irvan stressed that his company had prepared jackets that look similar to it for the public.

“We have prepared an edition that resembles the President Jokowi’s design but with a slightly different detail. Just like MotoGP, the jacket worn by racers and fans has slight difference,” he said, adding that apart from jacket, all the clothes and accessories worn by President Jokowi are also Indonesian-made, including the helmet made by Bandung helmet manufacturer RSV Helmet and the gloves made by Bellissimo from Tangerang.

As for the pants, they are special motorcycle riding pants produced by Continmoto from Cimahi, while the shoes are a product of Nah Project from Bandung. (BPMI/UN) (EST/EP)