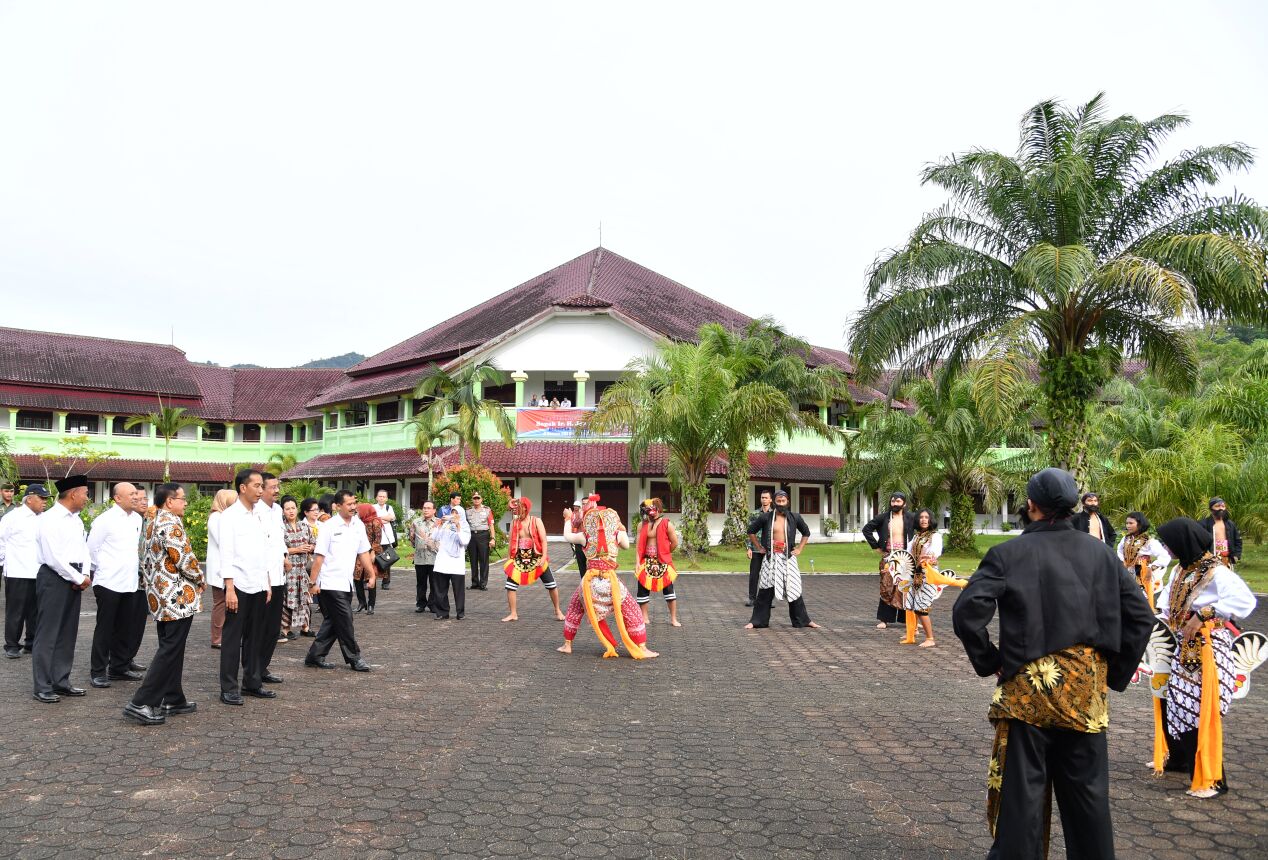 Their arrival was welcomed by former Speaker of the House of Representatives Akbar Tanjung and his spouse Nina Akbar Tanjung. Then, they went around the school and took picture with top achiever students as well as the teachers.

On the visit, the President and the First Lady were accompanied by Minister of Public Works and Public Housing Basuki Hadimuljono, Minister of Health Nila F. Moeloek, Minister of Education and Culture Muhadjir Effendy, Presidential Chief of Staff Teten Masduki, and Governor of North Sumatera Tengky Erry Nuradi.

After visiting SMAN 1 Matauli Pandan, according to the Head of Press, Media, and Information Bureau, Secretariat of the President, Bey Machmudin, the President and Ibu Iriana will continue the visit to Barus Subdistrict, Central Tapanuli Regency, using Super Puma Helicopter.

In the afternoon, the President and Ibu Iriana will head to Mandailing Natal Regency using Super Puma Helicopter. (EN/OJI/ES)(MMB/YM/Naster)