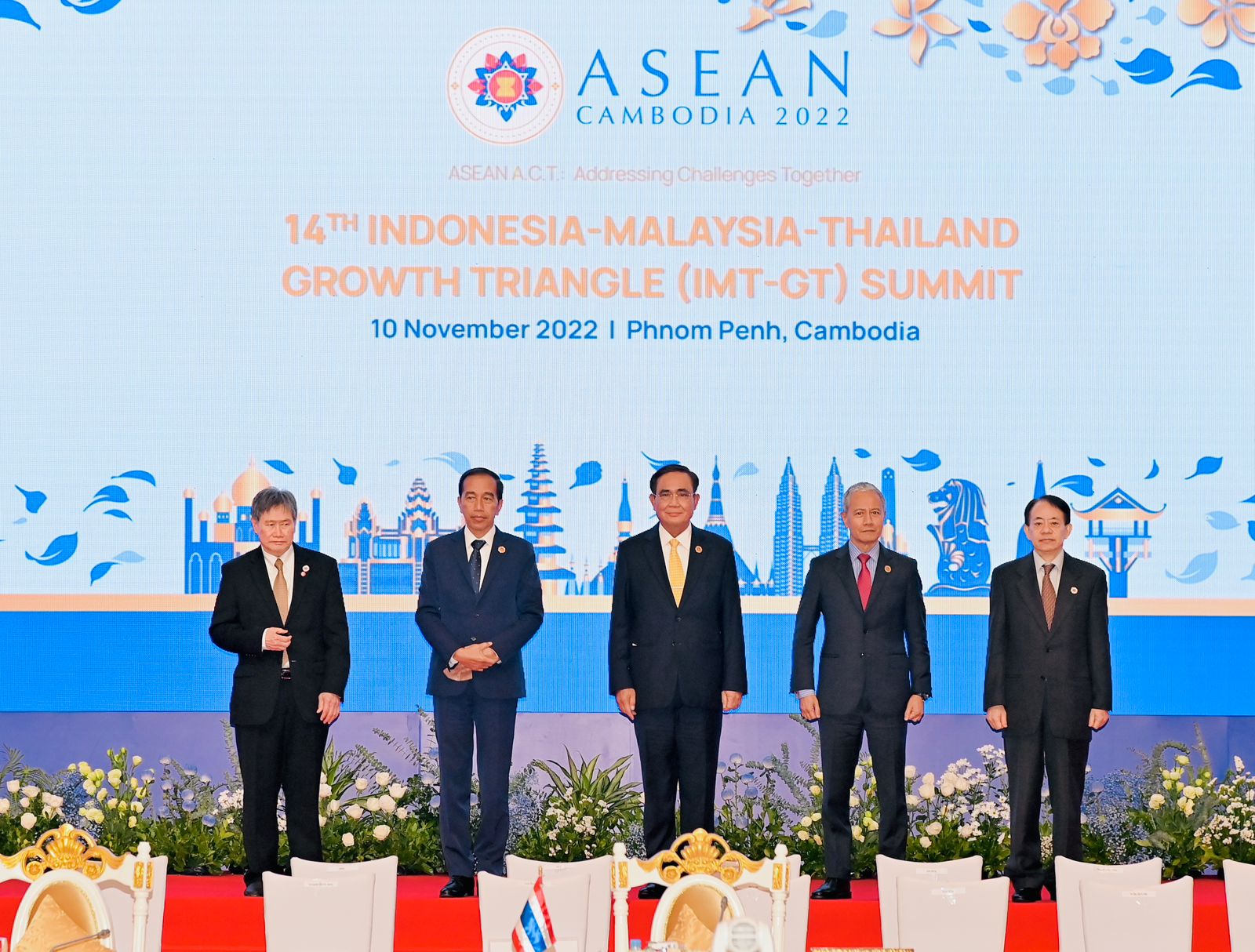 The ratification of the 2022-2026 Indonesia-Malaysia-Thailand Growth Triangle (IMT-GT) Blueprint is the first step that must be continuously monitored in order to achieve the vision of IMT-GT in 2036, President Joko “Jokowi” Widodo has said.

“Throughout 2014-2021, the GDP of IMT-GT rose by 39 percent even during the pandemic. Moving forward, this commitment must be strengthened, especially in a more complex global situation that poses a threat of global recession in 2023,” he said at the 14th IMT-GT Summit held during the ASEAN Summit in the Cambodian capital Phnom Penh, Thursday (11/10).

According to the President, the support of governments and stakeholders for the Blueprint implementation is a determining factor, thus there are three things that can be focused on.

First, there is an urgent need to revive the subregional tourism sector as the sector performance dropped significantly by more than 90 percent in the past two years.

“We must find new ways through the acceleration of digital technology in marketing, resilient and sustainable tourism development, and the launch of the 2023-2025 IMT-GT Visit Year Initiative as a joint marketing and promotion platform,” President Jokowi said while urging that halal tourism be developed in order to reach the target of becoming the global halal hub with a market value of US$7 trillion in 2030.

Second, physical infrastructure and human capital development should be accelerated as the two are inseparable and must complement each other.

“This is in line with Indonesia’s priority to develop infrastructure and human capital simultaneously. We continue to carry out physical connectivity construction, such as harbors, roads, toll roads, including Trans-Sumatra toll roads. In this case, we must focus on enhancing the connectivity of six economic corridors, including the implementation of RoRo Dumai-Melaka,” he said.

Third, green and sustainable subregional economy should be realized. The President pointed out that green economy is the future of ASEAN economy and ASEAN is strongly committed to manifesting a sustainable future by using renewable energy up to 35 percent in 2025.

“We can achieve that by accelerating clean energy transition, creating jobs, investing in renewable energy, and accelerating the implementation of the 2019-2036 Green City Development Framework,” he said.

President Jokowi also stated that all those development measures will serve as a building block for the prosperity of ASEAN and Indo-Pacific, adding that to support regional connectivity improvement, Indonesia will hold the Indo-Pacific Infrastructure Forum next year.

“I look forward to the active participation of IMT-GT countries to make the Indo-Pacific region as the epicentrum of growth,” he said.

On that occasion, the chairmanship of the IMT-GT in 2023 was handed over to Indonesia. (BPMI of Presidential Secretariat/UN) (DH/HD/MMB)