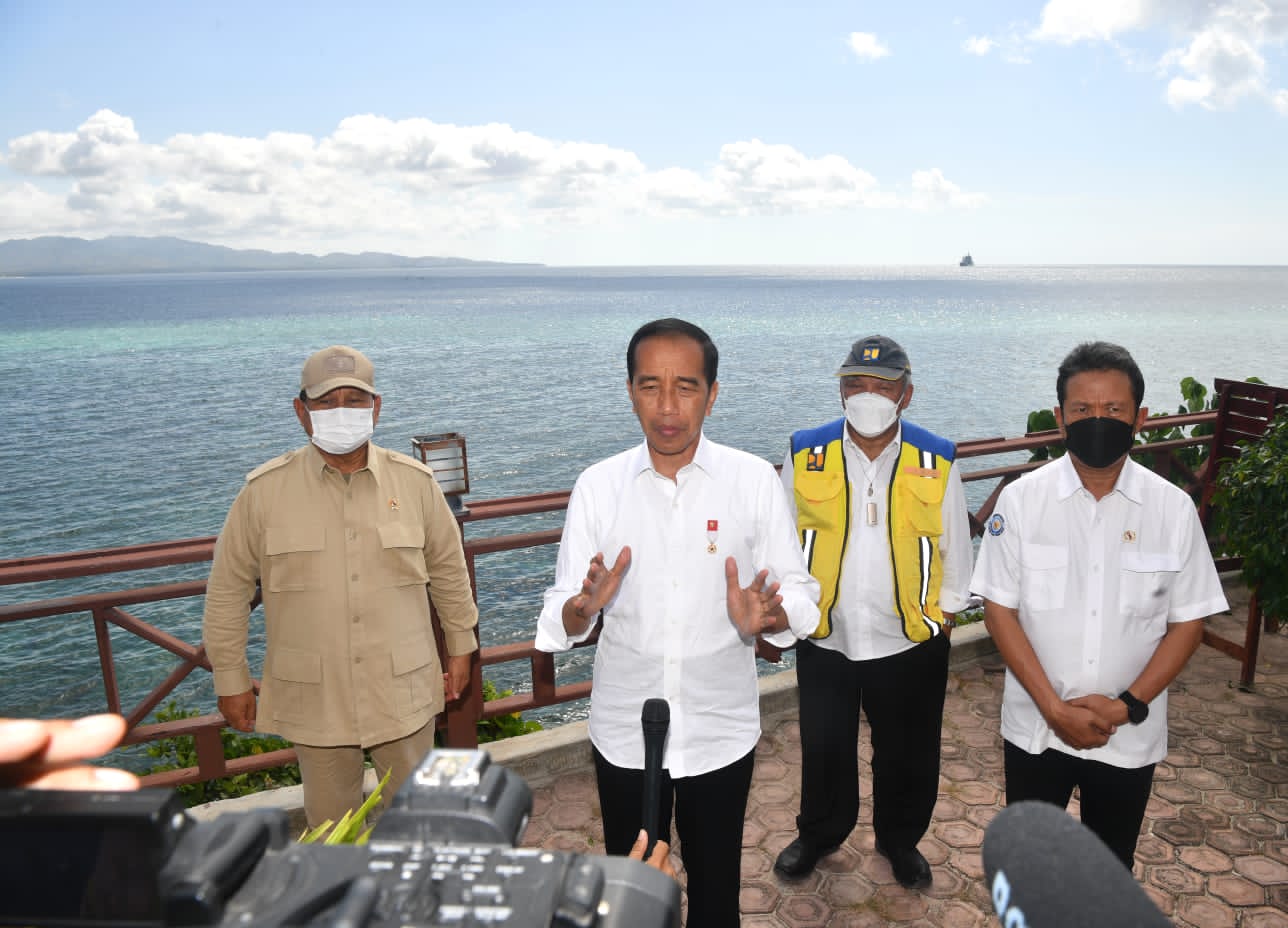 President Joko “Jokowi” Widodo has once again underscored the importance of state defense and security design in the country’s outermost regions.

The statement was made by the President during his working visit to Southwest Maluku regency in the eastern Indonesian province of Maluku, Thursday (09/15).

“Southwest Maluku regency is one of outermost regions in the eastern part. After learning the location of Southeast Maluku, Southwest Maluku, Aru Islands regency, the cities of Tual and Saumlaki, we notice the importance of state defense and security design at certain points,” he said.

On that occasion, President Jokowi and Minister of Defense Prabowo Subianto took a close look at the outermost point of the country, namely Yeti island, which is located at the border between Indonesia and Timor Leste, just across Tiakur Beach, where the President made his press statement.

In the meantime, Prabowo said that President Jokowi had ordered Ministry of Defense to draw up a big design of state defense, including measures to secure Indonesia’s archipelagic sea lanes, which serve as the routes for 60 percent of world seaborne trade.

The Minister went on to say that Indonesia has abundant marine natural resources, including fishes, minerals, gas, and oil.

Therefore, he added, outermost islands of the country, particularly those in the eastern part of Indonesia, must be included in the state defense design.

“Outermost islands in this region must be designed as a part of our defense. It will be drawn up in detailed by involving related institutions,” he remarked. (BPMI of Presidential Secretariat/AIT) (RAS/EP)