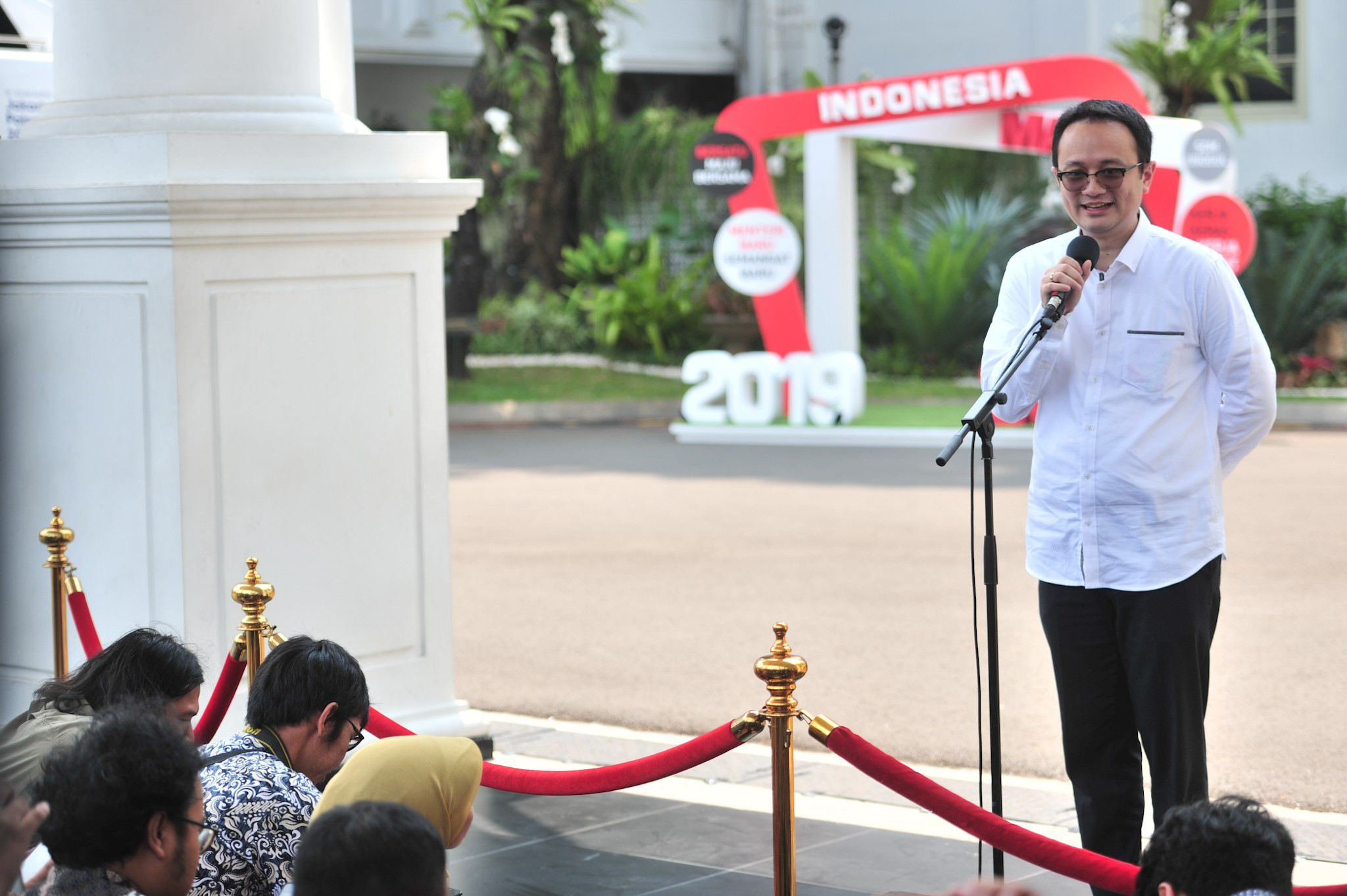 Ahead of the announcement of new Deputy Ministers in the Cabinet lineup, President Joko “Jokowi” Widodo invited several figures to the Presidential Palace, Jakarta, Friday (25/10).

Jerry Sambuaga, candidate for Deputy Minister of Trade, said that President Jokowi invited him to discuss some strategic issues related to international agreements, international trade, and breakthroughs to improve Indonesia’s bargaining power in the world.

“The President specifically asked me to focus on the completion of the agreements both in the regional and global levels. He also asked me how to empower the economy and the entrepreneurs so that their products can be more competitive in the global market,” Jerry told reporters.

Meanwhile, Wempi Wetipo was appointed by President Jokowi to be Deputy Minister of Public Works and Public Housing.

The President, Wempi continued, said that he should be able to complete the vision and mission of the President and Vice President that have not been completed in the first period, particularly on infrastructure development in the eastern regions of Indonesia.

In the meantime, Aloe Dohong, candidate for Deputy Minister of the Environment and Forestry, said that he was summoned by President Jokowi to discuss forestry issues, land rehabilitation issues, as well as development plan for the new capital in East Kalimantan.

In addition, Budi Arie Setiadi, candidate for Deputy Minister of Villages, Development of Disadvantaged Regions and Transmigration said that the President ordered him to oversee the budget for villages and disadvantaged regions so that it can create progress and prosperity for the Indonesian people.

“We fully aware that a developed village will bring prosperity to the nation. So the development must start from the periphery and disadvantaged regions,” Budi told reporters. (MAY/JAY/ES)