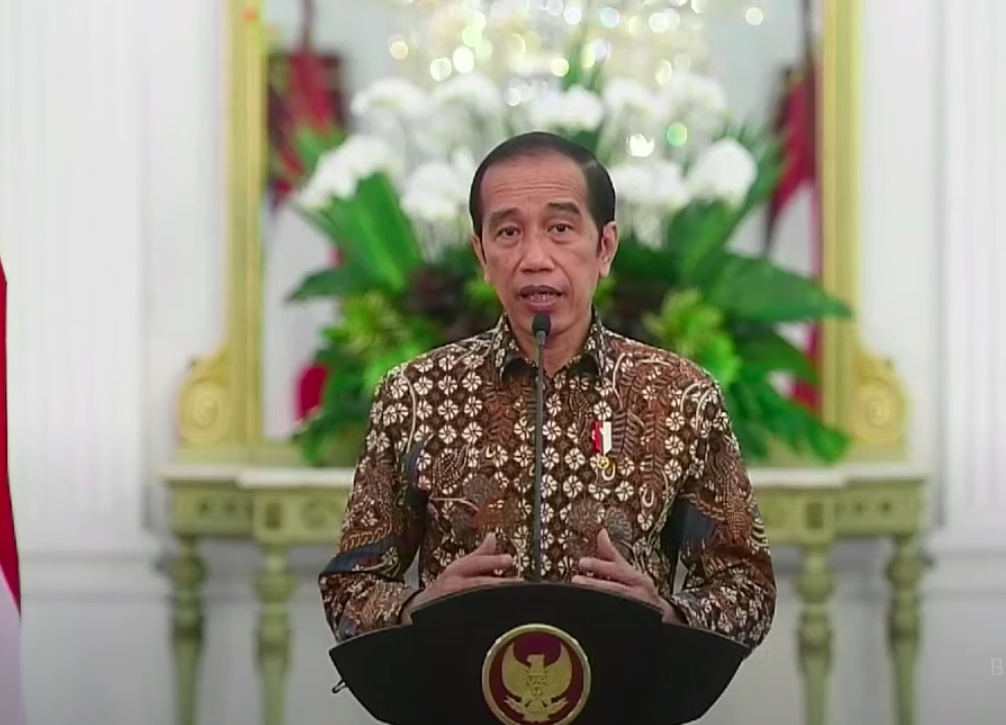 President Jokowi delivers remarks at the opening of the National Development Coordination Meeting of the Meteorology, Climatology, and Geophysics Agency (BMKG) through video conference, Thursday (29/7). (Photo taken from the BMKG’s YouTube channel)

President Joko “Jokowi” Widodo has called for strengthened resilience to natural disasters since the country is exposed to a high risk of geotechnical and hydro meteorological disasters, as well as multi-hazard in which the frequency, duration, and intensity increased year after year.

“As the challenges continue to increase, we have to strengthen our resilience to disasters, to strengthen management of disaster handling, anticipation, and mitigation in order to minimize risks of fatalities, damage, and financial losses,” President Jokowi said in his remarks at the opening of the 2021 National Development Coordination Meeting of the Meteorology, Climatology, and Geophysics Agency (BMKG) through video conference, Thursday (29/7).

On that occasion, the Head of State delivered four points of note to increase the country’s resilience to deal with natural disasters.

First, the BMKG must create innovations and use the cutting-edge technology in providing their services.

“The Agency must adapt more to the technologies for the purposes of faster and more accurate observation, analysis, prediction, and early warning so we can minimize the risks,” he added.

Second, warning and information from the BMKG must be taken into account and serve as a reference in decision making process of the Government in various sectors.

President Jokowi underscored that the policies at the national and regional levels must anticipate disaster risks. He also called on ministries/institutions, regional governments to enhance synergy and collaboration with the BMKG.

“The BMKG must be able to provide accurate information that can be obtained by the public in an easy and fast manner.  Thus, information and data provided by the BKMG can be used by ministries and institutions, and regional governments in drawing up policies and development plans” he firmly said.

Third, the President reminded all the importance of improving disaster management and adaptation, particularly at regions, sub-districts, villages, and provinces.

“We must draw up good management covering pre-disaster, emergency response, and post-disaster management by involving the Government, private sector, and the public. We must also simulate this management so we will be ready to act and work if the disaster occurs,” he said.

Fourth, sustainable dissemination and education must be carried out to the people particularly those living in disaster-prone regions.

“Public alertness and resilience against disaster risks must continue to be increased. Culture of alertness must be embodied in people’s daily routine. We must also use local wisdom to increase people’s alertness,” the President explained.

In addition, the public must be encouraged to seek accurate information from reliable sources and avoid false news and hoaxes.

“I order BMKG to not only give information regarding weather, climate, and disaster in a swift manner and wider coverage but also to create synergy with the National Disaster Mitigation Agency (BNPB) in educating the public on preparedness in facing disasters,” he concluded.(TGH/UN) (RAS/MUR)