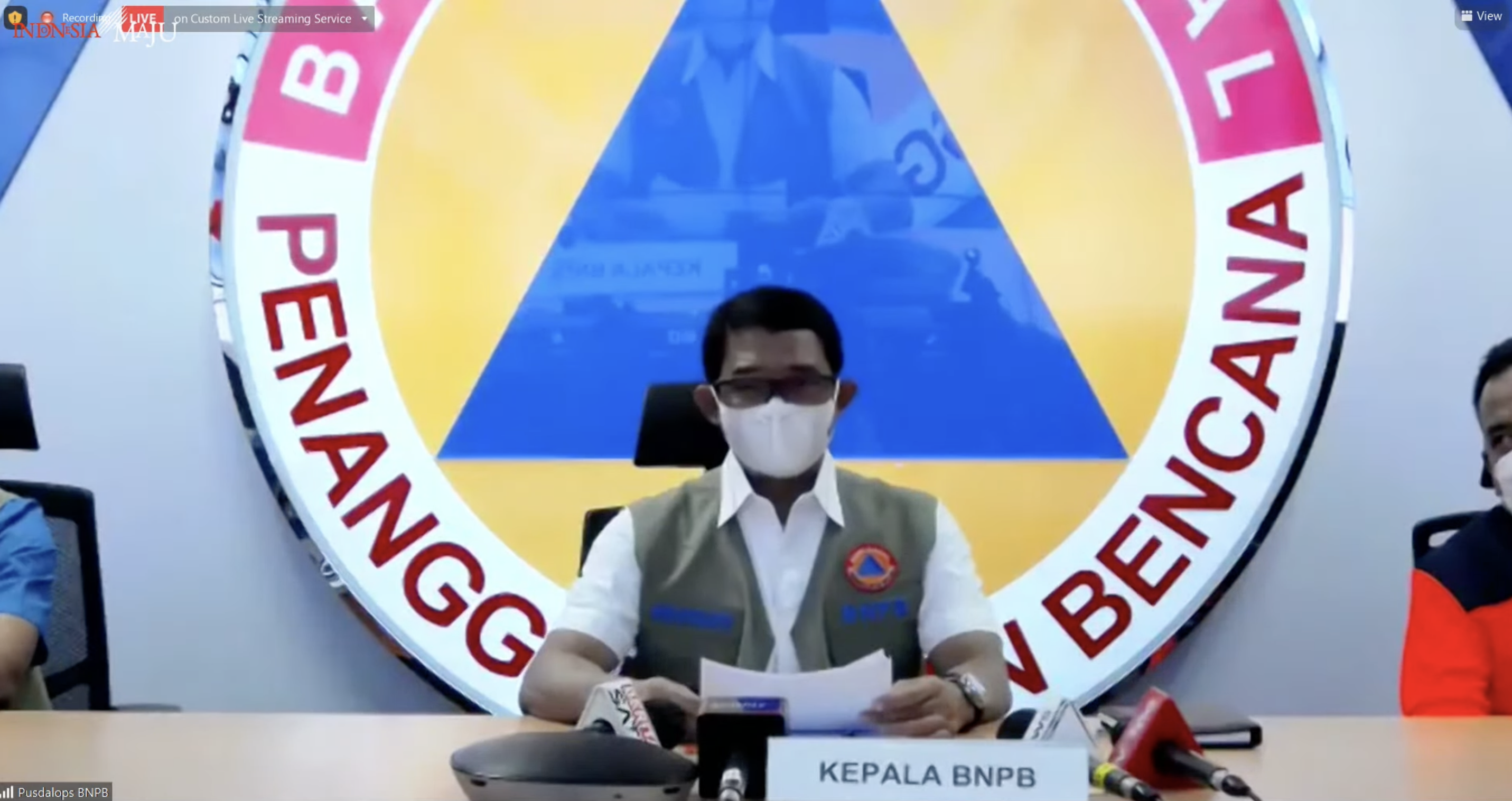 President Joko “Jokowi” Widodo has ordered Head of the National Disaster Management Agency (BNPB) Suharyanto to ensure that emergency response has been taken to manage the situation following Mount Semeru eruption on Saturday (04/12).

The mountain, which is the tallest one in Java, spewed a large cloud of rock and ash into the sky on Saturday as an accompanying pyroclastic flow rushed down its slopes.

“Following the President’s directives, we will be headed to Lumajang, to the disaster area, first thing in the morning to ensure that emergency response measures, especially related to affected residents, are taken accurately and swiftly. We will certainly also make sure that the evacuees’ basic needs are fulfilled,” Suharyanto said in his press statement on the increase in Mount Semeru volcanic activities, Saturday (04/12) night televised on the BNPB’s YouTube channel.

Suharyanto also pointed out that his agency has deployed a fast-response team to work together with the Regional Disaster Management Agency (BPBD) and other related parties in emergency response.

“Tonight, the BNPB will deploy a fast-response team to accompany Lumajang regency’s and East Java province’s BPBD that work together with teams from Ministry of Health. Tonight, the team is moving through land route and carrying supplies, including blankets, ready-to-eat food, tarpaulins, emergency tents, mattresses, and other basic supplies,” he said, adding that the BNPB has also coordinated with related parties to ensure that the emergency response is optimal.

“We have coordinated with Commander of the Indonesian National Defense Forces to ask for assistance in terms of personnel and equipment. We have also coordinated with the BPBD of East Java province and Lumajang regency governments to make sure that emergency responses have been taken, especially concerning residents affected by this eruption to ensure that their needs are fulfilled,” he said.

As a fast response to the pyroclastic flow, the BPBD of Lumajang regency has also issued a notice to local people and miners not to carry out activities along the watershed of Mujur and Curah Kobokan (SLN/UN) (DH/EP)