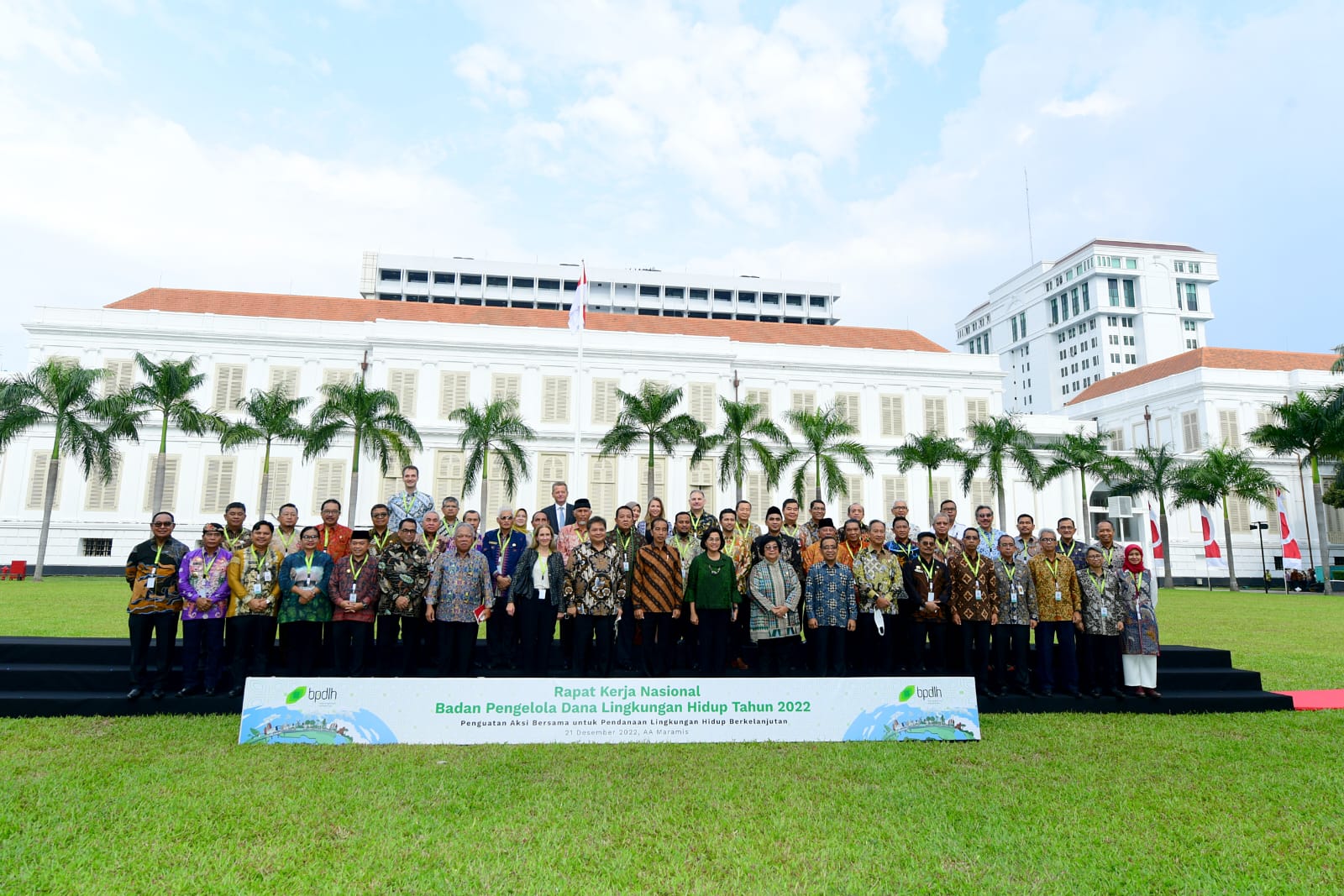 President Jokowi and participants of the 2022 National Working Meeting on Environmental Fund Management at A. A. Maramis Building in Jakarta, Wednesday (12/21). (Photo by: BPMI of Presidential Secretariat/Muchlis Jr)

According to the President, the issue of waste management remains unsolved in many regions across the country and the BPDLH should stay focused on solving the issue.

“I suppose waste issue should be prioritized. Based on my experience as a mayor and a president, waste issue has never been solved,” he said during the inauguration of the 2022 National Working Meeting on Environmental Fund Management at A. A. Maramis Building in Jakarta, Wednesday (12/21).

“If the agency has the budget, please address the issue of waste so waste will not go to the sea, to the rivers and will not make our cities dirty,” he said.

The President also urged the BPDLH to use its funds to rehabilitate mangrove forests, which significantly affect environmental sustainability, while underscoring the importance of nurseries in the rehabilitation effort.

“We should concentrate on that because there are many mangrove areas that we must manage. Focus on that. If you focus on mangrove, I will only ask for concrete actions. Prepare the nurseries first,” he said.

The Head of State also expressed optimism that with the two priorities, the BPDLH fund will bring real impact on the environment, especially on minimizing environmental damage and tackling climate change.

The President also pushed regional governments to be committed to tackling environmental issues.

“It means regional governments must also have their commitments. For waste, do prepare lands that will be used by incinerators, for example. Once the land has been acquired, the Central Government will step in. I suppose this is the cooperation that we want to embark on. Concrete, real, measurable, visible, quantifiable,” he remarked.

In the meantime, Coordinating Minister for Economic Affairs Airlangga Hartarto reported that the BPDLH was established in 2018  as a source of financing for environmental protection and management, adding that the agency’s funds can be used by ministries, state institutions, and regional governments.

“The available fund amounts to US$968.6 million or Rp14.52 trillion, which come from reforestation fund, global environment facilities from the World Bank, and so on,” he said.