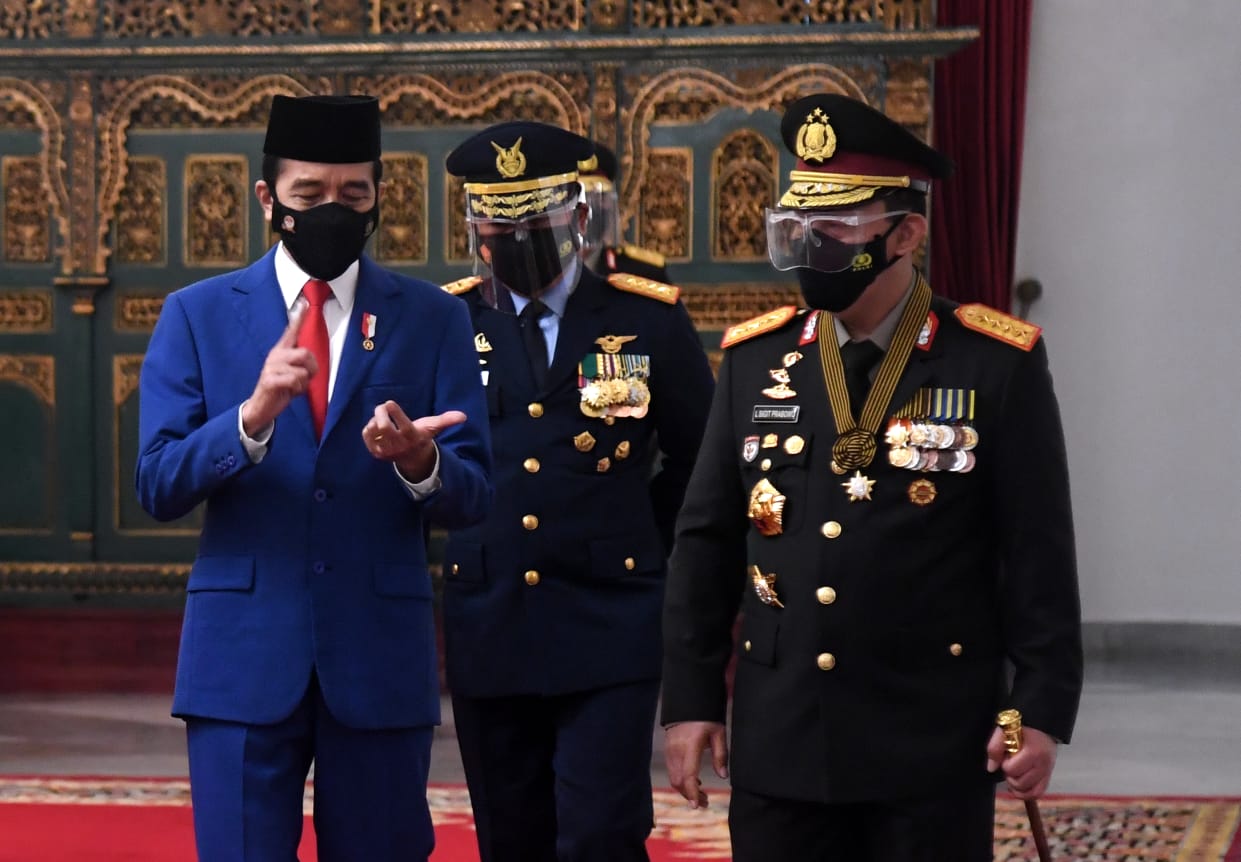 President Joko “Jokowi” Widodo has ordered all personnel of the Indonesian National Police (Polri) to make continuous improvements and strengthen the institution in protecting and serving the people.

“Long live the Indonesian National Police. You must continue the transformation to become the servant of the homeland and the nation,” the President said in his remarks at a Commemoration Ceremony of the 75th Anniversary of the National Police Day at the State Palace, Jakarta, Thursday (01/07).

The President also ordered the Indonesian National Police to remain focused on carrying out their duty amid the ongoing COVID-19 pandemic.

In line with the rapid development of science and technology, he added, the forms of threats to the interests of the people, nation and state are also increasingly complex.

“The Police must be eager to master science and technology so that they will not be defeated by crime perpetrators. The Police authority must also be sustained by the latest technological advancements,” the President stated.

President Jokowi also reminded the Police that the exercise of its authority, including arrest, detention, search and confiscation, must be carried out in a prudent and responsible manner.

“Bear in mind that our country is a Pancasila state, a democratic country, a country that upholds human rights. In addition to being firm and indiscriminate, the Police must also become protectors and servant of the people,” he said.

On that occasion, the President also underscored the importance of human resources development to support the transformation of the Police.

“Recruitment, education, and promotion must be carried out in a fair and accountable manner,” the President said.

The President further said that the Indonesian National Police must carry out comprehensive reforms, including in planning, organizing, and budgeting policies as well as in monitoring and evaluation through the utilization of cutting-edge science and technology to support a modern Police institution. (FID/UN) (RI/MUR)