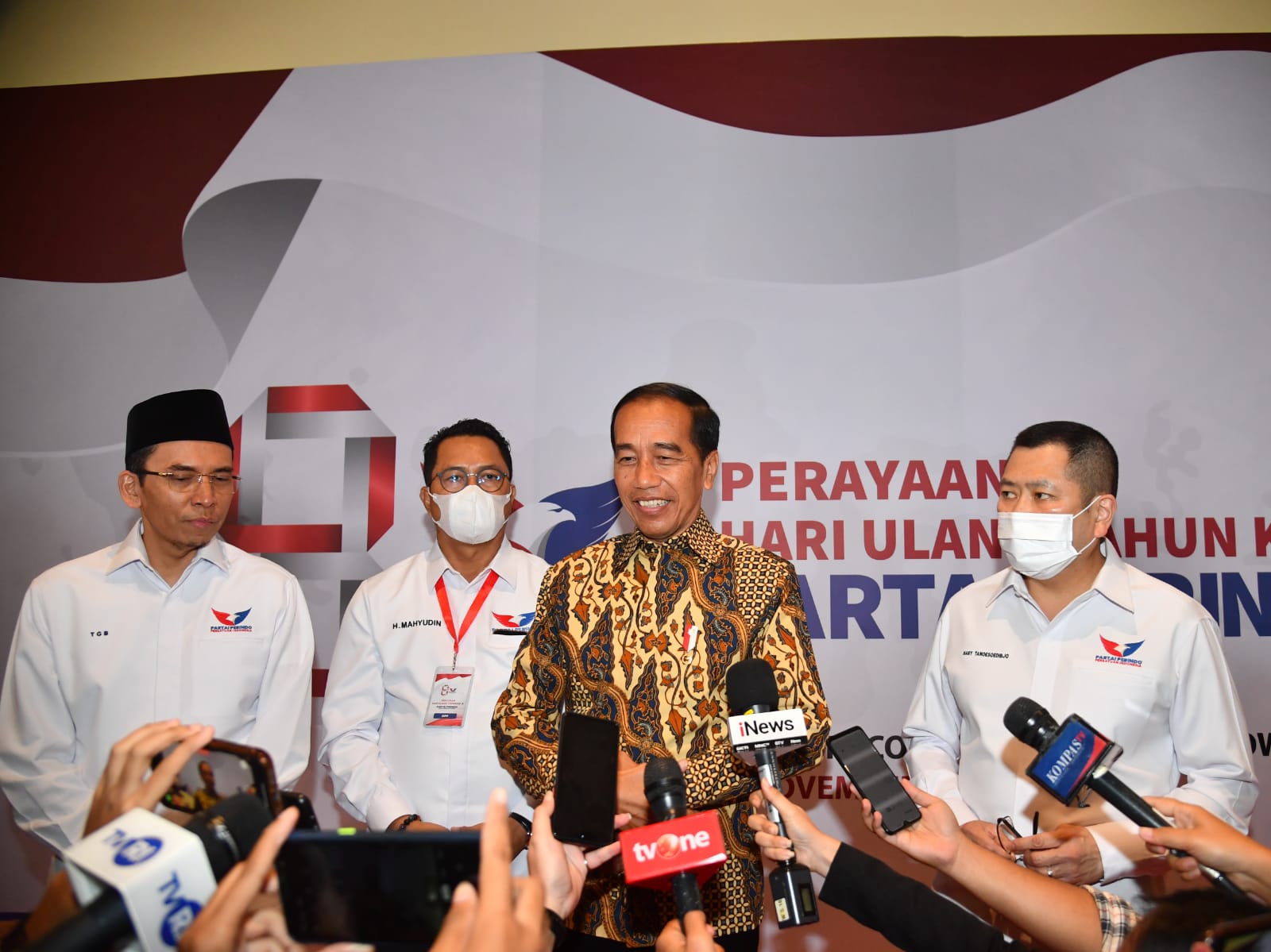 President Joko “Jokowi” Widodo, Monday (11/07), told all political parties run for the 2024 General Elections to maintain healthy rivalry and reminded politicians to praise each other, rather than vice versa.

“We’re about to enter political year. What we need to do is to maintain healthy rivalry among parties,” the President stated in his remarks at the 8th Anniversary of Perindo (United Indonesia Party), at the Jakarta Concert Hall, iNews Tower, Jakarta, Monday (11/07).

President Jokowi also told Perindo Party to consider carefully before proposing a candidate for president and vice president. According to him, General Chairperson of Perindo Party Hary Tanoesoedibjo often asked him about the issue but the President said that the decision must be made by the party. He cannot interfere with the Party’s decision.

Also on that occasion, President Jokowi expressed his congratulations on the anniversary of Perindo Party.

“To the big family of Perindo Party, the United Indonesia Party, I wish the Perindo Party a happy 8th anniversary. May you continue your fight, stay the course, and good luck as wished by Pak Hary Tanoe,” he said.

Also attending the event were the Speaker of the People’s Consultative Assembly (MPR) Bambang Soesatyo, Minister of State Secretary Pratikno, Minister of Defense Prabowo Subianto, Chairperson of the Perindo Party Hary Tanoesoedibjo, and a number of chairpersons and general secretaries of political parties. (BPMI of Presidential Secretariat/AIT) (RAS/HD/MMB)