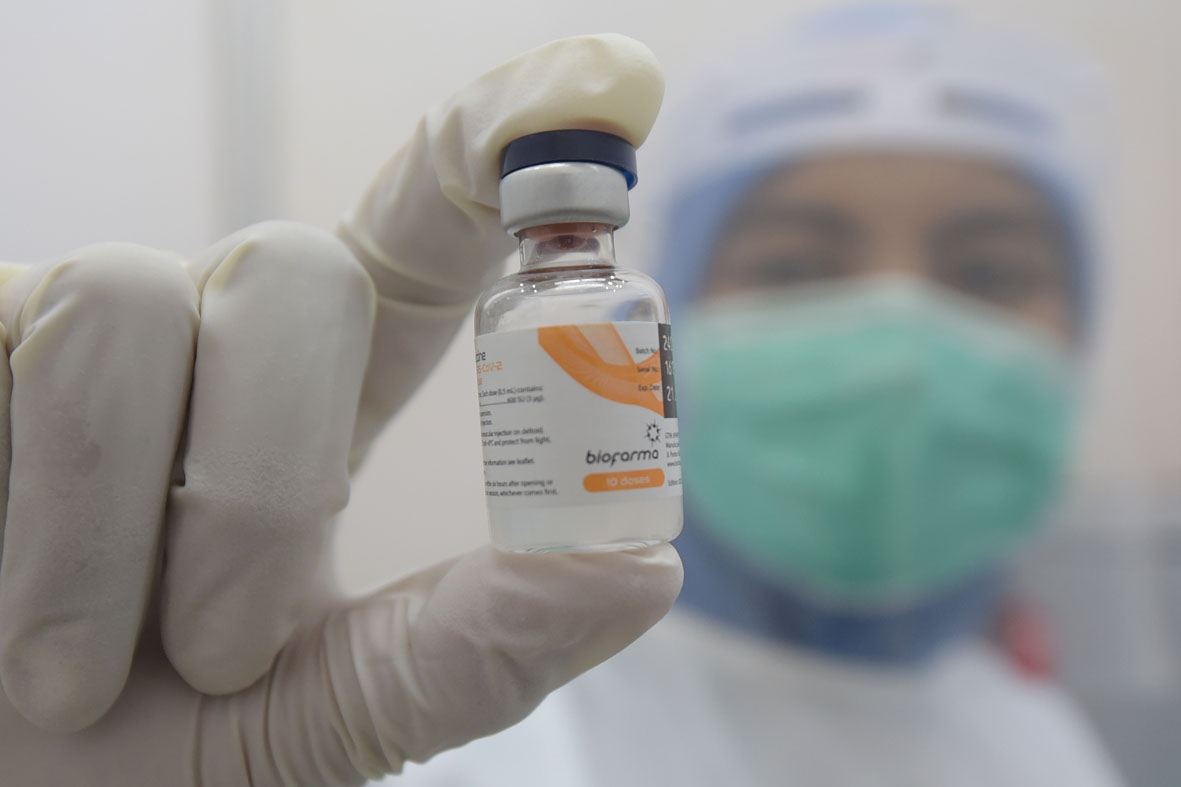 According to the President, accelerating the vaccination is one of keys to controlling the rate of COVID-19 transmission and tackling the pandemic; thus , vaccination will be rolled out to all regions across the country.

For the record, the Government on 13 January started vaccination program with people at high risk of infection as priority.

As stated by the President, the first phase of vaccinations targeted health workers, followed by elderly people and public service workers in the second phase.

“The vaccination for teachers, media crews, and market traders have also started. We have begun the vaccinations at Tanah Abang traditional market in Central Jakarta, Beringharjo traditional market, and Malioboro area in Yogyakarta. We hope all provinces will carry out the vaccination,” he said, ading that the Indonesian National Defense Forces (TNI) and the National Police (Polri), public officials in ministries, religious leaders, and athletes has also been vaccinated.

“To date, more than two million people have been vaccinated. As many as 12 million doses of vaccines have been distributed to 34 provinces and 514 regencies / cities,” he added.

The vaccination program itself is targeting 70 percent of Indonesia’s population or around 182 million people to ensure herd immunity.

Regarding the need for vaccination, the President said that the Government has taken multiple approaches to obtain the COVID-19 vaccines, be it through the government-to-government (G-to-G) scheme and directly to vaccine producers.

On that occasion, the President also pointed out that the Government has constantly taken multiple measures to address effects of COVID-19 since the pandemic hit Indonesia early last year.

The countermeasures, he added, could be carried out by the Government with the support and cooperation of all parties, especially the community.

“Public safety and health have become the Government’s top priority since the beginning of the pandemic. Thus, the Government continues to implement 3T measures (testing, tracing, and treatment). People still have to remain disciplined in observing the 3M health protocol (mask-wearing, hands-washing, and physical-distancing),” he said. (FID/UN) (RIF/EP)