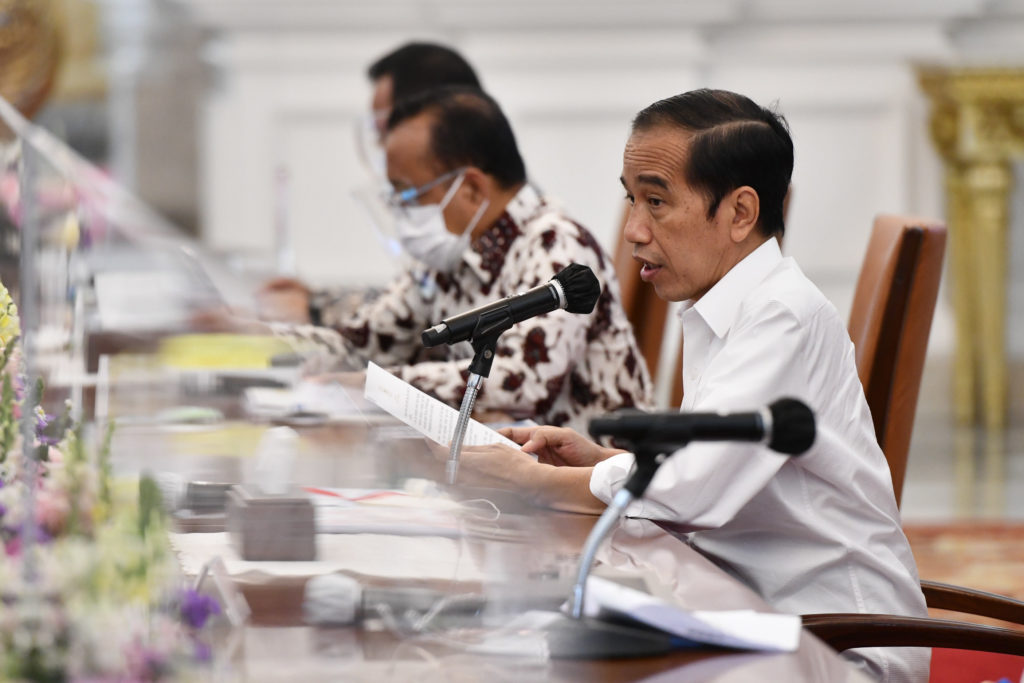 President Joko “Jokowi” Widodo on Monday (15/03) ordered Minister of Youth and Sports Zainudin Amali to perfect the design of the national sports in response to Zainudin’s presentation on the grand design during a limited meeting.

Speaking to reporters after the meeting, the Minister said: “Today I was given the opportunity to present (the national sports grand design) to the President. Essentially, the President accepted the grand design. There are certainly more to add here and there. There are some suggestions from several ministers who were present. The President also gave us directives, so everything is re-formulated.”

Therefore, he added, on the Commemoration of the 37th National Sports Day last year, the President ordered Ministry of Youth and Sports to take several measures, including carrying out a thorough review of the ecosystem of national sports achievement guidance, using big data, and making sports science the primary element in national sports guidance.

“Following the directives and orders of the President given to me as Minister of Youth and Sports, we immediately created the national sports grand design, certainly by cooperating with other stakeholders. With the National Sports Council (KONI), the Indonesian Olympic Committee (KOI), and the National Paralympic Committee (NPC), as well as higher education institutions, academicians, and sports practitioners,” he added.

Zainudin further said that the national sports grand design is composed from upstream elements to downstream elements, namely from the fitness of the public, who are the source of potential national athletes.

The Ministry, he added, has also planned to create ten training centers in several regions in accordance with the available potential talents.

“The most fundamental thing is potential talents at elementary schools. Minister of Education and Culture has also given an extraordinarily positive response. He will do his tasks as stipulated in the grand design,” said Zainudin.

Zainudin went to to say that the training centers will consist of potential talents who are selected early, adding that once they are in high school, those young talents will be placed in Ministry of Youth and Sports’ School of Sports. Hambalang, he added, is considered to be designated as a training center for senior athletes and athletes who are ready to compete.

“This is a long process. Because to make an achievement, experts said, it takes at least 10 years or approximately 10,000 hours,” he said.

Furthermore, Zainudin stated that the long-term target of the national sports grand design is to be achieved by 2045.

The short-term and mid-term targets, he added, include making achievement in the 2024 Olympics in Paris, France, the 2028 Olympics in Los Angeles, and the 2032 Olympics that Indonesia is bidding to host.

“We certainly do not want to be merely the host. Instead, we must create achievements too. Therefore, in the grand design, we aim to be in the top 10 position in the 2032 Olympics and for Paralympics, our disabled athletes’ rankings are not far behind,” he said, while expressing hope for the support of all parties related to the national sports grand design.

“We will push for this grand design because it is a long-term and well-designed plan for our sports achievements. We cannot get achievements “by accident”. Achievements must be accomplished by design,” he remarked. (FID/UN) (DH/EP)