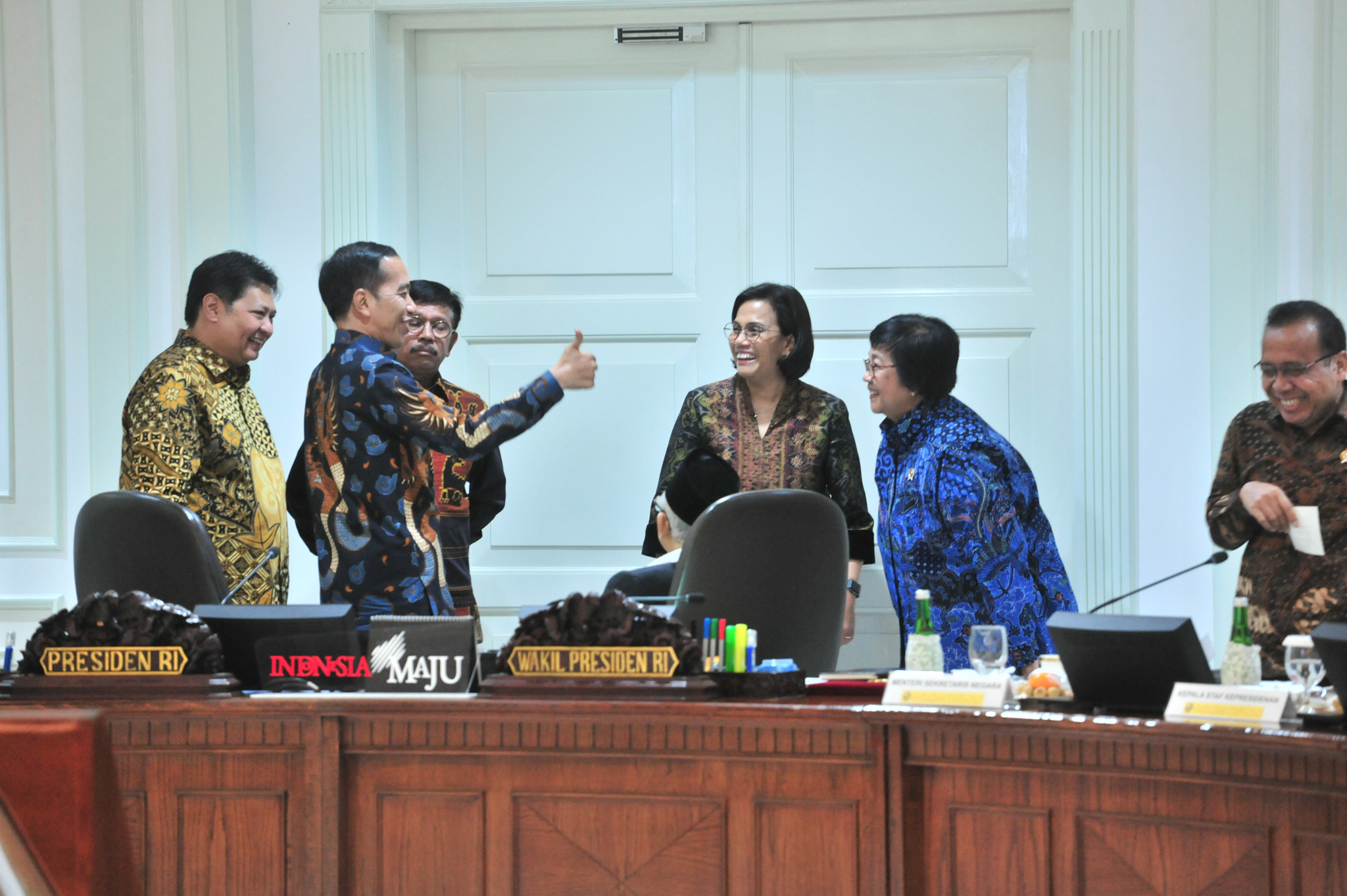 President Jokowi raises his thumb to a number of cabinet ministers before a limited meeting on Accelerated Implementation of Infrastructure Program, at the Presidential Office, Jakarta, Tuesday (10/12). (Photo by: Jay/PR)

President Joko “Jokowi” Widodo called for private and local entrepreneurs to be involved in infrastructure projects, most of which are run by State-owned Enterprises.

“Give more space to private sectors, local entrepreneurs, small and medium entrepreneurs, local workers, to be involved in infrastructure development,” President Jokowi said in a limited meeting on Accelerated Implementation of Infrastructure Program, at the Presidential Office, Jakarta, Tuesday (10/12).

The President expressed belief that through collaboration, the country will manage to catch up on its infrastructure development.

Previously, President Jokowi has stated that not all infrastructure projects can be financed by state budget. Therefore, the Government is weighing the option to adopt creative hybrid financing models such as Government and Business Entities Cooperation (KPBU) and Government Non-Budget Investment Financing (PINA).

Therefore, the President reminded, investment ecosystem in all infrastructure sectors must be immediately improved and reformed so that it has better investment attractiveness and competitiveness.

During his remarks, President Jokowi also stated that infrastructure development must be focused on facilitating connectivity along the supply chain that connects markets with people’s production centers, ranging from agriculture, fisheries, plantations, to industry, including micro, small, and medium enterprises (MSMEs).

“Thus, the infrastructure that we build will really impact our performance logistics index and increase the competitiveness of our country’s export products,” the President said.

President Jokowi also said that the Government would continue the development of modernization of mass transportation modes such as MRT, LRT, and high-speed trains, especially in big cities, so that the transportation system would be more efficient, more environmentally friendly, and thoroughly connected.

President Jokowi also went on to say that there is still a gap between supply and demand during the preparation of construction materials. He pointed out examples that only 70% of 850 thousand tons asphalt needs had been met and that only 60% of 9 million tons steel needs had been met.

“This means that we need to strengthen the infrastructure-supporting industry,” the President stated. (TGH/EN/JAY/ES)