President Jokowi Thanks PM Albanese for His Support for G20 Summit in Bali, G20 Presidency 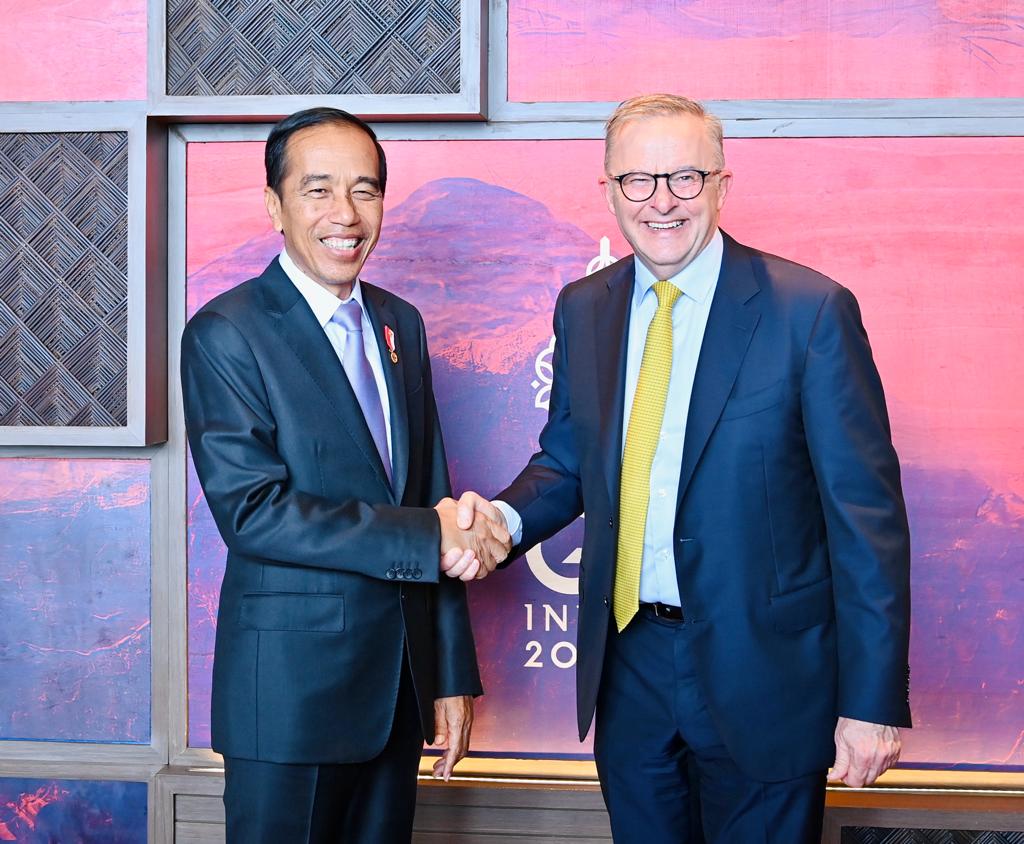 “It’s an honour for me to have you again, Your Excellency, after the courtesy call last June in Bogor. I would like to extend my gratitude for your attendance and support for the G20 Summit and Indonesian G20 Presidency,” the President said during the bilateral meeting with PM Albanese at the Apurva Kempinski in Bali.

On that occasion, President Jokowi went on to say that the success of the G20 is a collective responsibility of all G20 countries.

On bilateral partnership between Indonesia and Australia, President Jokowi praised for the value of trade in goods between the two countries that reached USD12.64 billion or increased 76.84 percent in 2021.

“We have to continue to optimize the implementation of the IA-CEPA in order to boost economic recovery,” the President added.

On that occasion, President Jokowi also talked on concrete partnership in Indo-Pacific region including the implementation of the ASEAN Outlook on the Indo-Pacific.

“Under Indonesian Chairmanship [of ASEAN in 2023], next year I call for Australia’s participation in the Indo-Pacific Infrastructure Forum,” he remarked. (MAY/UN) (AP /LW)