President Jokowi Thanks Press for Role during COVID-19 Pandemic 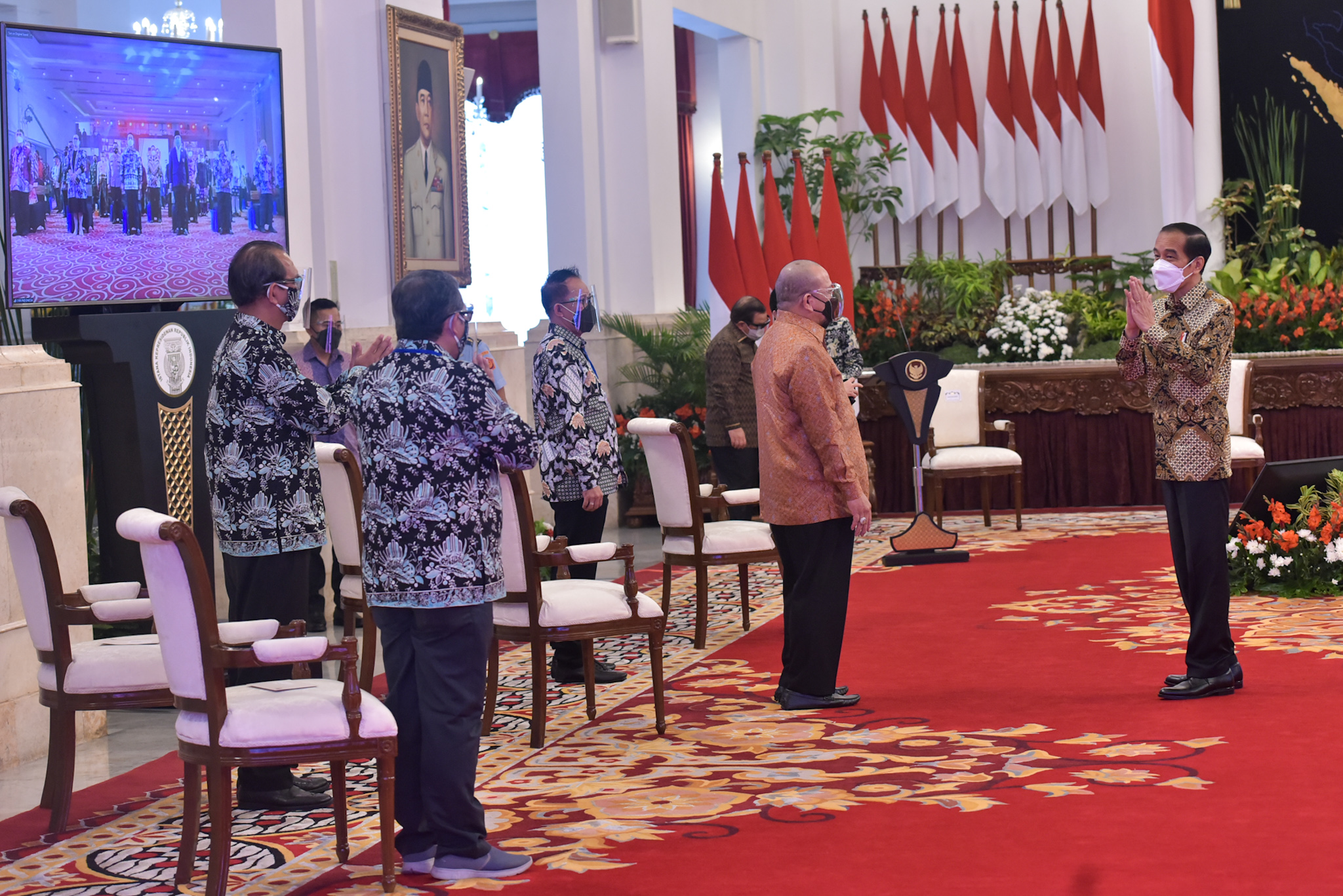 President Joko “Jokowi” Widodo expressed his gratitude to the press for their role in bridging communication between the Government and the people amid the COVID-19 pandemic.

“I would like to congratulate the Indonesian press on the commemoration of the Press Day. I recognize that during the pandemic, you are still working and are at the forefront of reporting on any developments regarding the situation, becoming the bridge of communication between the Government and the people, maintaining optimism and keeping hope,” President Jokowi said during the peak event of the 2021 National Press Day (HPN) commemoration from the State Palace, Jakarta, Tuesday (09/02).

The Presiden also expressed appreciation for their role in helping the Government to provide correct and accurate information and to educate the public on the implementation of health protocols.

President Jokowi also acknowledged that just like any other professions, the press is also facing difficult times during this pandemic. “I know that the press industry, just like other private sectors, is also facing corporate problems, financial problems, it is not easy, as said by the Chairperson of the Indonesian Journalists Association (PWI),” he said.

To ease the burden on the industry, the President added, the Government has included Article 21 Income Tax (PPh 21) for media crews in the list of taxes borne by the Government, which is valid until June 2021.

The Government, the President further stated, continues to welcome input from members of the press. “Your service is vital for the progress of the nation all this time and in the future. Let’s build hope together, voice optimism. We want to succeed in handling the health crisis, handling the economic crisis and achieving many leaps of progress,” the President said.

On the occasion, Head of the COVID-19 Task Force Doni Monardo received Gold Medal for Press Freedom, the highest HPN award for his role in building cooperation with the press and journalists through a number of dissemination programs for COVID-19 handling.(FID/UN) (FI/LW)