President Jokowi Thanks State Institutions for Their Performance 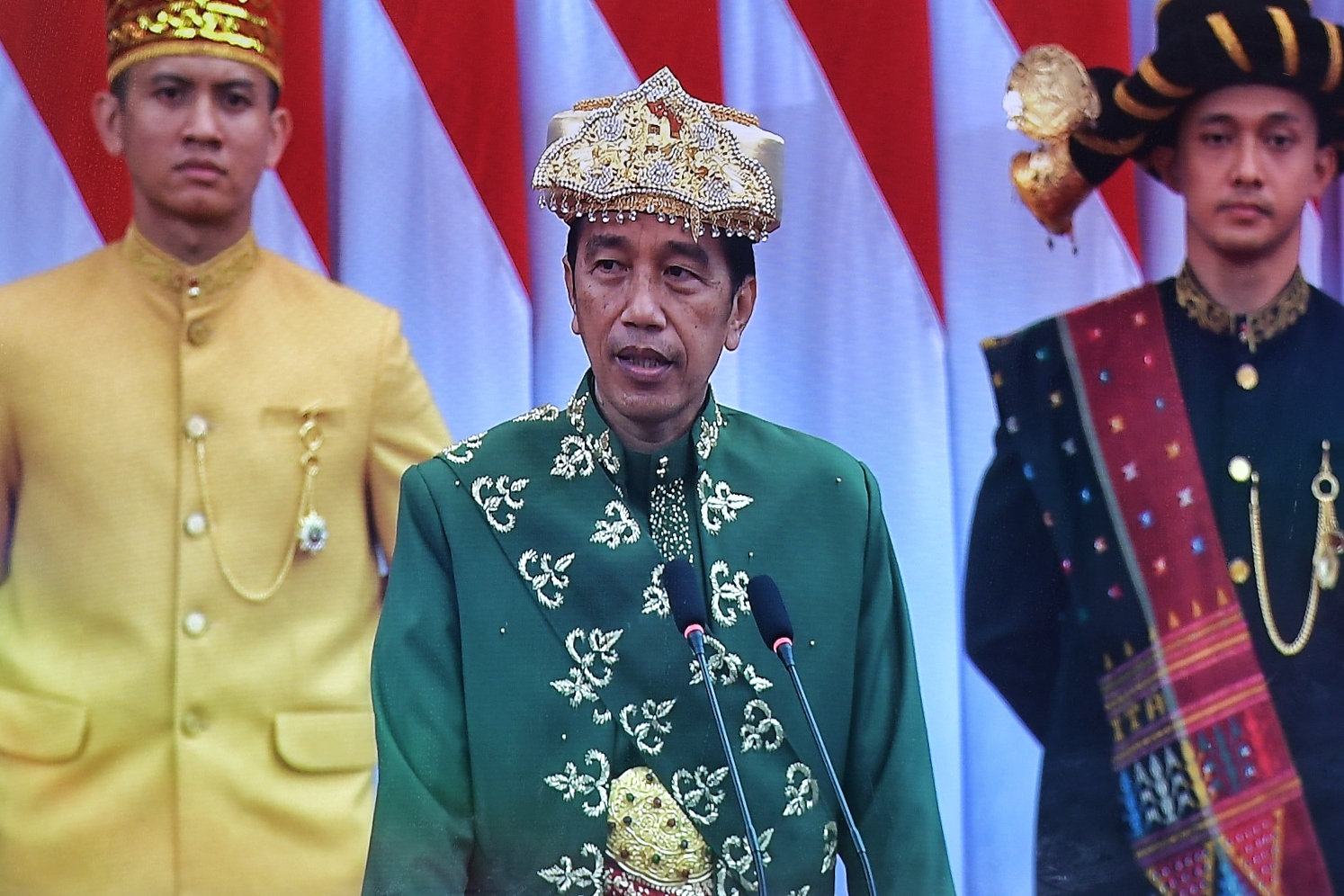 President Jokowi at the Annual Session of the People’s Consultative Assembly (MPR) and the Joint Session of the House of Representatives (DPR) and the Regional Representative Council (DPD) on the Occasion of the 77th Anniversary of the Proclamation of Independence of the Republic of Indonesia at the Plenary Hall of the House’s Nusantara Building in Jakarta, Tuesday (08/16). (Photo by: PR of Cabinet Secretariat/Rahmat)

“I highly appreciate the efforts of the MPR in encouraging the manifestation of the State Ideology Pancasila, reviewing the content and legal form of the State Policy Guidelines (Pokok-Pokok Haluan Negara/PPHN), and at the same time, initiating international cooperation in addressing various global challenges,” the President said.

President Jokowi also expressed appreciation for the support given by the DPR to the Government in efforts to handle the health and economic crisis.

“The DPR has also supported various massive transformations, including Law on New Capital of Nusantara (IKN), Law on Harmonization of Tax Regulations, and Law on Sexual Violence Crimes,” he said, adding that he also expressed appreciation to the DPD which has played a pivotal role in drafting a number of bills, particularly bills on the Special Autonomous Region and the establishment of new provinces.

In addition, legal service reforms in the Supreme Court are proven to improve the quality of case resolutions and the Constitutional Court has improved service to constitutional enforcement effectively, the Head of State said.

Furthermore, the President also thanked the Indonesian Audit Board (BPK) for they have maintained synergy between quality of state finance governance and flexibility in facing crises and underscored this is very helpful to the Government.

“The plan to hold Supreme Audit Institution (SAI)-20 has also strengthened Indonesia’s leadership in the G20,” he said.

“I would also like to express my gratitude to other state institutions for their respective authorities and responsibilities, including the central bank Bank Indonesia, the Financial Services Authority (OJK), the Indonesia Deposit Insurance Corporation (LPS), the Corruption Eradication Commission (KPK), the Indonesian Ombudsman, the General Elections Commission (KPU), the General Election Supervisory Agency (Bawaslu), the National Commission on Human Rights, and other national institutions,” the President added.

In the meantime, he also reminded the people to support the whole process of general elections. “I would like to remind everyone to avoid identity politics, to avoid religious politics, and to avoid social polarization. Our democracy must be more mature and the national consolidation must be strengthened,” President Jokowi said.

President Jokowi also extended gratitude to the ulemas, religious figures, public figures as well as culture bearers, who have given their contribution to strengthen the national values and to maintain the nation’s unity and integrity.