President Jokowi Thanks TNI, Polri for Ensuring Security Ahead of Inauguration 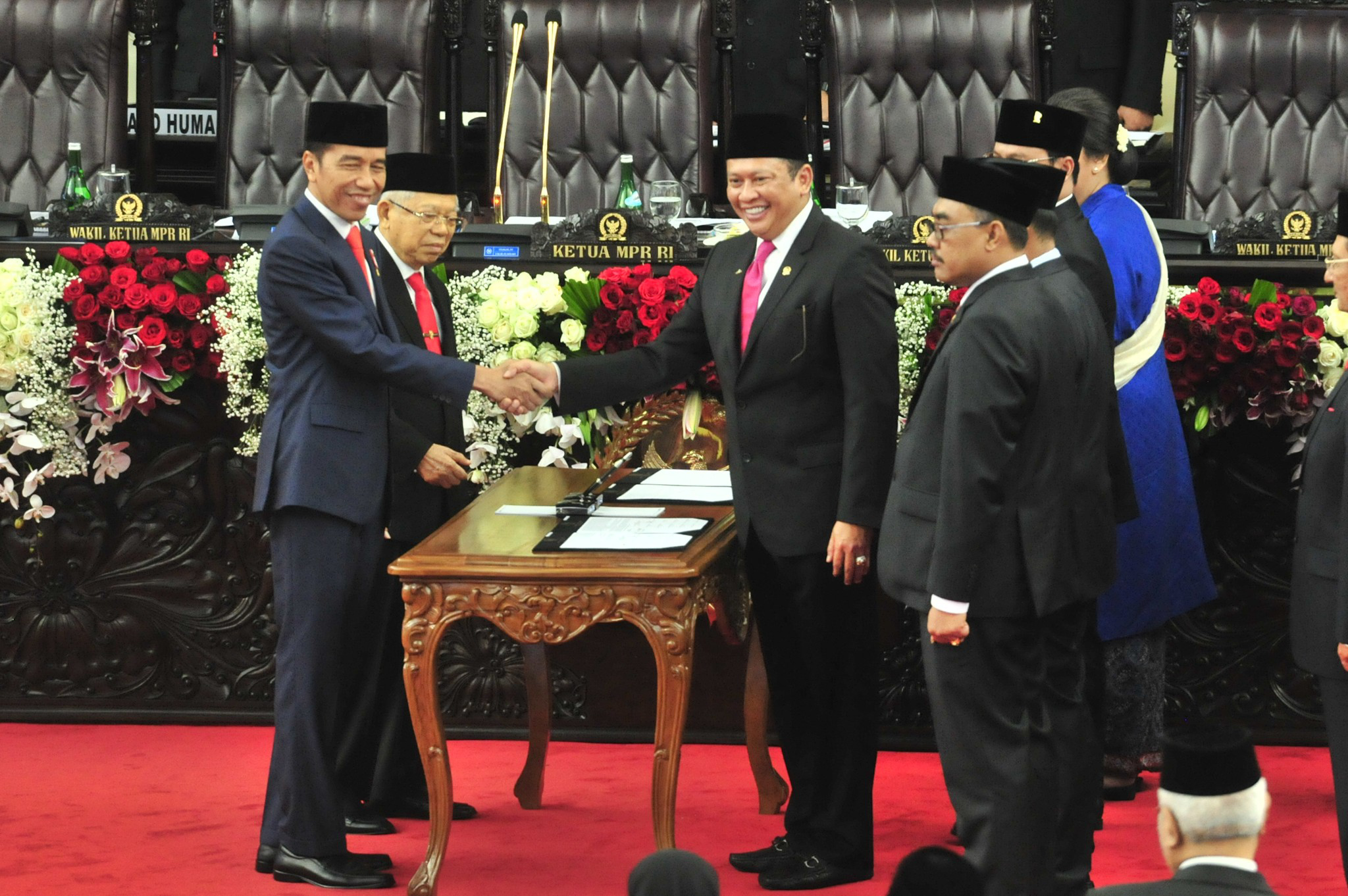 “Alhamdulillah, praise be to Allah, the inauguration proceeded smoothly and peacefully in solemn atmosphere,” President Jokowi said after the inauguration ceremony held at the People’s Consultative Assembly (MPR), at the Presidential Palace, Jakarta, Sunday (20/10).

“This is an example of strong bilateral ties (between Indonesia) with other countries. Thus, I would like to express my highest appreciation to all heads of state, heads of government, and also special envoys who attended this ceremony,” he added.

For the record, the President, is planning to hold a syukuran (gathering to express gratitude to God) with his volunteers at around 9 p.m. after he receives several state guests. Afterwards, he will have several other meetings. (FID/GUN/OJI/ES)