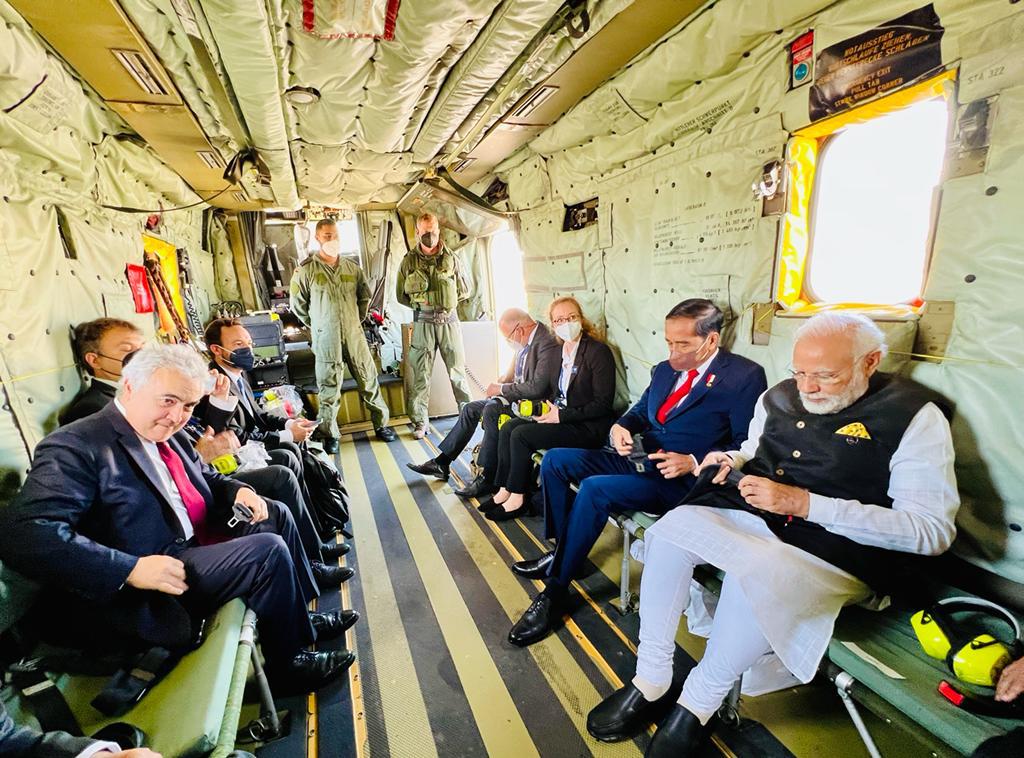 President Jokowi and Indian Prime Minister Narendra Modi board a helicopter to go to the G7 Summit location in Germany, Monday (06/27). (Photo by: BPMI of Presidential Secretariat)

On the second day of his working visits to Germany, President Joko “Jokowi” Widodo Monday (06/27) is slated to attend the 48th G7 Summit at Elmau Castle.

From Munich, President Jokowi flew to the summit location on board the Sikorsky CH53 military helicopter with Indian Prime Minister Narendra Modi  for approximately 30 minutes.

The President will return to Munich using the same helicopter after the end of the G7 Summit.

During the Summit, the President will encourage G7 countries to jointly seek peace in Ukraine and also to devise solutions to food and energy crises as soon as possible.

“Indeed, this is not an easy feat but Indonesia will continue to strive,” the President stated before his departure to Munich this Sunday (06/26). (BPMI of Presidential Secretariat/UN) (FI/MUR)