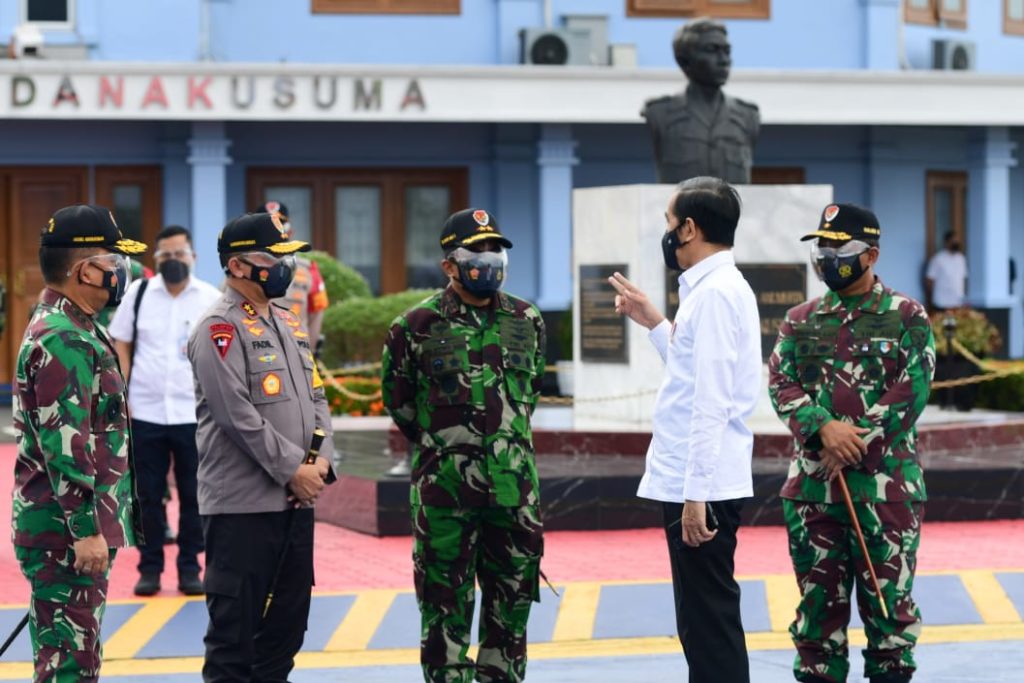 President Jokowi prior to his departure, Sunday (28/02). (Photo by: BPMI/Muchlis Jr)

President Joko “Jokowi” Widodo on Sunday (28/02) afternoon left for the Special Region of Yogyakarta for a working visit.

Departing from Halim Perdanakusuma Air Force base, Jakarta, at around 16:00 Western Indonesian Time, the Head of State and his entourage left for Adisutjipto Air Force Base, Sleman Regency, Yogyakarta.

Upon arrival in Sleman, President Jokowi will go immediately to Gedung Agung of the Yogyakarta Presidential Palace to spend the night.

On Monday (01/03), the President is slated to inspect mass vaccinations for public workers in several locations in Yogyakarta.