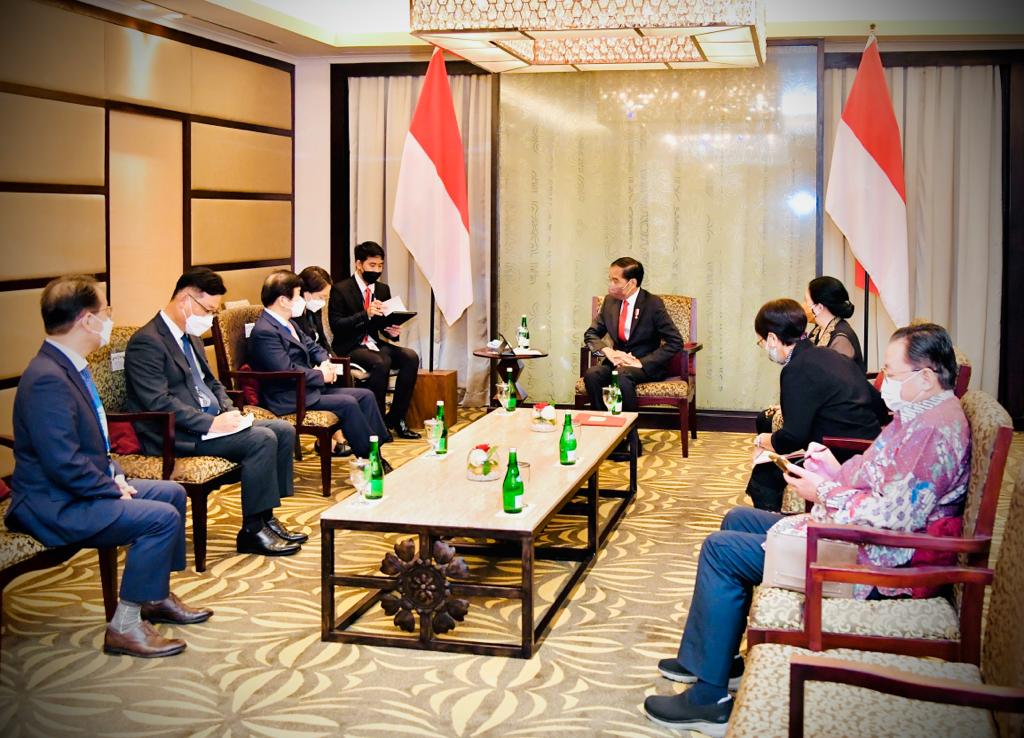 President Jokowi meets Speaker of the National Assembly of the Republic of Korea at BICC in Badung regency, Bali province (03/20). (Photo by: BPMI of Presidential Secretariat/Laily Rachev)

Indonesia is ready to bolster cooperation with the Republic of Korea that has been well established based on the two countries’ Special Strategic Partnership, according to President Joko “Jokowi” Widodo.

The President made the statement while meeting Speaker of the National Assembly of the Republic of Korea Park Byeong-Seug at Bali International Convention Center in Badung regency, Bali province, Sunday (03/20).

During the meeting, President Jokowi talked about South Korea’s investment commitment in the electric vehicle industry and its ecosystem.

“This week, I attended the launching of electric car Hyundai IONIQ 5, marking the beginning of electric vehicle production in Indonesia. Meanwhile, another electric car [model] from Hyundai, Genesis G80, will be the official car of the G20 Summit to showcase Indonesia-South Korea cooperation,” he said, adding that Indonesia is ready to bolster cooperation in various sectors.

“The sectors of health, digital transformation, and digital finance, and [cooperation] to overcome global supply chain disruption,” he said.