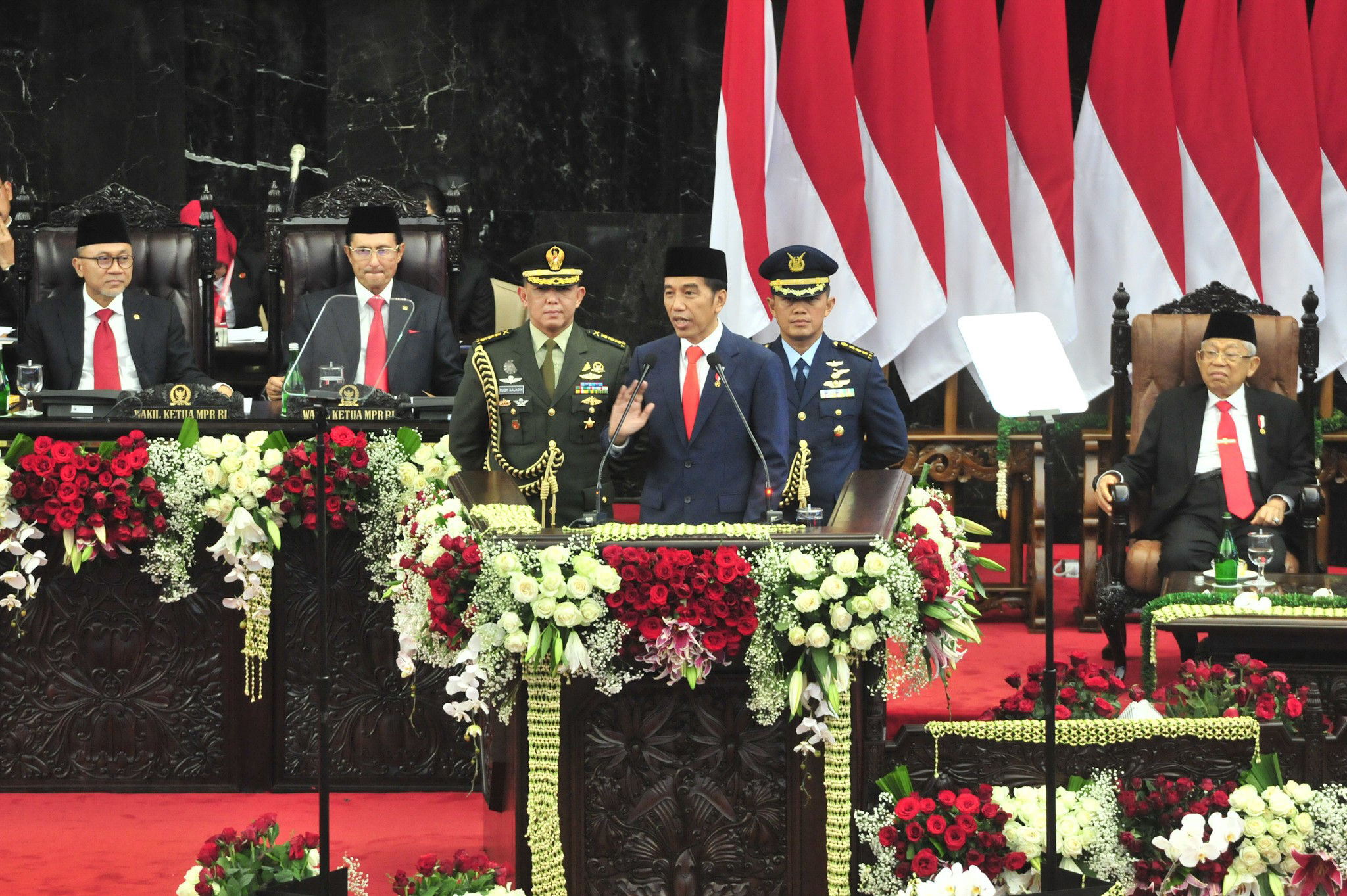 Furthermore, Indonesia’s Gross Domestic Product in 2045 is also expected to reach US$7 trillion and the country can be among top five world economies with poverty rate close to zero.

“However, all of these will not come easily. We must work harder, faster, and more productively,” President Jokowi said in his remarks in his inauguration speech in Jakarta, Sunday (20/10).

The President also stated that in the world replete with risks and dynamics and that is also competitive, the people must continue to develop new innovations. “We must not be trapped in a monotonous routine,” he added.

President Jokowi went on to say that increasing productivity is the Government’s priority and he often reminded his ministers that the Government’s task is not only to formulate and implement policies, but also to enable the people to enjoy its services and the country’s development.

“We must be oriented to tangible results,” he said.

President Jokowi also stated that his subordinates often reported to him that a program had been implemented; yet, after he inspected it on the ground and asked the people directly, he learned that the people had not received the benefits of the policy.

Just like when you send a message in an instant messenger, the President continued, there is a difference between being ‘sent’ and being ‘delivered’. He emphasized that the Government’s duty is to guarantee that the ‘message’ is not only ‘sent’, but also ‘delivered’.

“I urge and I will order that the task of the bureaucracy is to make (the programs) ‘delivered’,” President Jokowi added. (Tim MPR RI/ES)