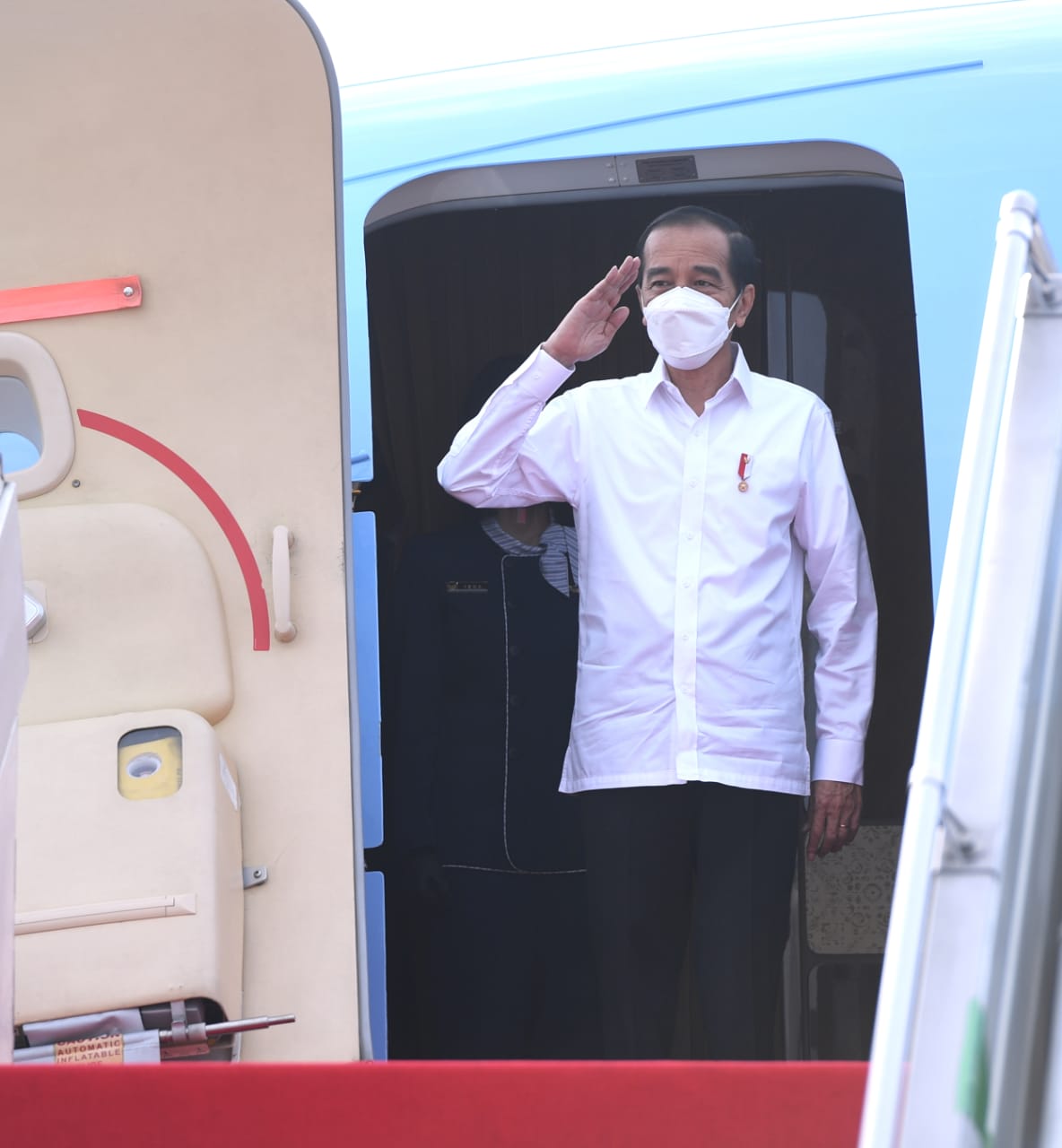 The Indonesian-1 Presidential aircraft carrying the President and his entourage took off from Halim Perdanakusuma Air Force Base at around 07.30 Western Indonesian Time.

Upon arrival at the Syamsudin Noor Air Force Base, Banjarbaru City, the President immediately continued his trip to Tapin Regency with the Indonesian Air Force Super Puma helicopter.

During the working visit, the President is slated to inaugurate and inspect the Tapin Dam located in Pipitak Jaya Village, Tapin Regency.

The President is also scheduled to inspect the relocation of houses of residents affected by the dam construction.

Accompanying the President during the working visit were Minister of Public Works and Public Housing Basuki Hadimuljono and Presidential Chief of Staff Moeldoko. (BPMI/UN) (RI/LW)