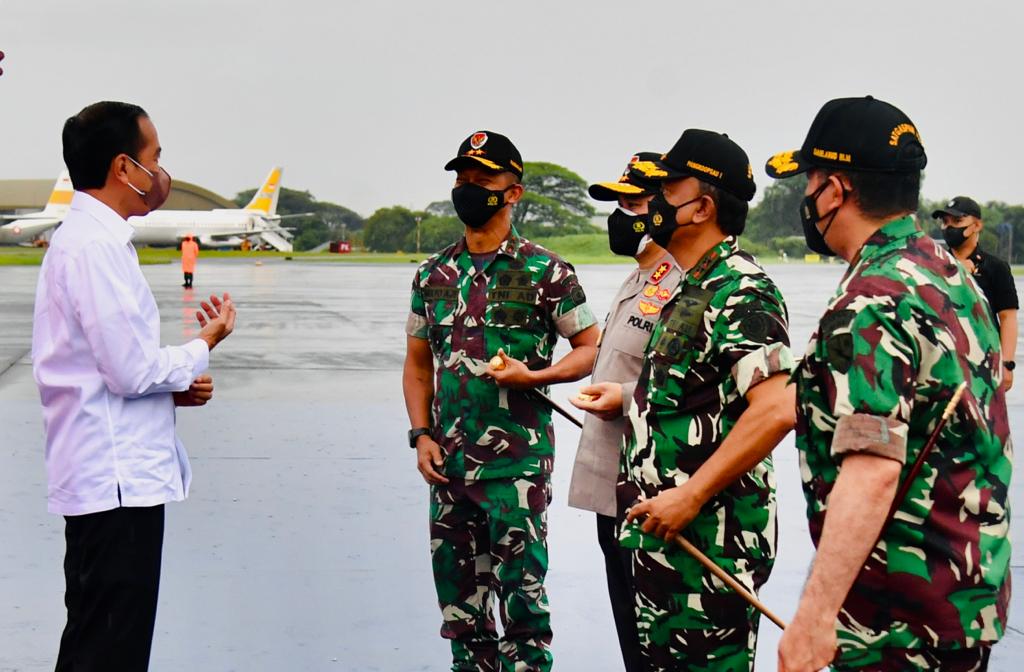 President Jokowi prior to his departure to East Java Province for a working visit, Tuesday (12/07). (Photo by: Laily Rachev)

The President and his entourage took off from Halim Perdanakusuma Air Force Base in Jakarta onboard Indonesia-1 Presidential Aircraft at 07.30 Western Indonesia time (WIB).

Upon his arrival at Juanda International Airport, Sidoarjo regency, the President will continue the trip to Lumajang regency using the Air Force’s Super Puma Helicopter.

In Lumajang regency, the President is slated to visit a number of areas affected by the eruption of Mount Semeru.

After the inspection, the President will return to Jakarta in the afternoon.