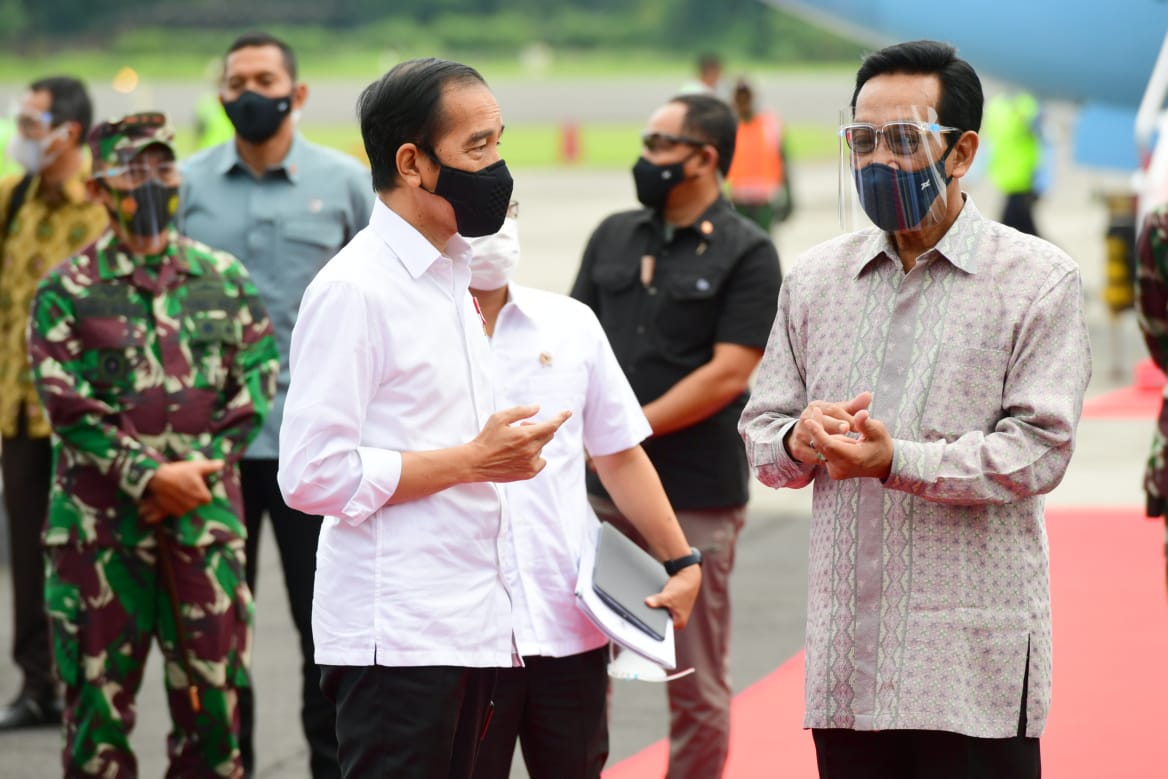 Upon his arrival, the President first visited the location of former Supreme Court Justice Artidjo Alkostar’s funeral parlours and performed a funeral prayer at the Ulil Albab Mosque, Integrated Campus of the Indonesian Islamic University, Yogyakarta.

Afterwards, the Head of State visited Beringharjo Market, Yogyakarta City, to inspect the implementation of mass vaccination for market traders and other workers in the market.

Furthermore, the President and his limited entourage is slated to visit the Fort Vredeburg Museum. At the location, which is an attraction for tourists in Yogyakarta City, the President will also inspect the implementation of mass vaccinations for street vendors, shop clerks, and local business players at Beringharjo Market.

The series of working visit will be concluded by the inauguration of the operation of the Yogyakarta-Solo electric railroad while still implementing strict health protocols. This mode of transportation is expected to increase accessibility and ease of transportation as well as provide added economic value for local residents, especially those in Yogyakarta, Klaten, and Solo.

Also present during the event were, among others, Minister of State Secretary Pratikno and Governor of Yogyakarta Special Region Sri Sultan Hamengkubuwono X. (BPMI/UN) (RIF/LW)