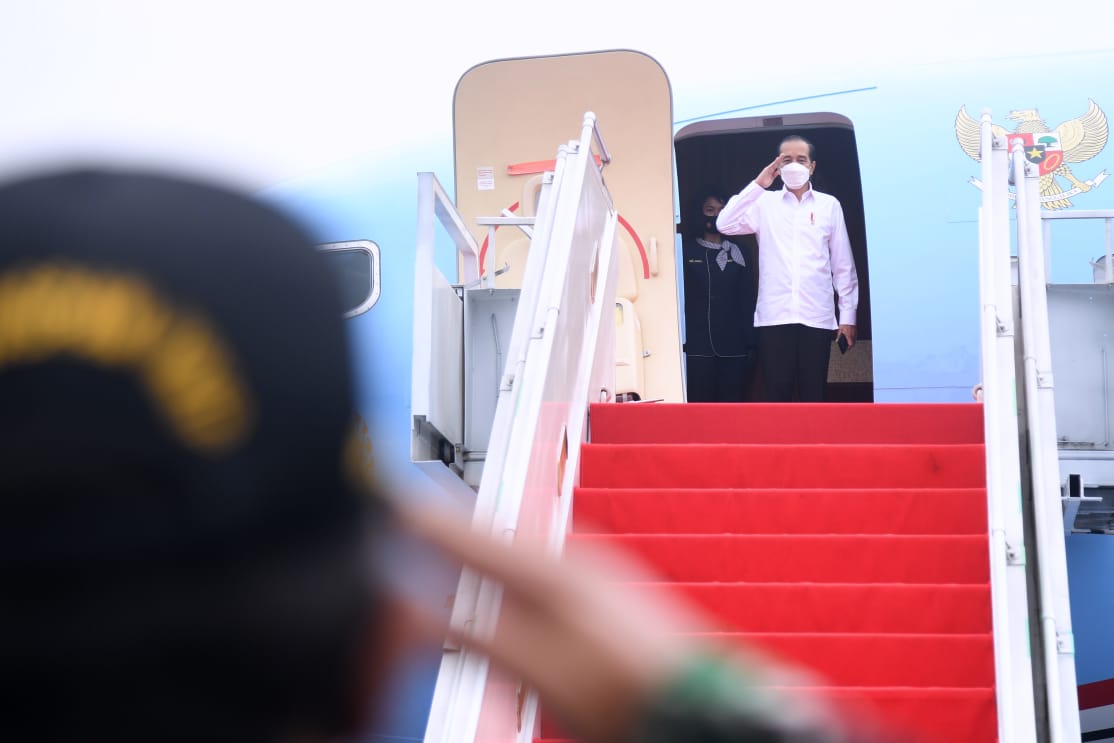 President Jokowi left for the Special Region of Yogyakarta for a working visit, on Wednesday (10/3), from HalimPerdanakusuma Air Force Base. (Photo by: Press Bureau of the Presidential Secretariat/Lukas)

President Joko “Jokowi” Widodo, accompanied by Coordinating Minister for Economic Affairs Airlangga Hartarto, on Wednesday (10/3), left for the Special Region of Yogyakarta for a working visit.

The Indonesian-1 Presidential aircraft carrying the President and his limited entourage took off from Halim Perdanakusuma Air Force Base, Jakarta at around 08.00 Western Indonesian Time.

In the afternoon, the President and his entourage will return to the Adisutjipto Air Force Base to head to the Ahmad Yani Army Main Air Base, Semarang City, Central Java.

In Semarang City, the President will inspect mass vaccination of ulemas, interfaith leaders, and santri (religious students) of Central Java Province. The vaccination will be centered at the Convention Hall, Grand Mosque of Central Java.