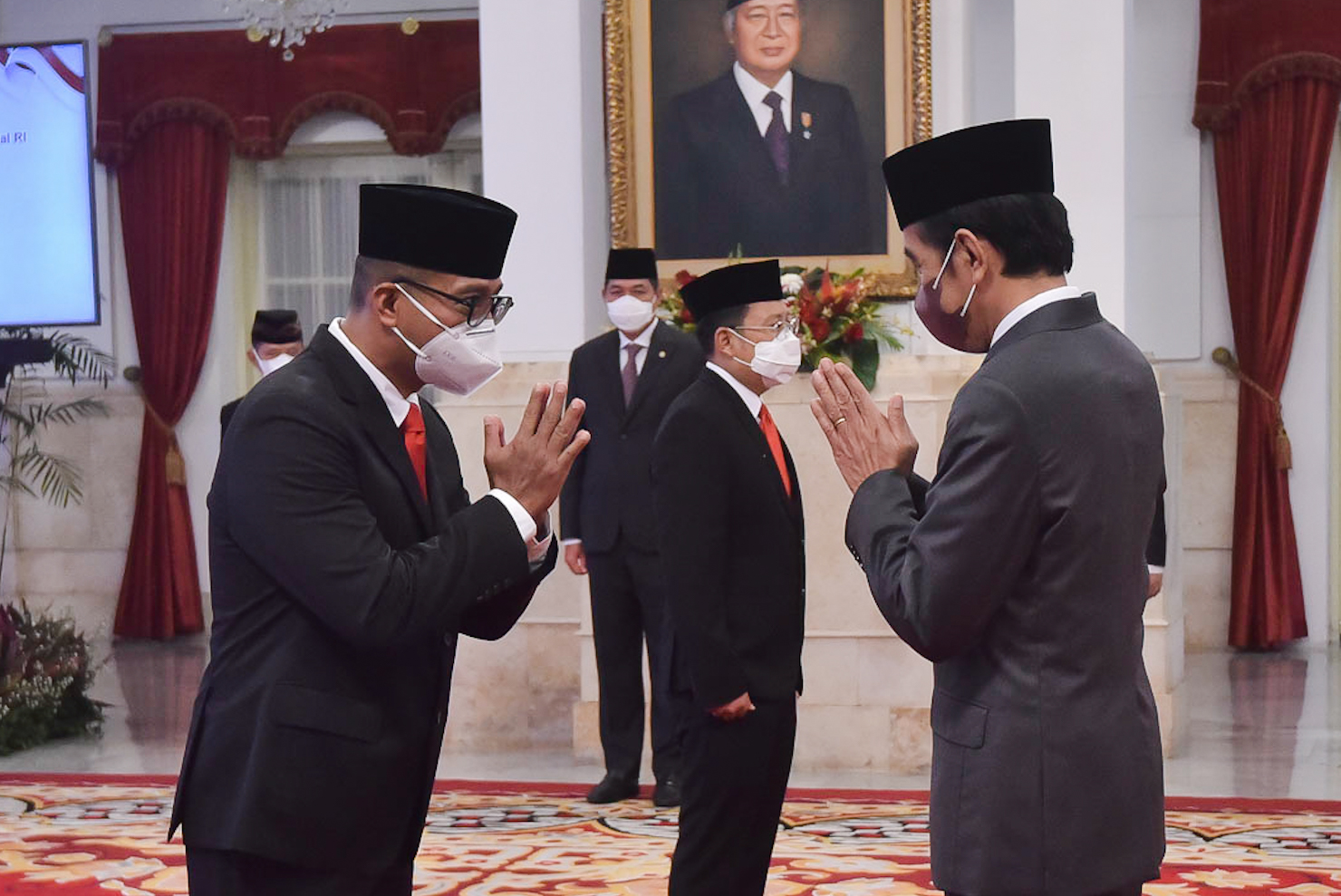 President Joko “Jokowi” Widodo Thursday (03/10) will inaugurate Bambang Susantono as Chairperson of Authority of the New Capital of Nusantara (IKN) and Dhony Rahajoe as the Vice Chairperson.

In addition, President Jokowi will also inaugurate Andi Sudirman Sulaiman as Governor of South Sulawesi for the remaining term of office of 2022-2023.

“The President will inaugurate Andi Sudirman Sulaiman as Governor of South Sulawesi on Thursday afternoon at 15.00 Western Indonesian Time at the State Palace. Afterward, [the inauguration of] Bambang Susantono as Chairperson of Authority of the IKN and Dhony Rahajoe as Vice Chairperson of Authority of the IKN,” Head of the Presidential Secretariat Heru Budi Hartono said, Thursday (03/10), in Jakarta.

Heru said that the inauguration ceremony of the three state officials will be broadcasted live by Presidential Secretariat.