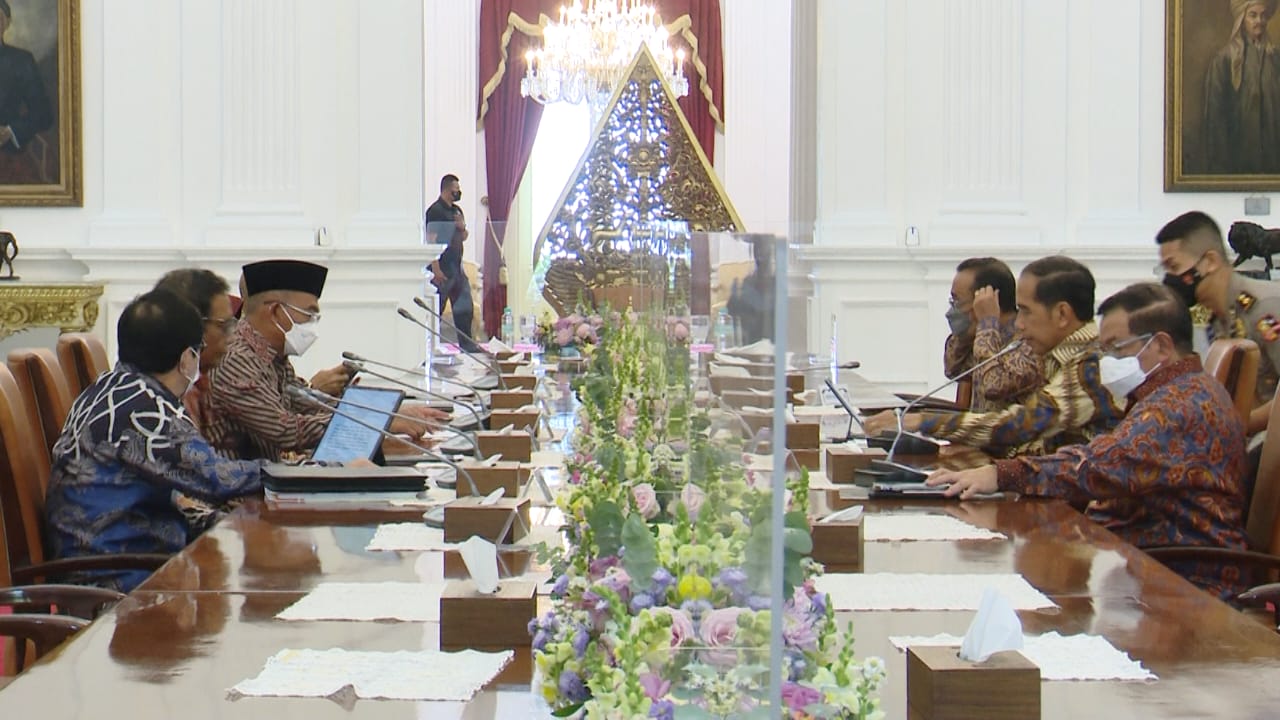 President Joko “Jokowi” Widodo Monday (01/16) ordered his cabinet ministers to follow up on the recommendation from the Non-Judicial Resolution of Past Gross Human Rights Violations (PPHAM) team.

“President Jokowi will issue a special Presidential Instruction to assign 17 ministries/non-ministerial state agencies and to coordinate with independent agencies outside the executive to resolve all the recommendations from the PPHAM team,” said Coordinating Minister for Political, Legal, and Security Affairs Mahfud M.D. in a press statement at Merdeka Palace, Jakarta.

Previously, President Jokowi had carried out the PPHAM team’s main recommendation, namely declaring an acknowledgment of past gross human rights violations. “Also, the President promised to do his utmost to ensure that gross violations of human rights in this country will never happen again in the future,” Mahfud added.

According to Mahfud, the President will carry out twelve other actions, ranging from issuing a Presidential Instruction to establish a new task force to evaluate and control the implementation of each recommendation.

“Everything is still in the drafting stage and the President might announce it in late January,” the Coordinating Minister said, adding that President Jokowi is also slated to visit a number of areas such as Aceh and Talangsari anytime soon.

President Jokowi, the Coordinating Minister continued, has assigned him, Minister of Foreign Affairs Retno L.P. Marsudi, and Minister of Law and Human Rights Yasonna H. Laoli to gather the victims who are residing abroad, especially in Eastern Europe.

“We give them assurance that they are Indonesian citizens and have equal rights,” Mahfud said.

In addition, the President is committed to paying full attention and has ordered the Attorney General’s Office (AGO) to coordinate with the National Commission on Human Rights (Komnas HAM) for judicial settlement.

“If there are perpetrators, we will process them in court as long as there is evidence that can be presented,” he remarked. (MAY/UN) (GWH/MUR)