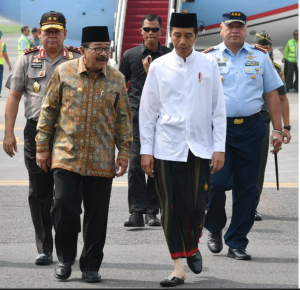 President Joko Jokowi Widodo is slated to pay a working visit to Jombang Regency, East Java province, on Tuesday (18/12) to launch a micro waqf bank, as well as to meet a number of Islamic scholars in the region, according to Deputy of Protocol, Press and Media of the Presidential Secretariat Bey Machmudin.

Once landed in Surabaya Airport, according to the press release, President Jokowi and his entourage are scheduled to head to the Darul Ulum Islamic Boarding School, Jombang Regency, to meet Islamic scholars, ulemas and Islamic students, as well as to inaugurate apartment building in the Darul Ulum complex.