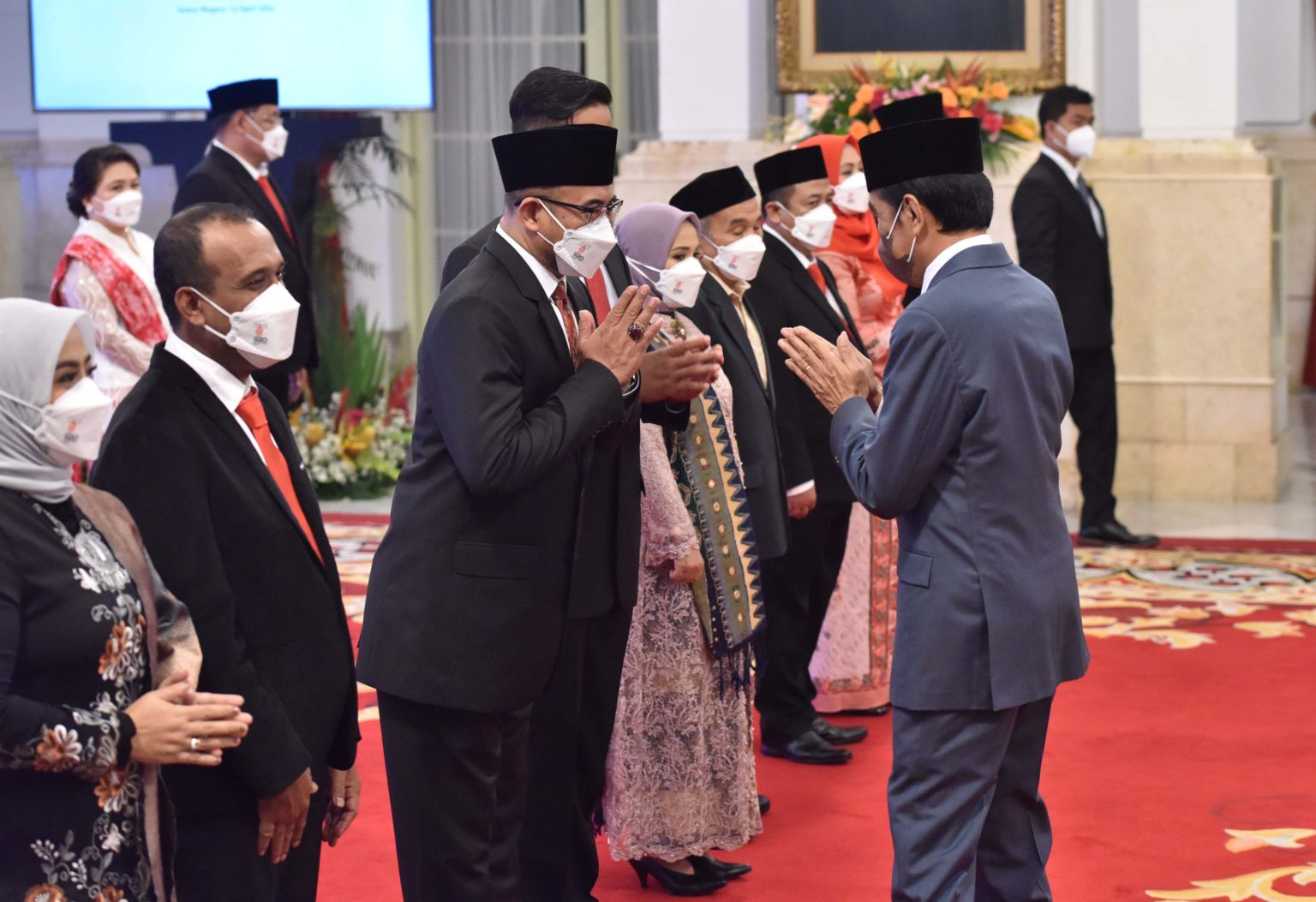 President Jokowi congratulates newly inaugurated members of KPU and Bawaslu for the period of 2022-2027 at the State Palace in Jakarta, Tuesday (04/12)

President Joko “Jokowi” Widodo Tuesday (04/12) called on the newly-inaugurated members of the General Election Commission (KPU) and The Elections Supervisory Agency (Bawaslu) for the period of 2022-2027 to immediately start working to prepare the 2024 National, Regional Elections (Simultaneous Elections).

“I would like to express my hope that newly inaugurated members of KPU and Bawaslu to immediately start working, ‘step on the gas’, coordinate with the House of Representatives (DPR) and the Government to carry out the duties and authorities in preparing the national, regional elections (simultaneous elections), in accordance with the stages that have been set, in 2024,” the President said in his statement.

The 2024 elections will be the first election to simultaneously vote for the President/Vice President, Legislative Members, and Regional Heads. Thus, President Jokowi asserted that the election stages starting on June 14, 2022 can be prepared properly in order to maintain Indonesia’s quality of democracy.

On that occasion, the Head of State also urged the KPU to increase political education and call on public to greatly welcome the incoming elections.

“Do not let people be provoked by identity politics’ issues. We have to call on public to greatly welcome the incoming elections,” President Jokowi said.

Furthermore, the President expressed his fully support to the KPU, Bawaslu.

“The Government will give fully support to the KPU, Bawaslu for the duties, especially through the provision of State Budget and Regional Budget and other technical preparations needed by the KPU, Bawaslu,” he remarked.(FID/SLN/UN) (AP/LW)
Latest News