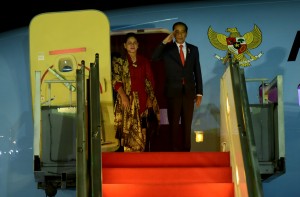 After delivering press statement about the Constitutional Courts ruling on the election lawsuit, President Jokowi accompanied by Vice President Jusuf Kalla, said that he will deliver two important points in the G20 Summit. First, we will talk about innovation on digital economy industry, and our efforts to overcome discrepancy, the President stated.

The President went on to say that he will remind every world leaders, including prime ministers, presidents, and kings participating the Summit about the current global uncertainty as the result of the trade war issues. I hope the leaders of G20 countries will be able to create a better situation that will benefit all of us, he said.

For the record, the G20 was founded at a G7 Meeting in Berlin, Germany in 1999. The first G20 Summit was held in Washington, the United States, on September 2000, and was attended by 20 head of states from Argentina, Australia, Brazil, Canada, France, Germany, India, Indonesia, Italy, Japan, Mexico, Russia, Saudi Arabia, South Korea, Turkey, the United Kingdom, the United States of America, Republic of the Peoples Republic of China, South Africa, and members of the European Union.

G20 Summit aims to prevent recurrence of global crisis in the future. (RSF/EN/RAH/ES)