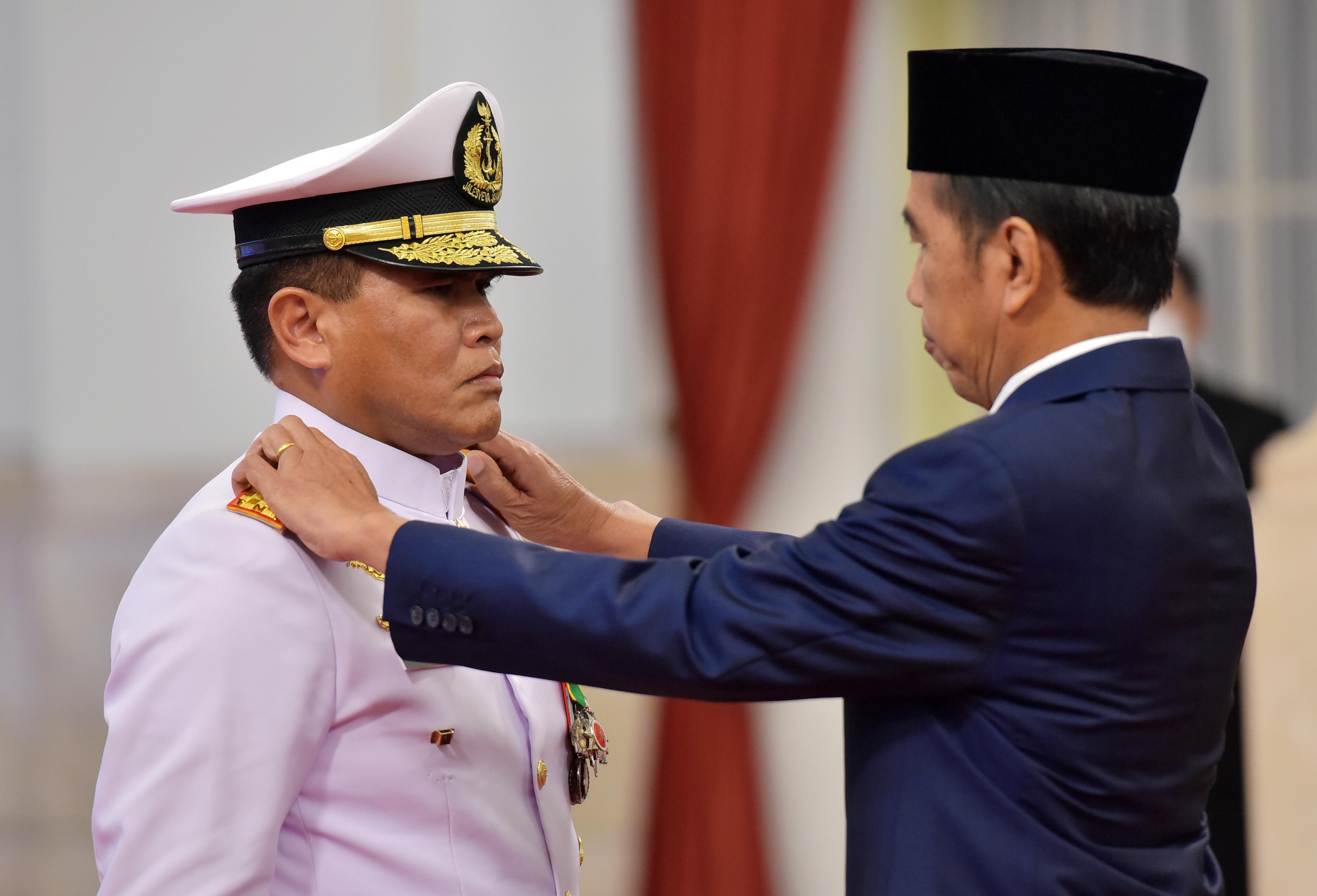 President Jokowi installs Admiral Muhammad Ali as the chief of staff of the Indonesian Navy (KSAL), at the State Palace, Wednesday (12/28). (Photo by: PR of Cabinet Secretariat/Djay)

President Joko “Jokowi” Widodo has unveiled reasons behind the appointment of Admiral Muhammad Ali as the new Chief of Staff of the Indonesian Navy (KSAL).

“I take track records into consideration. He served as the Naval Academy Governor, Commander of the Indonesian Fleet Command, Commander of the Defense Territorial Joint Command,” the President said in a statement after the inauguration at the State Palace, Jakarta, Wednesday (12/28).

In addition to the track record, the President also said he saw great leadership in Muhammad Ali.

He went on to say that given two-third of Indonesia’s territory is water, preserving the sovereignty of Indonesia is the responsibility of Admiral Muhammad Ali, particularly in the frontier islands and border areas.

In the meantime, the newly-inaugurated Chief of Staff stated that exercising sovereignty in borders must be strengthened.

“The President said that exercising sovereignty and law in seas must be strengthened, particularly in border areas, not only in South China Sea, but in all maritime borders. It covers the exercise of sovereignty and law. It is indiscriminately. Now, it is in a better condition and is safer than that several years ago,” he said after the inauguration.

The President, he added, also underscored the importance to prevent and stop smuggling, adding he will also continue policies implemented by his predecessor.

“I will continue. He (former Admiral Yudo Margono) has made many advancements and development in the Navy and I will carry it on. I will continue implementing his policies. There will be some development though. We will also settle unfinished programs and complete them,” he remarked. (FID/ST) (RAS/EP)