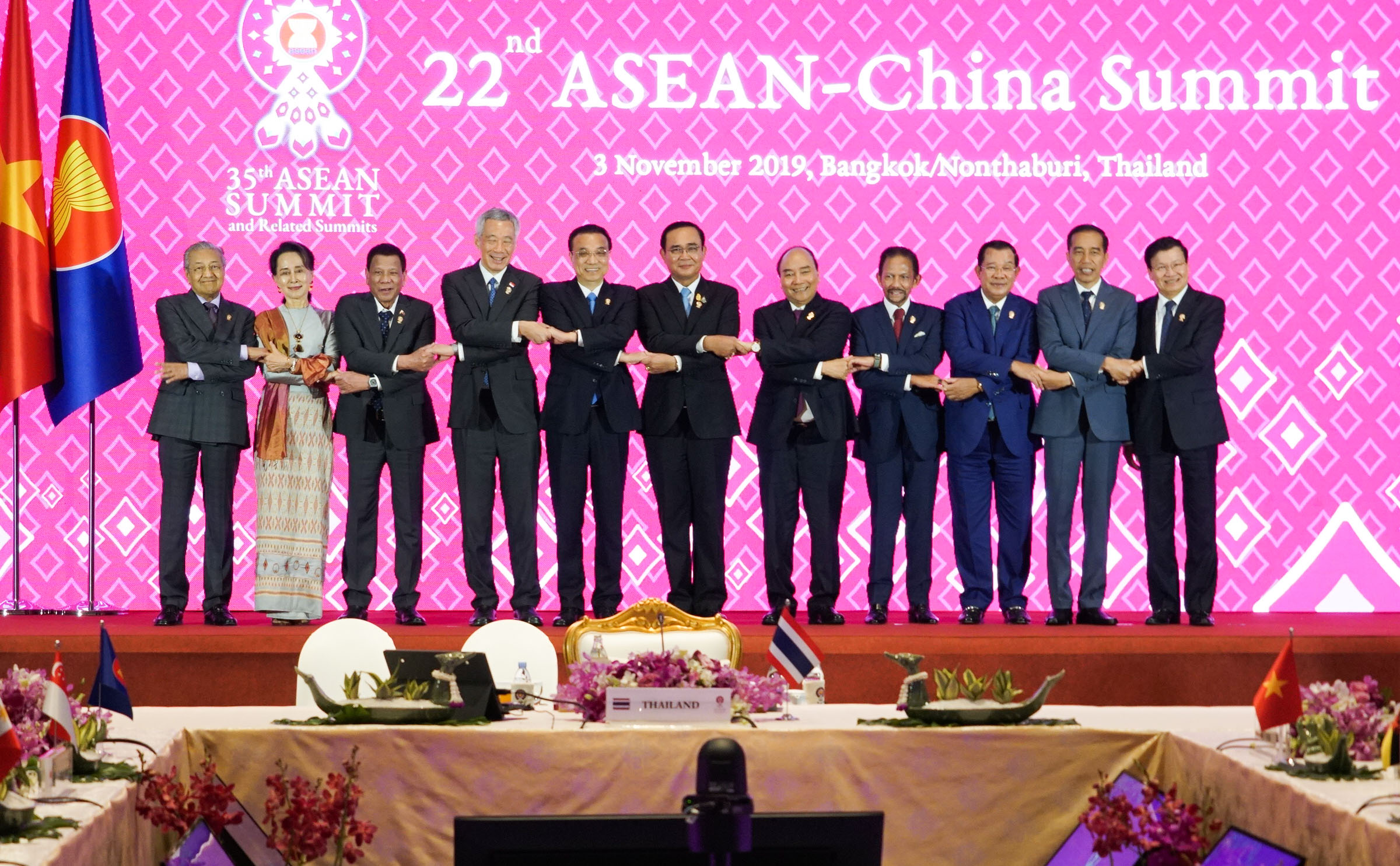 ASEAN leaders and Chinese Premier pose for a group photo at the 22nd ASEAN-China Summit, in Bangkok, Thailand, Sunday (3/11). (Photo by: Rahmat/PR)

Cooperation between ASEAN and the People’s Republic of China which have been established is an engine for maintaining peace, stability, prosperity and sustainability in the region, President Joko “Jokowi” Widodo has said.

“Through ASEAN outlook on the Indo-Pacific, Indonesia wants to encourage cooperation and turn rivals into partners. We also want to promote peace and stability in a larger context, namely the Indo-Pacific region,” President Jokowi said at the ASEAN-China Summit, as quoted by Minister of Foreign Affairs Retno Marsudi in Bangkok, Thailand, Sunday (3/11).

“President Jokowi also said that synergy between Master Plan on ASEAN on Connectivity 2025 and Belt and Road Initiative is really important,” Retno said in a media briefing after the second day of ASEAN Summit in Bangkok, Thailand, Sunday (3/10).

In the ASEAN-China Summit, the President also highlighted the importance of strategic trust to maintain stability, peace in the region, particularly in South China Sea. He also underlined importance to uphold international laws, including the United Nations Convention on the Law of the Sea (UNCLOS) 1982.

ASEAN leaders also recognized that China is one of the biggest trading partners for ASEAN, while the Chinese Government has declared its commitment to strengthen open and free trade with ASEAN. Furthermore, ASEAN leaders also raised the issue of maritime security and cross-border crime.

“Thus, China, in the Summit, highlighted three points. In political sector, they highlighted negotiation process of CoC which is underway. In economic sector, they highlighted trade partnership, economic partnership, and open and free market. In people-to-people contact, China and ASEAN will continue to make efforts in strengthening people-to-people relations, through exchange of students and scholarship,” the Minister said, adding that there are a total of 57 million mutual visits of China and ASEAN last year. (SLN/RAH/ES)