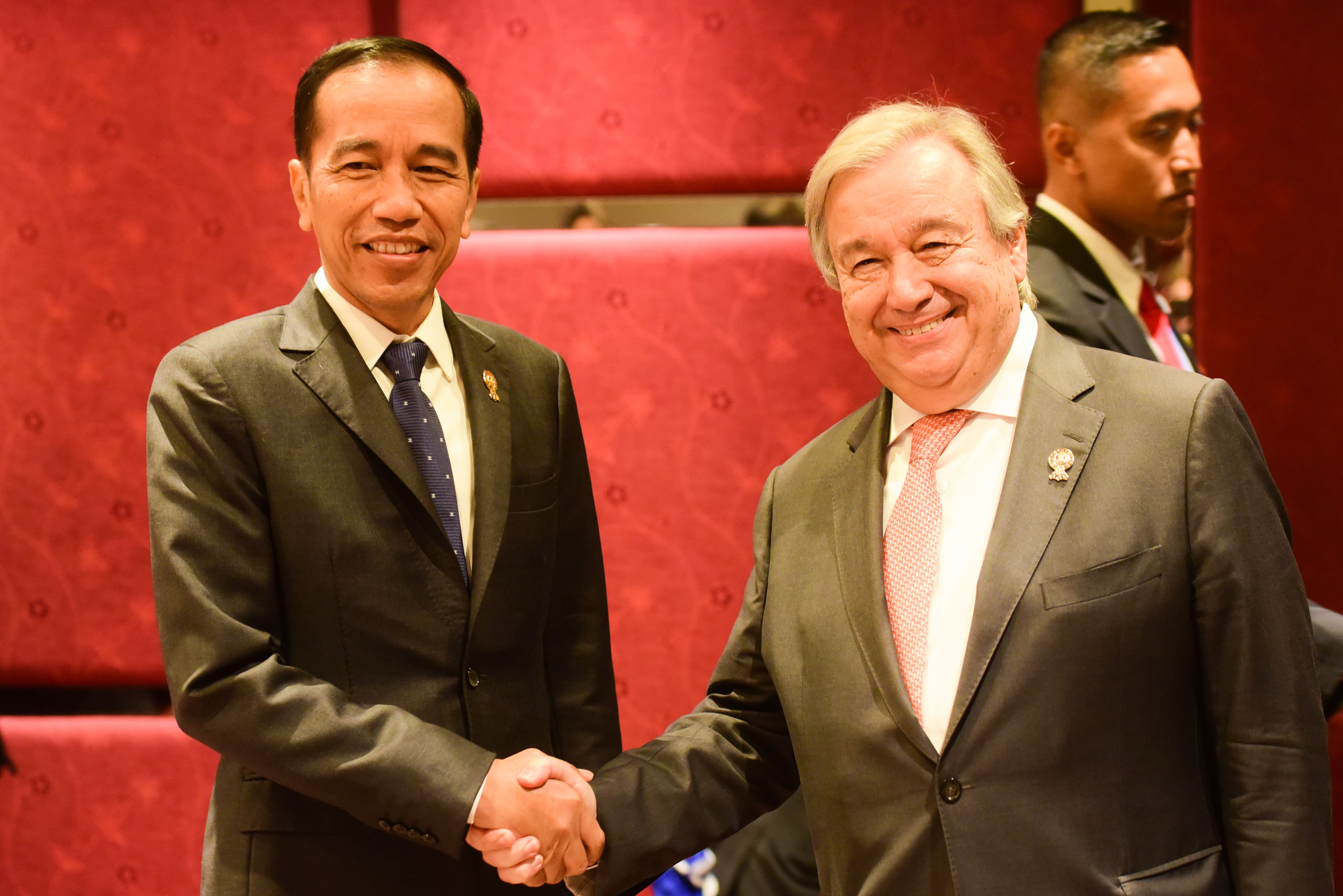 On the sidelines of the 35th ASEAN Summit in Bangkok, President Joko “Jokowi” Widodo and Secretary General of the United Nations Antonio Guterres discussed the issues of Rakhine State and Palestine.

“We have delivered the President’s position on these issues,” Indonesian Foreign Minister Retno Marsudi told reporters after the meeting on Saturday (2/11).

Retno went on to say that Indonesia is “more than ready” to solve these two complicated problems, adding that  the UN Secretary General praised President Jokowi for Indonesia’s contributions to solve the problems in  Rakhine State.

“The Secretary General said that there has not been any significant progress in Palestine and Rakhine State but we must continue to make our best effort to solve these humanitarian issues,” Retno said.