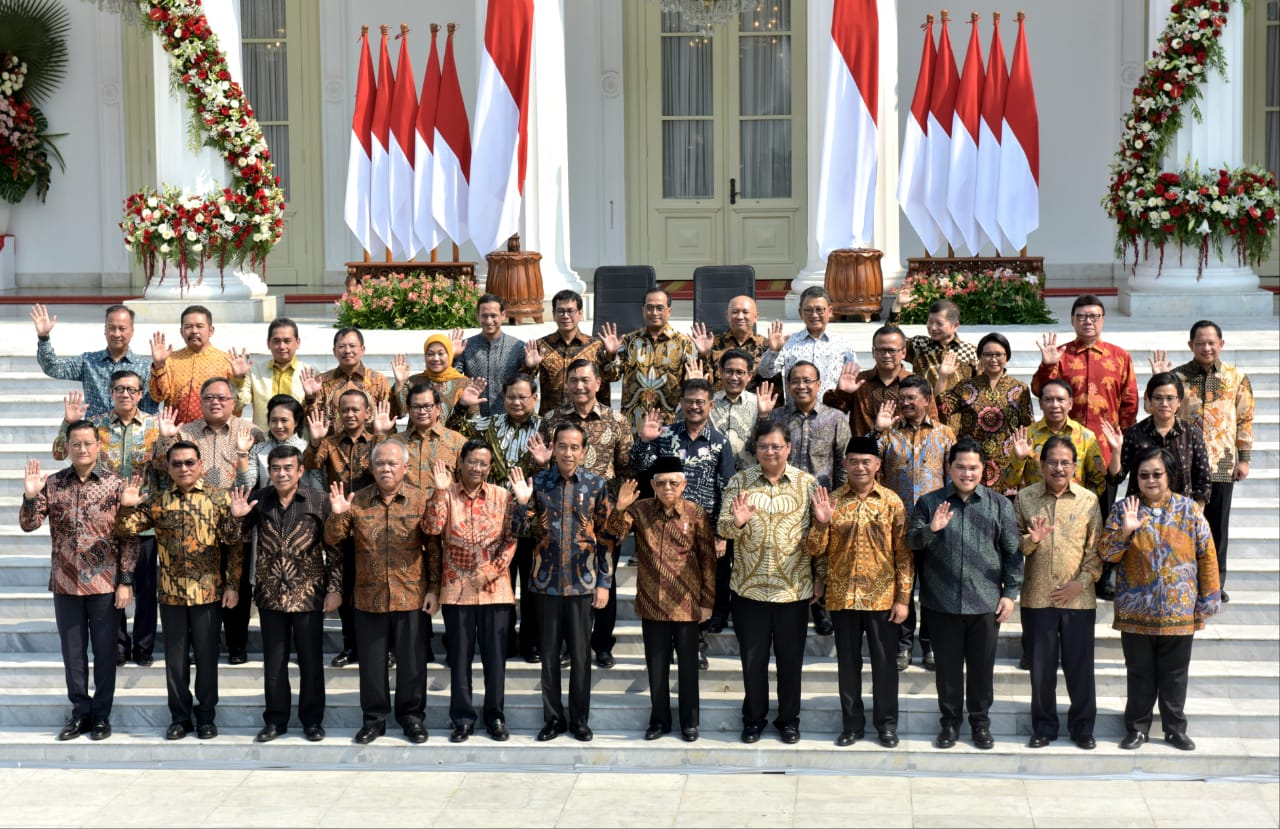 President Joko Widodo and Vice President KH. Ma’ruf Amin pose for a picture with new Cabinet members at the courtyard of the Merdeka Palace, Jakarta, Wednesday (23/10). Photo by: Rahmat/PR.

President Joko “Jokowi” Widodo has unveiled 38 names of Cabinet Ministers and Minister-level officials under the Administration of President Joko Widodo and Vice President KH. Ma’ruf Amin for the 2019-2024 period.

In the announcement ceremony held on Wednesday (23/10) at the courtyard of the Merdeka Palace, Jakarta, President Jokowi named his cabinet “Indonesia Onward Cabinet”.

“In the next five years, we focus on human capital development, job creation, and empowerment of Micro, Small, and Medium Enterprises (MSMEs),” President Jokowi said.

The following are the members of the New Cabinet:

Of the 38 names announced by the President, 22 of them are professionals while 16 are from political parties.