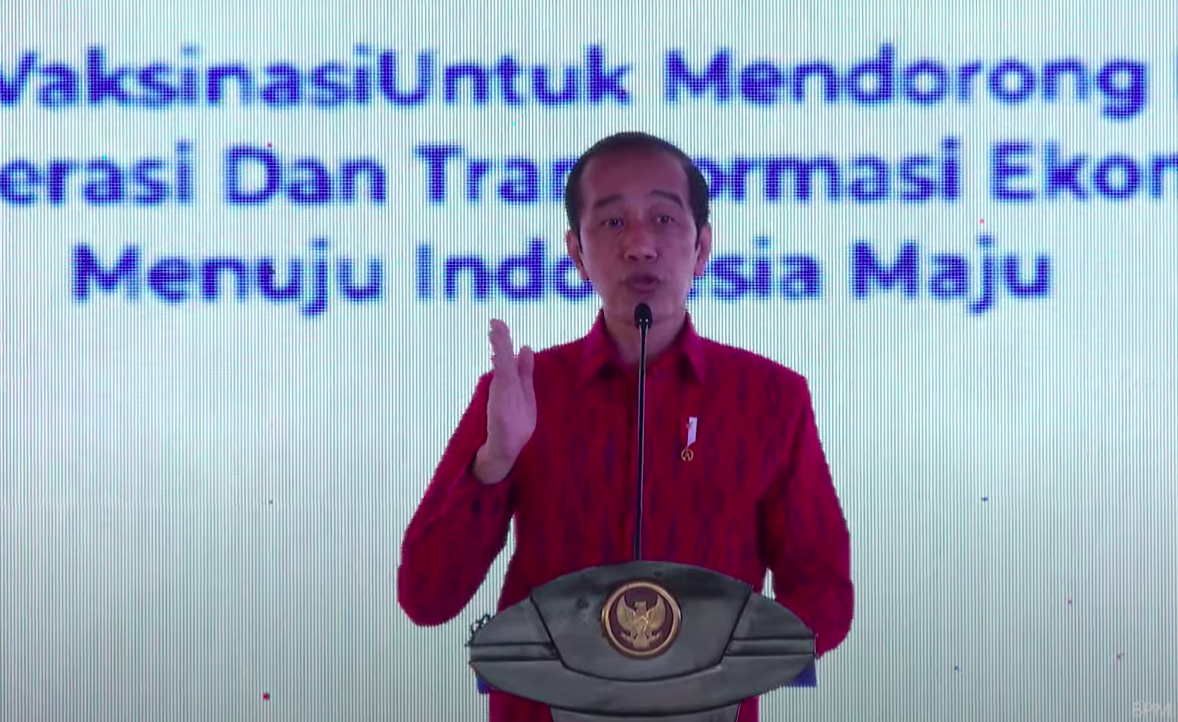 Indonesia’s economy will see a positive growth in the second quarter of this year as some indicators show a significant increase, President Joko “Jokowi” Widodo has said.

“We all remain optimistic that our economy insyaAllah will grow by 7 percent in the second quarter, improving from the previous quarter that was recorded at minus 0.74 percent,” the President said in his remarks during the 8th National Conference of the Indonesian Chamber of Commerce and Industry, in Kendari City, Southeast Sulawesi, Wednesday (30/6).

The President went on to say that Indonesia’s Manufacturing Purchasing Managers’ Index (PMI) reached 55.3 in May, higher than that of the rate before the pandemic at 51.

From the production and supply side, the export value increased by 58 percent, raw material imports grew by 79 percent, capital goods imports were 35 percent higher, and electricity consumption among industries rose by 28 percent. The demand side also increased in line with household consumption growth.

For the record, Indonesia’s consumer confidence index (CCI) jumped 104.4, higher than that of the previous index at 85 in February. The monthly mobility index also increased from minus 2 in February to 5.2.

On that occasion, the President underscored that efforts to recover the economy will highly depend on necessary measures in tackling the pandemic. “The key to the economic issues we are facing is on how we reduce the COVID-19 cases and suppress the virus transmission to make the virus disappear from Mother Earth,” he said.

The President also urged all parties to remain vigilant and not to be careless in suppressing the rate of transmission.