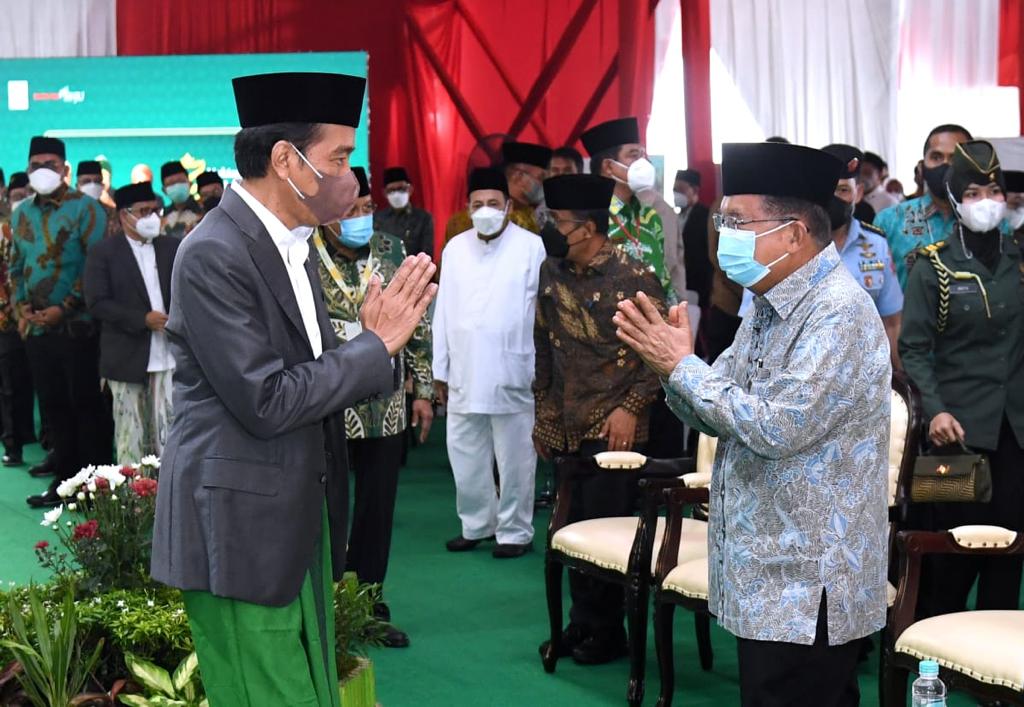 Indonesia’s largest Muslim organization Nahdlatul Ulama (NU) has the power to contribute to economic equality since many competent young people and santri (Islamic boarding school students) in the organization can move the people’s economy, according to President Joko “Jokowi”.

“That is like a locomotive. I believe such power can pull the carriages so that we can improve welfare equality together,” said the President during the Opening of 34th Nahdlatul Ulama (NU) Conference, in Central Lampung regency, Lampung province, Wednesday (22/12).

The President also urged young people to form a business group or concessions, including in the fields of agriculture and mining.

“But again, this should be a large business group so that we can invite more people to get involved. This measure takes a big work, but I see the potential in Nahdlatul Ulama. It is just a matter of taking steps,” he said.

On that occasion, the Head of State also expressed belief that younger generation of NU has the ability to master technology.

“In the future, we must master the technology whether we like it or not. We want the technology to provide benefits to the people. Do not let it bring negative effects for our people,” the President said.

Furthermore, the President mentioned about the meeting with Facebook CEO Mark Zuckerberg five years ago where they played ping pong virtually but felt like playing it real.

At that time, Mark conveyed that playing a game virtually is only the beginning of change and it is possible for every activity to be held virtually in the future. Therefore, the President appealed to NU to be careful in responding to any changes so that it brings benefits to mankind.

“And related to the theme of the influence of Islam on world civilization, we must be careful so that the civilization will be beneficial for mankind throughout the world, especially in our country Indonesia,” he said.

In addition, the President also stated that Indonesia’s G20 Presidency has become a momentum to influence world policies, especially in terms of digitalization, climate change, and a green economy.

“Indonesia is currently chairing the G20 and expected to influence world policies in order to support poor countries, developing countries, small countries, archipelagic countries, in every way,” he stated.

At the end of his remarks, the Head of State expressed his gratitude to NU for their role in continuing to oversee the life of the nation and state.

“Once again, I’d like to express my deepest gratitude to NU that continues to safeguard nationality, tolerance, pluralism, Pancasila, the 1945 Constitution, our diversity, and the Unitary State of the Republic of Indonesia. Hopefully, we can continually protect and take care of our beloved nation and country,” the President remarked.

For the record,  the 34th Nahdlatul Ulama Conference adopts the theme “One Century of NU: Independence in Service to World Civilization”, and was held in a hybrid format under strict health protocols.

The conference, which was held from 22 to 23 December 2021, also took place in several other places, namely the University of Lampung, Raden Inten State Islamic University, and Malahayati University. (TGH/UN) (RIF/LW)