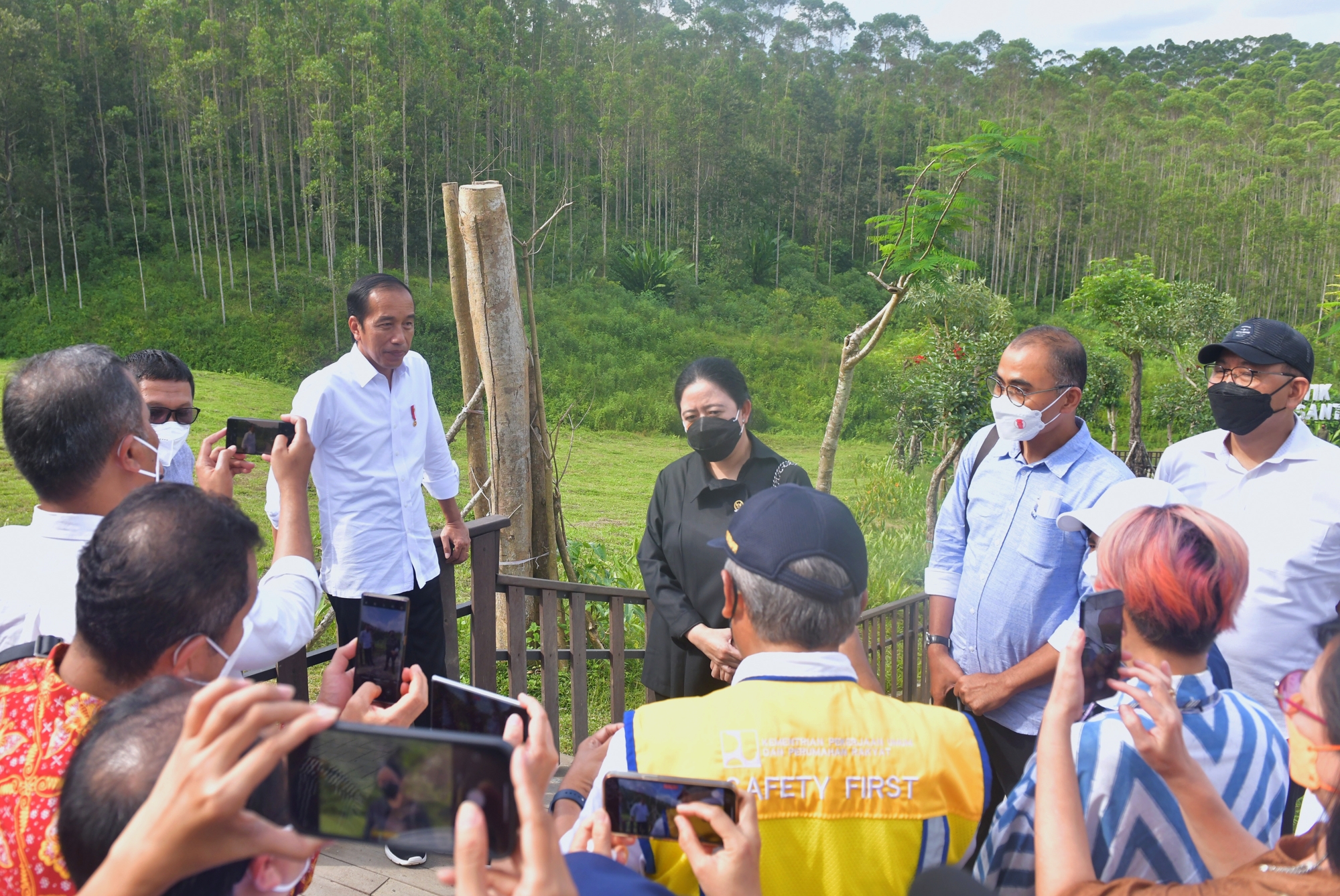 President Jokowi accompanied by Speaker of the House of Representatives Puan Maharani, State Officials, and Editors in Chief of Local, National Mass Media inspects the area of IKN in North Penajam Paser regency in East Kalimantan (06/22). (PR of Cabinet Secretariat/Rahmat)

President Joko “Jokowi” Widodo Wednesday (06/22) said he was upbeat that infrastructure development in Indonesia’s new capital of Nusantara (IKN) will continue to be carried out according to plan and schedule set by the Government.

The President’s optimism was based on the Government’s experiences in developing a number of infrastructures in all over Indonesia including the new Yogyakarta International Airport in Kulon Progo regency in Special Region of Yogyakarta province.

Echoing a similar sentiment, Minister of Public Works and Public Housing Basuki Hadimuljono also expressed his optimism that the development of the Central Government Core Area (KIPP) can begin from August this year.

In the meantime, Chairperson of IKN Infrastructure Development Task Force Danis H. Sumadilaga said that the place where President Jokowi inspected will be the place to build the Presidential Palace, offices, and other infrastructures supported by clean water, drainage, and sanitation.

Danis also said that toll roads to the IKN will also be built as supporting infrastructures.

“Insyaallah, the development of the IKN will kick off in August (2022),” he remarked. (BPMI of Presidential Secretariat/UN) (AP/EP)