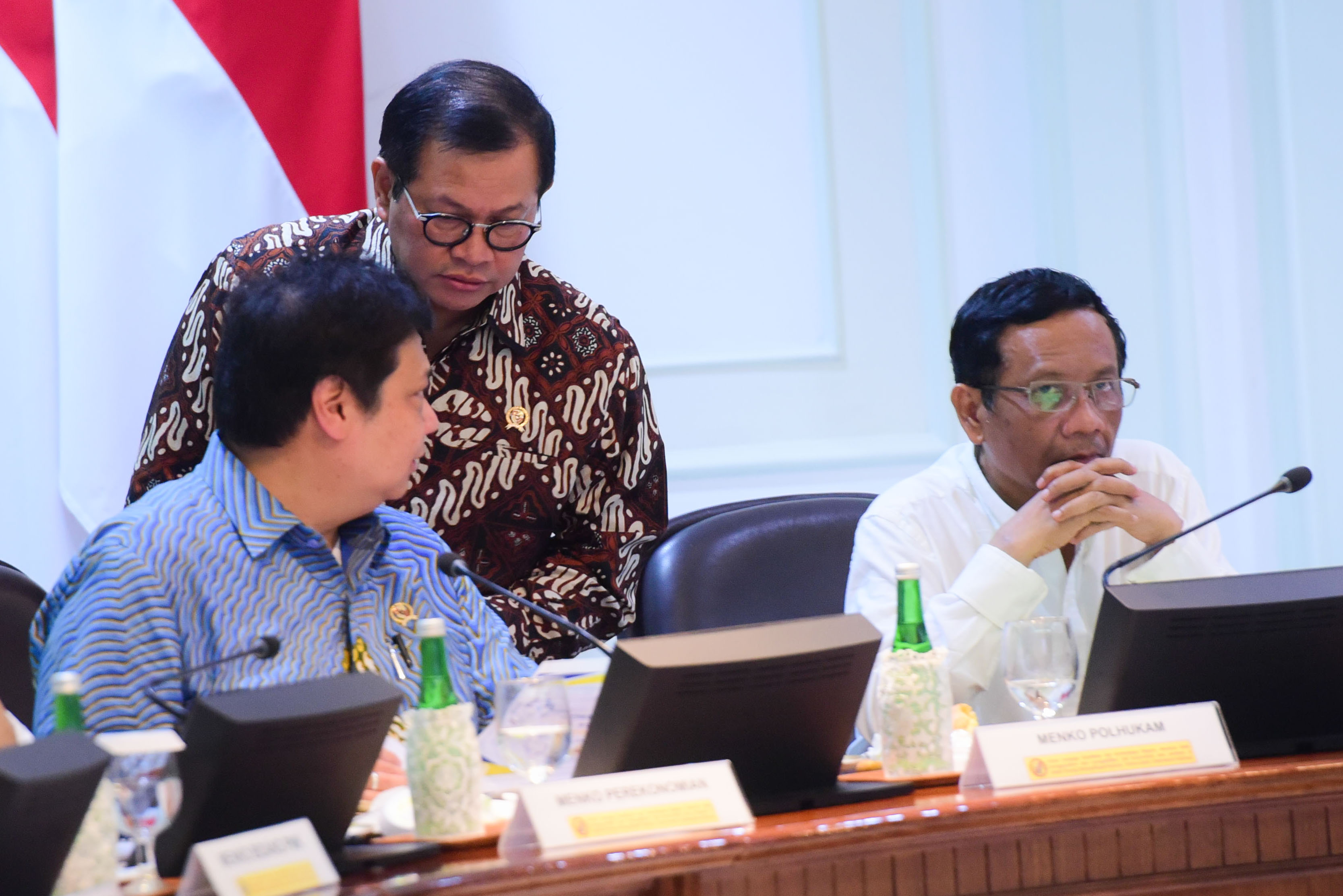 Cabinet Secretariat Pramono Anung converses with Coordinating Minister of the Economy Airlangga Hartarto prior to the Limited Cabinet Meeting started, at the Presidential Office, Jakarta, Monday (11/11). (Photo by: Rahmat/PR)

In a bid to boost trade balance surplus, the Government must narrow down trade balance deficit, President Joko ‘Jokowi’ Widodo has said.

“I urge the Ministers to concentrate on the breakthrough steps to reduce our imports, including fuel imports, which is our biggest contributor to the deficit,” President Jokowi said in his introductory remarks at the Limited Cabinet Meeting on Strengthening the Trade Balance at the Presidential Office, Jakarta, Monday (11/11).

Aside from prioritizing fuel refinery construction, the President continued, national oil lifting must also be increased, adding that the program to develop renewable energy—such as B20 program — is important to reduce the country’s dependence on imported fuels.

According to President Jokowi, investment opportunities in import substitution industries must be kept wide open to replace circulating imported products and create more jobs and provide goods for export.

President Jokowi also reminded the ministers to obey the policy of the Domestic Component Level (TKDN) in all government projects.

President Jokowi also ordered his Cabinet to improve the promotion of export products and tourism as well as investment abroad to build a good and integrated brand image.

“If you want to hold an exhibition, make sure it is a big one,” the President said, adding that the exhibition should be well prepared one year in advance.