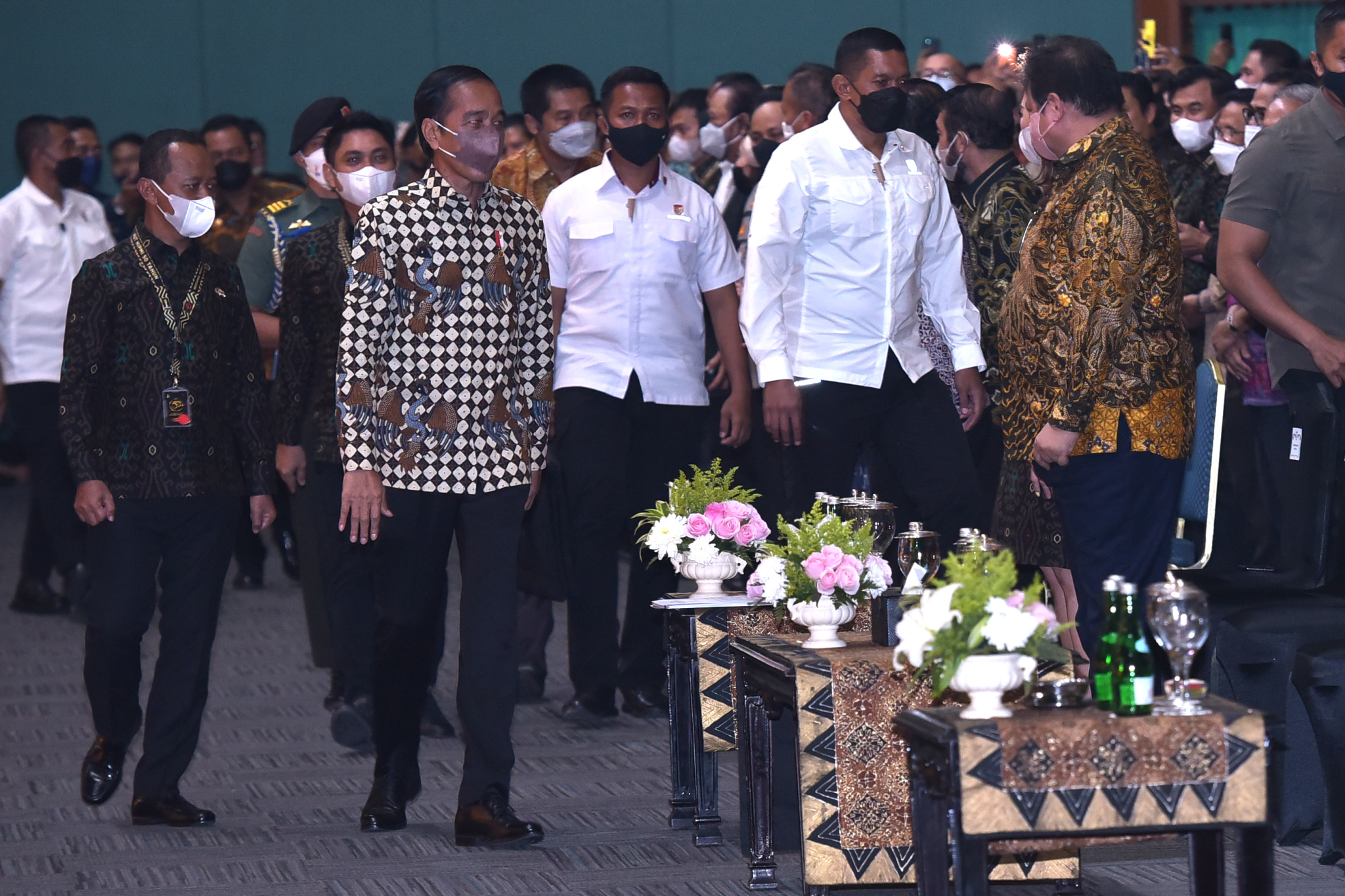 As global food crisis emerges, President Jokowi has urged all members of the Indonesian Young Entrepreneur Association (HIPMI) to seize opportunities in the food sector.

“This is what I need to remind you. Be careful of food issues. It also becomes an opportunity for entrepreneurs, especially HIPMI members to enter these sectors. Food, energy are opportunities because it is estimated that today there are approximately 13 million people starving in several countries due to food issues,” he said.

According to the President, several countries have limited food export, so food independence is paramount to Indonesia.

“The number of countries that have stopped food export has increased from three countries to 22 countries, thus, once again, food independence is essential,” he said, adding that HIPMI entrepreneurs can dive into business of food commodity, such as corn, sorghum, sago, cassava, and konjac (porang).

“Moving forward, I assure you that because of a much bigger problem, namely climate change, food will be an issue for all countries,” he said while urging HIPMI to be careful, especially of energy and food commodity price surges as the prices of natural gas have increased by 153 percent and coal by 133 percent.

“Be careful of other issues as well. We need to be vigilant of wheat, corn, soy price surges, which have increased by approximately 30 percent. It will impact everything. Wheat, because producers of 30-40 percent of [the world’s] wheat [supply] Ukraine and Russia are in conflict, the global price of wheat increases, and noodle, bread, everything is made of wheat,” he said.

As for corn, the President stated that seven years ago Indonesia imported 3.5 million tons of corn, but the data from the first quarter of 2022 showed a drop in import to 800,000 tons.

“It is a drastic decline, but we still have to solve the 800,000. Everyone who has land must plant corn so that we no longer import it,” he remarked. (TGH/UN) (DH/MMB)