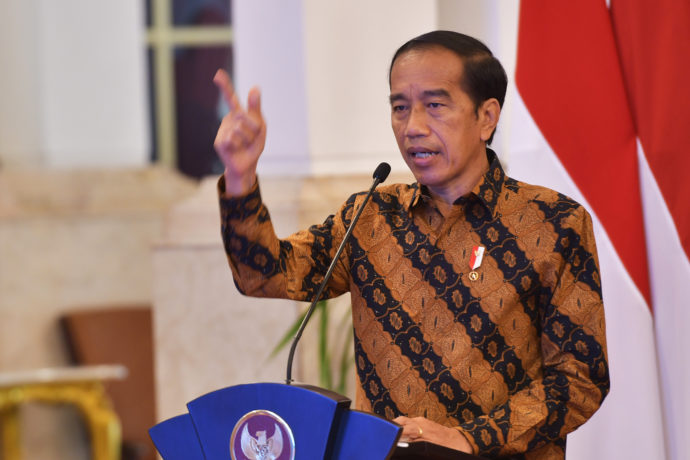 President Jokowi delivers remarks during the opening of the 2022 National Coordination Meeting for Government Internal Supervision at the State Palace, Jakarta, Tuesday (06/14). Photo by: PR of Cabinet Secretariat/Rahmat

President Joko “Jokowi” Widodo has urged Government officials to prepare for global uncertainty, including the threat of food crisis, energy crisis and inflation.

“We must be ready for this. Food supply must be managed properly, energy must be calculated correctly because half of our energy consumption is imported. Indonesia is a big country, and we need a lot of food supply. We also need a lot of energy supply for vehicles, industry, households and other sectors,” the President said during the opening of the 2022 National Coordination Meeting for Government Internal Supervision at the State Palace, Jakarta, Tuesday (06/14).

The President said that in the midst of the challenges and uncertainties, there are also opportunities that can be used by Indonesia.

“We can also use the threat of food crisis as an opportunity because many of our parcels of land have not been utilized,” the President said.

The President also underscored the importance of awareness in dealing with the current uncertain situation.

“The World Bank and the IMF have said that there would be approximately 60 countries whose economies would collapse. This is the uncertainty that I have mentioned earlier. We must be aware of this, and we must have a sense of crisis,” the President said.