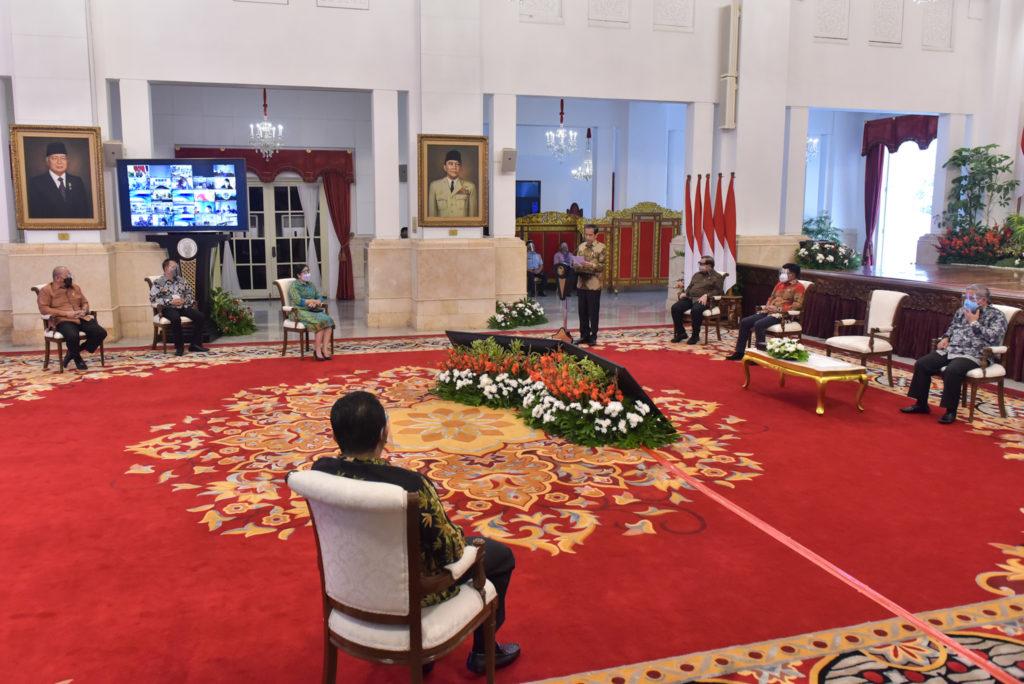 President Joko “Jokowi” Widodo appealed to the press to join in the efforts to build hope and voice optimism in facing the COVID-19 pandemic.

“The Government continues to welcome input from members of the press. Let’s build hope together, voice optimism. We want to succeed in handling the health crisis, handling the economic crisis and achieving many leaps of progress,” President Jokowi said during the peak event of the 2021 National Press Day (HPN) commemoration from the State Palace, Jakarta, Tuesday (09/02).

As part of an effort to overcome and rise from the pandemic, President Jokowi stated, the Government is striving to implement the COVID-19 vaccination program.

Furthermore, the President stated, the vaccination for the members of the press will also be gradually carried out. “Earlier I have said to Prof. Nuh (Chairperson of the Press Council) that for the start, at the end of February to early March, we have prepared vaccination for 5,000 media crews,” he said.

Meanwhile, Chairperson of the Indonesian Journalists Association (PWI) Atal S. Depari expressed his aspiration that a regulation to allow coexistence between conventional and digital media is necessary.

In response, President Jokowi said that parts of the aspiration have been accommodated in the Job Creation Law.  The Law also regulates broadcast digitalization.

“I have also received reports that a ministerial regulation has been issued. It regulates the governance of private electronic system organizers. This regulation sets the balance between the development of digital economy and data sovereignty. This is also intended to increase the convergence between conventional media and digital platforms,” he said. (FID/UN) (FI/MMB)