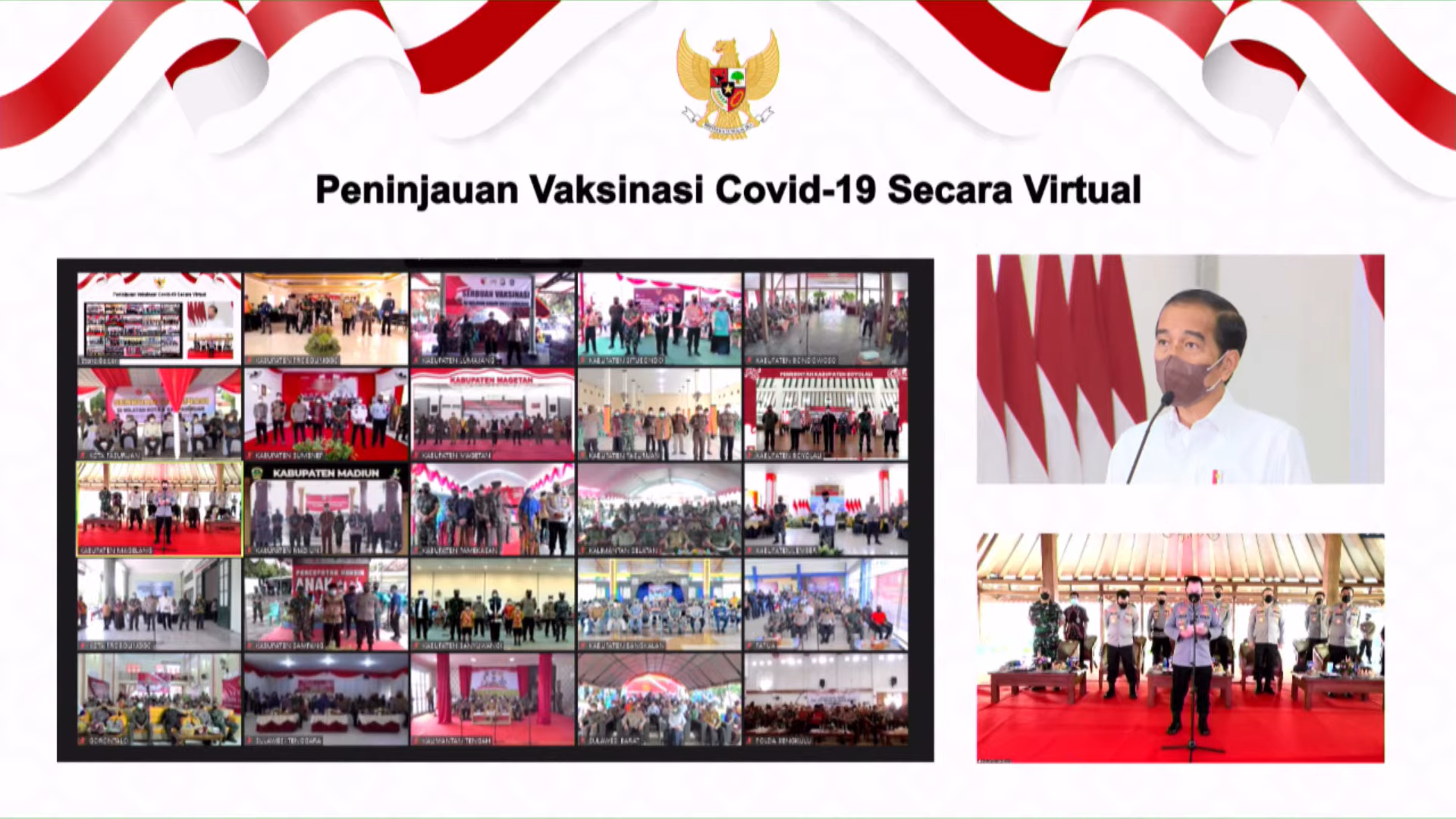 “There are still many regions in which the second and third doses [vaccination] are below 60 percent,” President Jokowi said from the Bogor Presidential Palace.

Therefore, the Head of State also urged the local governments to prioritize vaccination drive for the elderly since, according to him, 69 percent of those who died due to Omicron variant were the elderly and those who had not been vaccinated.

On the occasion, Chief of the National Police General Listyo Sigit Prabowo stated that this simultaneous vaccination drive is held at 5,107 locations targeting at least 1.1 million citizens.  The vaccines used in the vaccination drive are AstraZeneca, Moderna, Pfizer, Sinopharm, CoronaVac, Johnson & Johnson, and Sinovac.