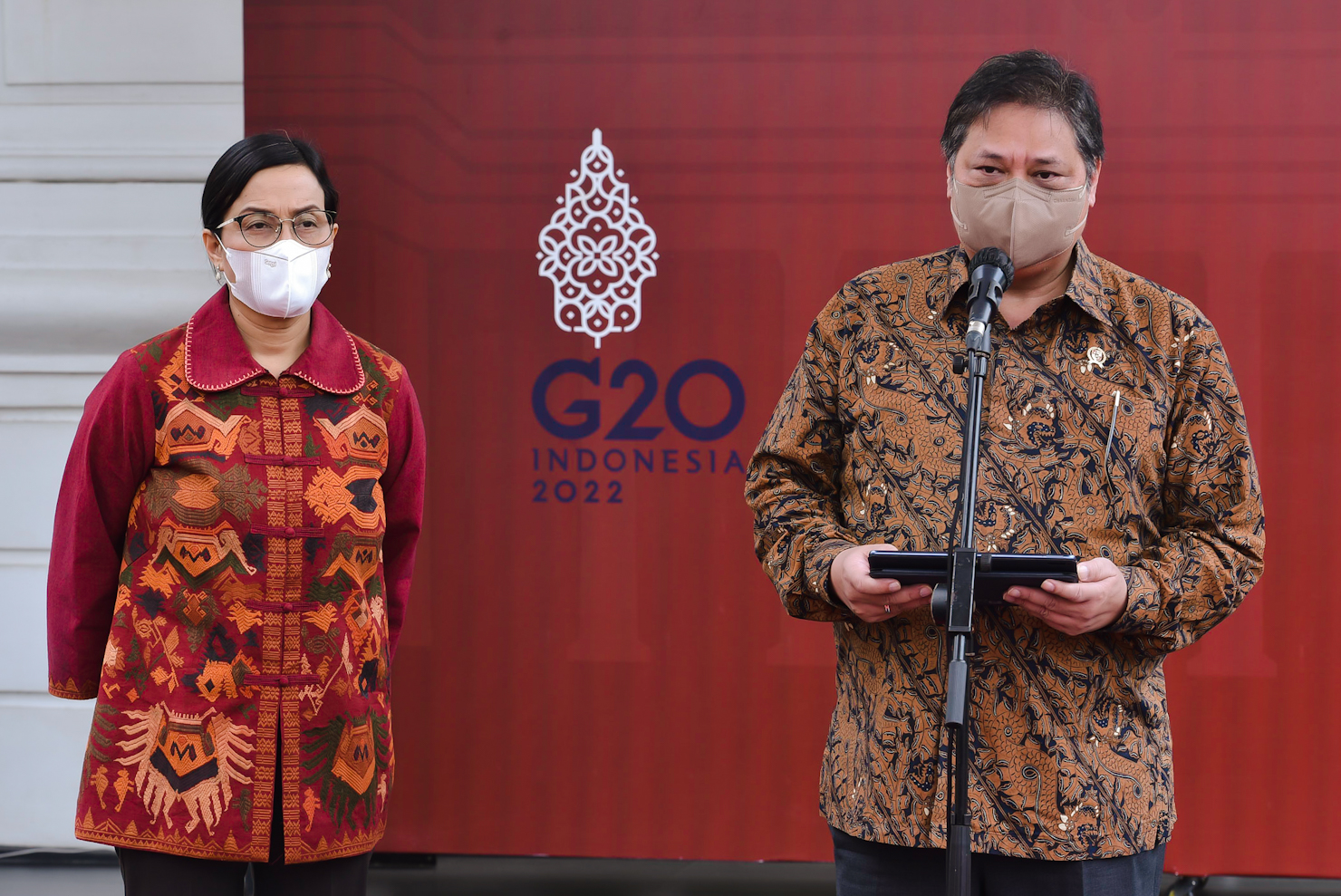 The escalating global geopolitical situation due to Russia and Ukraine conflict has aggravated the pressure on inflation and has caused rising global commodity prices, particularly on energy and food, and it also has made impacts on domestic economy.

To that end, President Joko “Jokowi” Widodo has called on his Cabinet ministers to monitor developments in global commodity prices and intensify protection programs for the people.

The President’s directive is revealed by Coordinating Minister for Economic Affairs Airlangga Hartarto when delivering his press statement with Minister of Finance Sri Mulyani after the Plenary Cabinet Meeting chaired by President Jokowi at the State Palace, Jakarta, on Tuesday (04/05).

“There are two impacts on Indonesia, one of which related to income from export activities which is certainly increasing, but the impact on domestic economy cannot be fully covered by the people. Therefore, Bapak President has directed to keep strengthening social protection,” the Coordinating Minister said.

Previously, President Jokowi has announced the policy of Cash Direct Assistance (BLT) for Cooking Oil given to 20.5 million families included in the list of the Non-Cash Food Assistance (BPNT) and the Family Hope Program (PKH), and 2.5 million street vendors who are selling fried food. The assistance will be given for three months, and each will receive Rp100,000 per month paid in advance in April. The PKH assistance and Basic Needs Card (Kartu Sembako), as well as BLT for villages are continually rolled out by the Government.

“A new program directed by Bapak President is Wage Subsidy Assistance (BSU) for workers earning less than Rp3.5 million. Each worker will receive Rp1 million and as many as 8.8 million workers are targeted to receive it which will cost Rp8.8 trillion,” Airlangga said.

Additionally, the Government will provide Micro Enterprises Productive Assistance (BPUM) amounting to Rp600 thousand per beneficiary for micro enterprises that are not receiving Cash Assistance for Street Vendors, Kiosks, and Fishermen (BT-PKLWN).

“The program will also be organized, Rp600 thousand per beneficiary which is similar to PKLWP cash assistance, and it has targeted 12 million beneficiaries,” he mentioned.

The Head of State also called on related offices to monitor the price of fertilizer which is also increasing, be it subsidized or non-subsidized fertilizers. The use of fertilizer will be prioritized for priority commodities, such as rice, corn, soybean, shallot, chili, sugar cane, and cacao.

“Subsidized fertilizers will also be limited, such as urea and NPK fertilizers. Today, we know that the price of urea fertilizer has almost reached USD1,000. Indonesia imports potash and KCL fertilizers from Ukraine, among other countries,” he said.

Airlangga added that President Jokowi also stressed that subsidy for fertilizer given by the Government should be well-targeted to stimulate sufficient food supply.

“Bapak President keeps reminding that subsidy for fertilizer should be well-targeted. So, the farmers can receive the fertilizer, and the price of fertilizer does not cause scarcity of fertilizer which will not stimulate a safe food supply,” he remarked. (TGH/JW/UN) (AW/MUR)