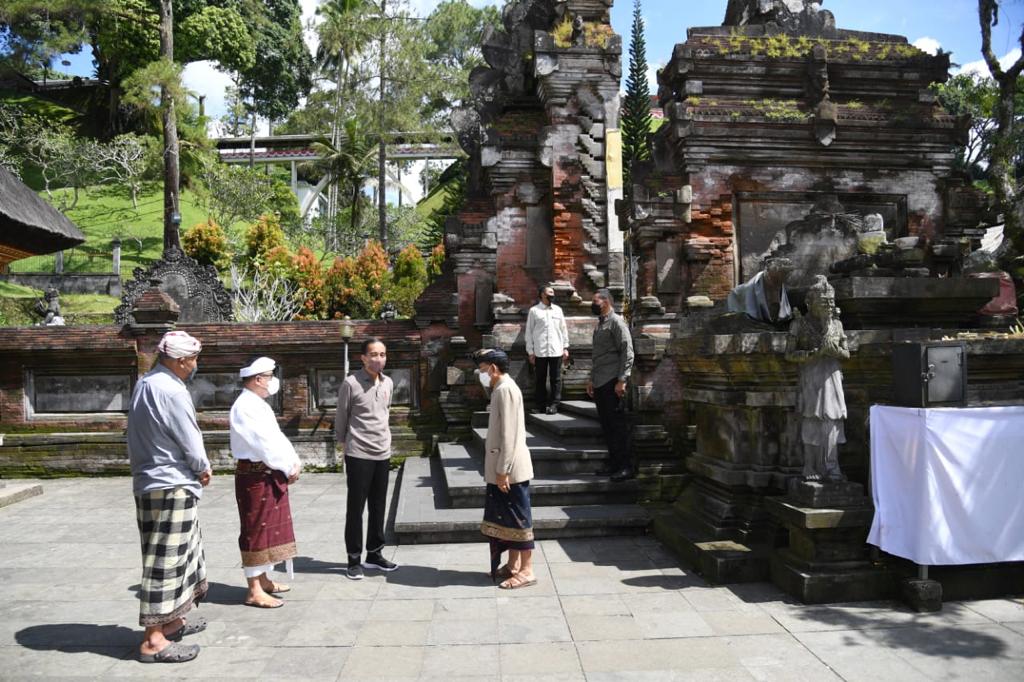 “I noticed this is a clean, preserved temple and also a lot of tourists have now begun to visit the temple,” President Jokowi said.

For the record, Tirta Empul Temple—which is located to east of the Tampaksiring Presidential Palace and has a clear spring used as a place of religious ceremonies and tourism—has been added to the world heritage list.

Therefore, the President urged both the local government and the community to take part in preserving the temple.

“I have a message. Please remain disciplined in observing health protocols and keep the place clean for the temple is the asset of the state, the community, and the local peoples that provide welfare to the people in the traditional villages and to the local government,” President Jokowi remarked.

On the occasion, Bendesa Adat (head of village whose job is to coordinate customary matters in the village) of Tirta Empul Temple Made Mawarnata said that the temple had experienced a decline in tourist visits during the pandemic; yet now tourists have started to visit, especially domestic tourists and few foreign tourists.